Following the passage of Sunday’s cold front, colder temperatures have moved into Northern Michigan. Highs today reached only 71 degrees in Alpena, 68 degrees in Cheboygan and 66 degrees in Ironwood. 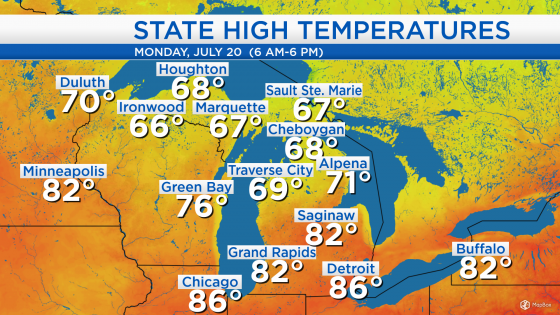 Cool temperatures will remain in Northern Michigan for the next couple of days. Highs Tuesday and Wednesday will reach the upper 70s. As winds shift out of the south late-week, then a warming trend will get underway. Highs will warm to the lower 80s Friday and upper 80s Saturday. 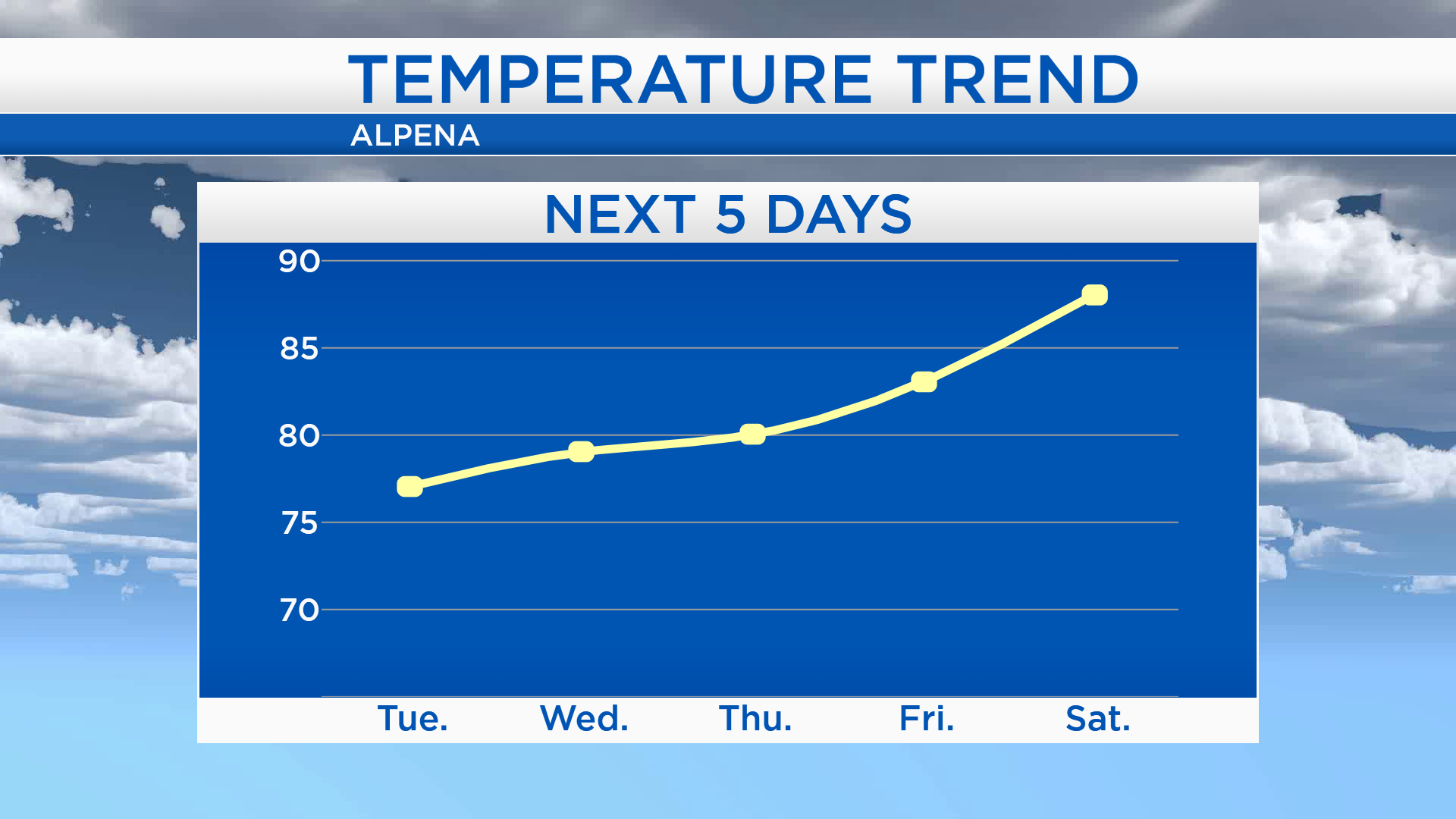 The next storm system coming out of the Plains will move toward Michigan and bring showers to Northeast Michigan early Wednesday. Total rainfall amounts will be one-quarter to one-half inch of rain (mainly in the morning). 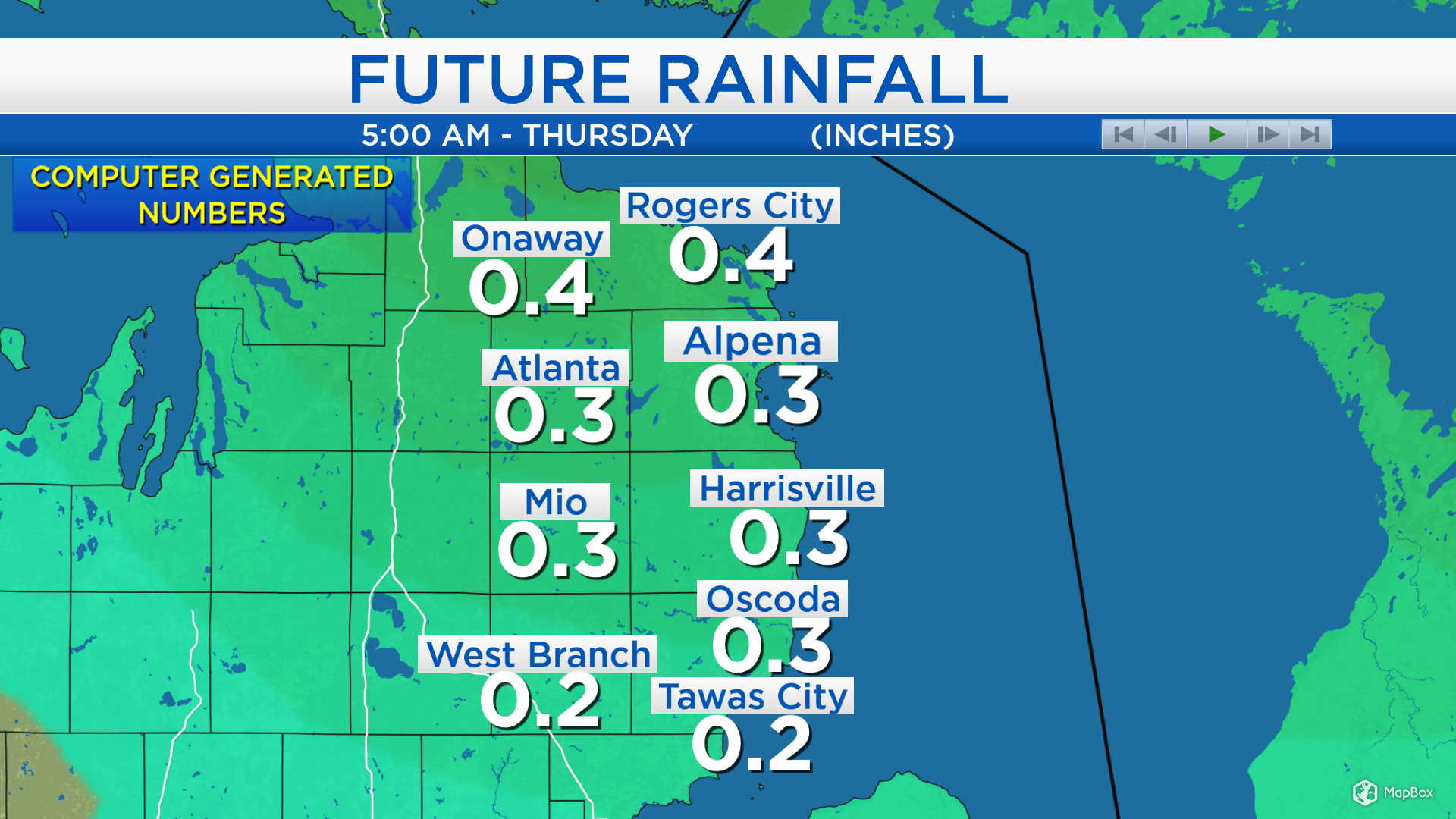 Wednesday: Showers predawn to midday, then late-day clearing. Predawn lows will be near 60 degrees. Midday temperatures will climb into the 70s. Highs will get close to 79 degrees in the late-afternoon. 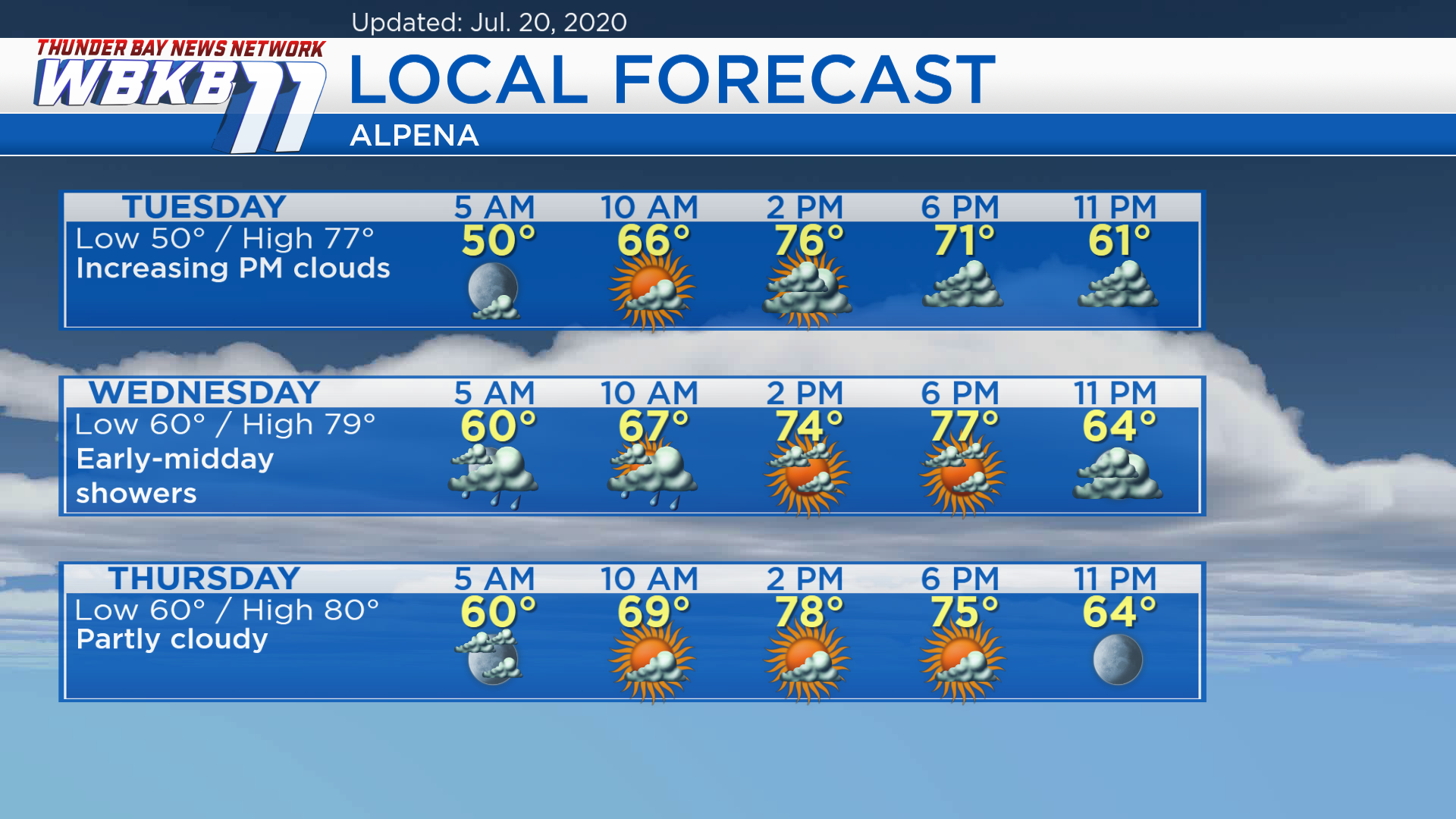 Cold start to summer, and a chance of showers Tuesday afternoon