Today the first of three goose hunts took place at the Alpena County Fairgrounds and Michikewis park on Thurday.

From sunrise to 1 p.m, a group of hunters selected by Alpena County Commissioner Don Gilmet managed to collect 48 geese between the two locations.

The goal isn’t to eradicate the population but instead control it. Making sure they’re also treated with respect is important to the hunters. “We try to recover all of the geese that we shoot,” said Gilmet. “We have one of the city policeman on the river that assist with that. He had to pick up two today that got that far and he dispatched them and harvested. So none got away and that ‘s a great thing. We don’t want to waste wildlife.” 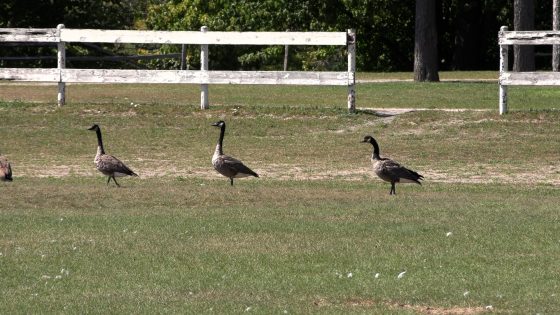 While signs were posted to stay away from the area, there were still a few people that entered the shooting area. Gilmet wants people to understand they need to refrain from those areas while the hunt is on. “We had just shot at some geese and then we noticed the two people coming so I just ran out and told them they need to go the other way and they did,” he said. “It’s always safe. As soon as we see that everyone puts their guns on safe. Nobody’s going to shoot when there’s civilians on the track like that but worked out well. It’s typical, there’s always a couple.”