On Thursday and Friday, the Salvation Army of Alpena was hard at work making sure students have what they need for school this year.

They hosted a supplies giveaway for parents and kids where they could pick up backpacks full of what they need, as well as clothes. 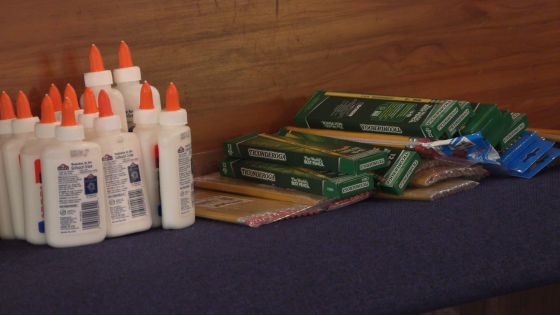 The Salvation Army has noticed more organizations holding similar giveaways and because of that, they’re seeing less people come in. They see it as a positive and part of the reason why they wanted to put more focus on clothes this year. “I know it’s easier to go and buy a packet of pencils,” said Maj. Prezza Morrison. “I went shopping for these items and a packet of underwear, socks, or t–shirts were over $10, and when you add that to the clothing they already have to buy, that can be an extra cost for them especially the way the economy is.”

Most of the items being given out were donated by members of the community and items left over from the past two days will still be available. Anyone interested is encouraged to call the Salvation Army of Alpena.