A storm system currently centered over Oklahoma is spreading rain, snow and ice from the Gulf Coast to the Great Lakes. Heavy rain is drenching the Ohio Valley Region. Snow and ice on the northwestern side of this storm system will move through Northern Michigan Saturday.

During the predawn hours and continuing into early Saturday morning, a burst of heavy snow will affect Alpena. Areas near and south of M-72 will also face icy conditions due to freezing rain and sleet mixing in. A lull of lighter snow showers is expected midday. A second round of heavy snow will move in late Saturday and last through Saturday night. 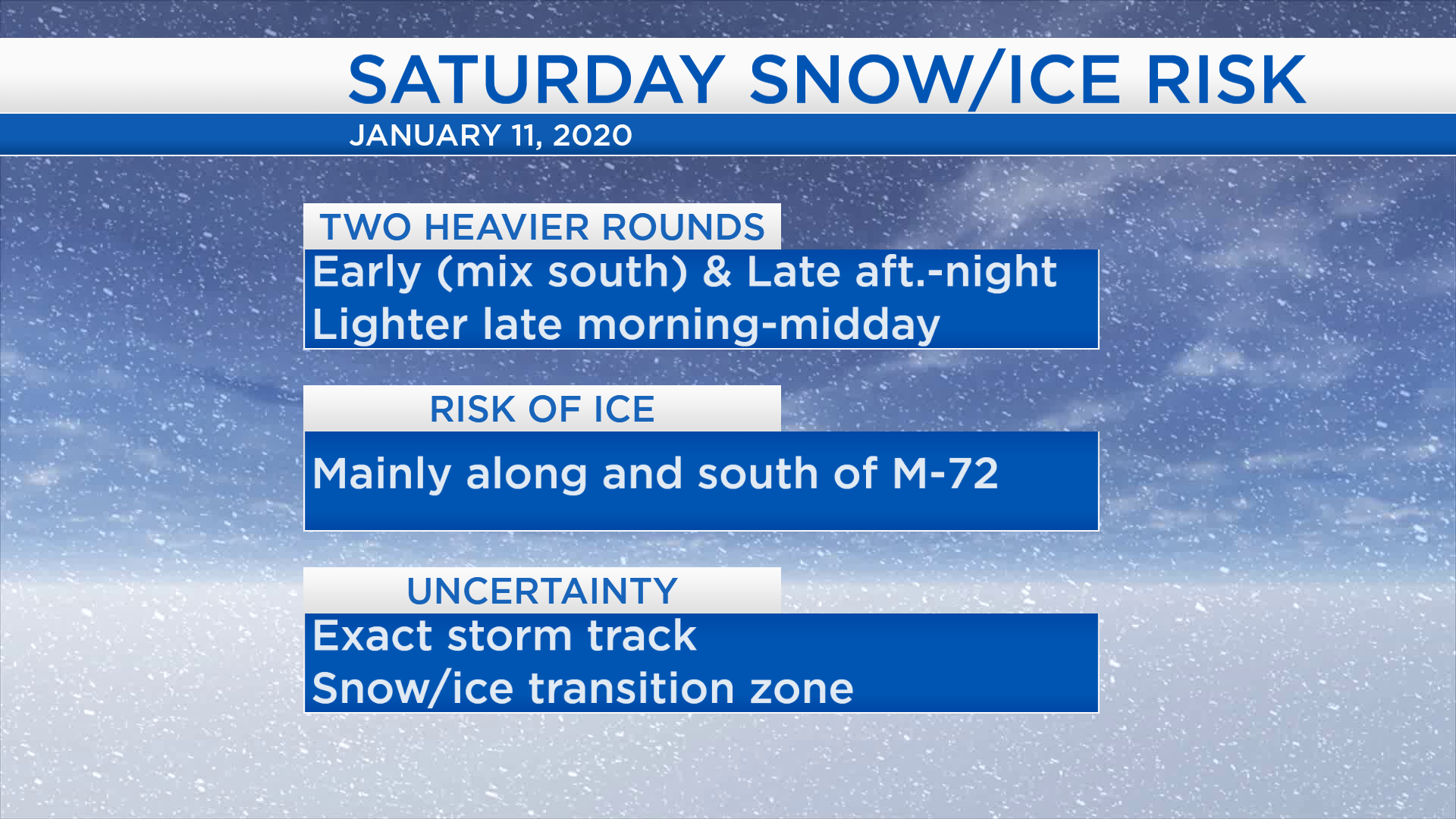 Areas that stay mainly snow will likely get 6-12 inches between both rounds early and late Saturday. For areas near and south of M-72, snow amounts will be a little less because greater ice amounts are expected. For the areas shaded in pink 3-8 inches of snow are expected, generally the lower end of that range will be farther south and the higher end will be farther north. 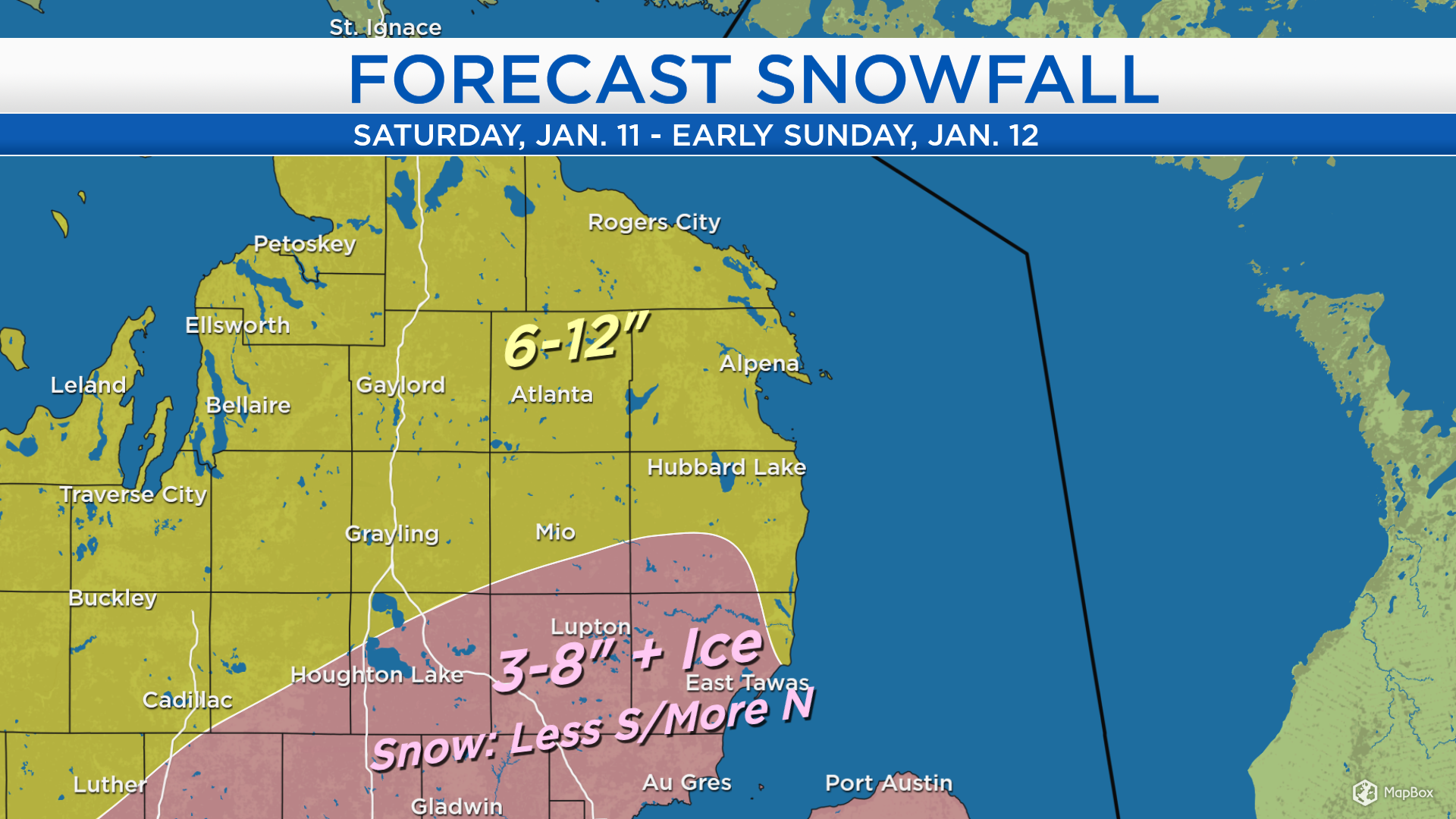 Two rounds of heavy snow are expected Saturday — early and late with a lull midday. Ice will be a greater concern for the southern part of our area. Snow will exit Sunday morning and drier conditions will settle in late-day. Temperatures will be cooler on Sunday with highs near 20 degrees. A few flurries will be possible early Monday but amounts should be insignificant. For the rest of Northeast Michigan’s weather forecast, watch the latest weather video by clicking the weather tab at the top of the page. 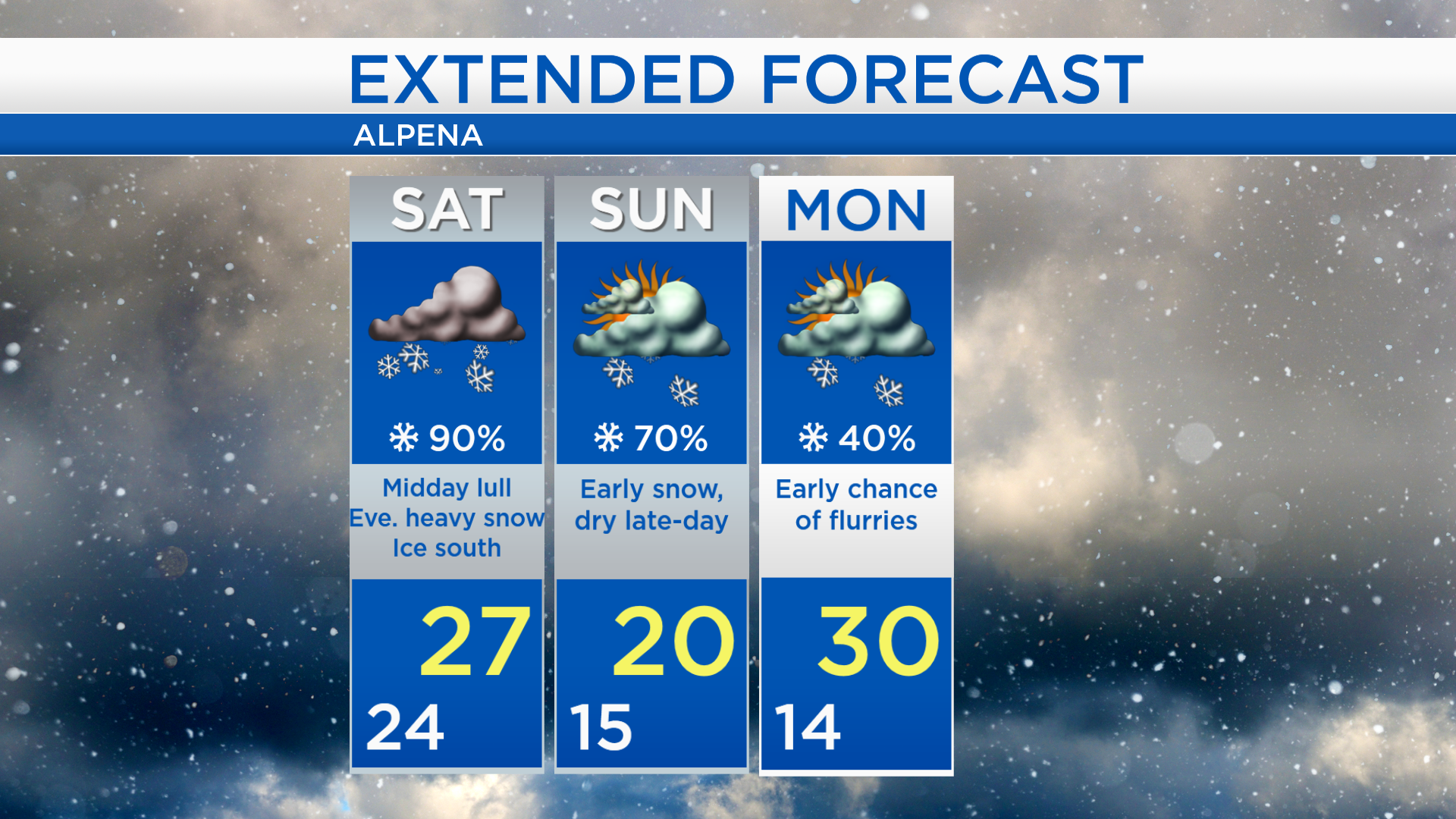 Farnum’s Lake Trout is the Fish of the Week