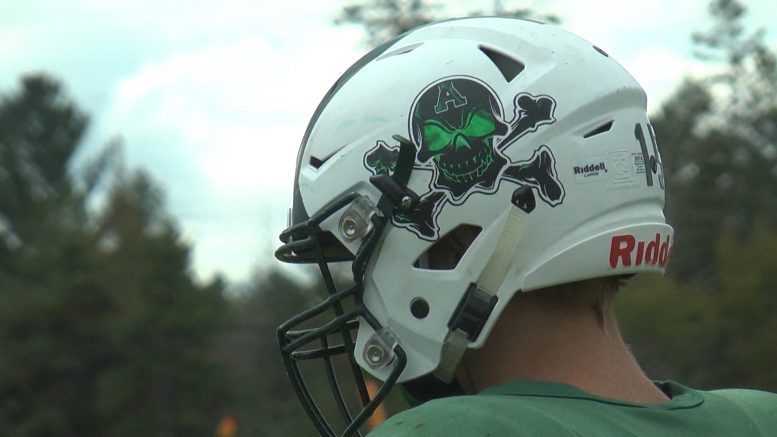 Alpena — The Wildcats are coming off a confidence boost after defeating Escanaba week one 30-21. Suszek led Alpena with 8 tackles. For week two Alpena will travel to Sault Ste. Marie to battle the Blue Devils who won their week one opener over Cheboygan 6-0.

“Last year they were a tough team. Super close game, ” said Quarterback Anakin Sims. “We just got to perform well, and I believe that we will come out the same as last week.”

The 2017 match-up between the Wildcats and Blue Devils ended in a 27-26 victory for Alpena. This year, the green and white have to be ready to stop the rush.

“Their running back, I heard he’s really good,” said Defensive Lineman Zac Suszek. “Just need to keep the running back contained and make it look good.”

The green and white face Sault Ste. Marie on the road Friday at 7 p.m.

Alpena Wildcats improve on speed and defense for 2018-19 season

Man Crashes His Truck into a Alpena Restaurant