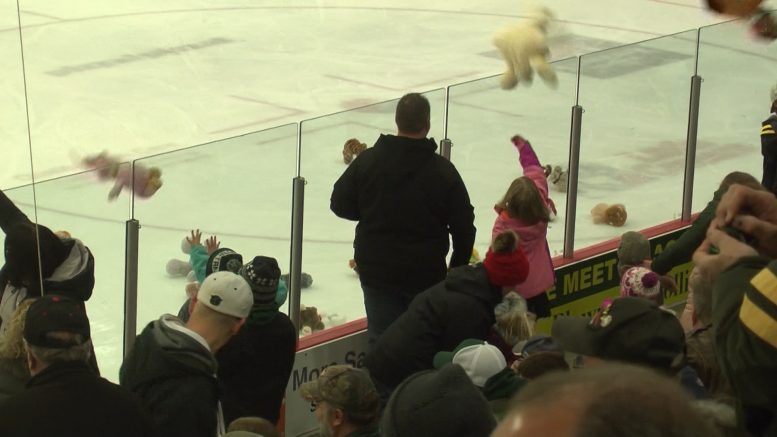 When it comes to hockey games, the last thing you would probably think is a bunch of teddy bears being thrown onto the ice after a goal. The Teddy Bear Toss is one of the best traditions that never graduates and it’s going to be held at Northern Lights Arena. On Friday, the Wildcats (1-3) return to the ice as they square off with Traverse City Bay Reps in their Annual Teddy Bear Toss. The teddy bears are gathered up and donated as gifts to those who are in need during this holiday season.

“When we score, the nets are going to be lowered and the fans are going to throw their teddy bears out on the ice,” said Wildcats Forward Charlie Halleck.

Alpena is coming off a dominating victory last time out, as they defeated Sault Ste. Marie by a score of 6-0 in a consolation game. Meanwhile, Traverse City Bay Reps (2-0) are off to a hot start as they have recorded 13 goals in their first two games. Puck drop is at 6 p.m.