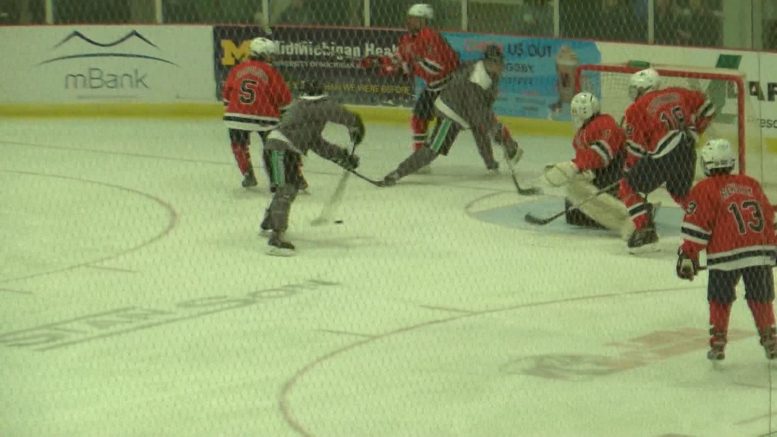 ALPENA, Mich. — When it comes to the beginning of the regular season, teams try to, “clear the cobwebs” off of them right away so they can back to their groove. The Alpena Wildcats ice hockey team just couldn’t put the pieces together in their home opener, losing to University Liggett by a score of 2-1.

Anden Marceau scored the lonely goal for the Wildcats in the second period. Marceau was able to get through a defender by putting the puck between his legs and then fired a shot off the post but was able to get it right back and found the back of the cage.

Just minutes after, the Knights tied it up at one apiece as Alec Leonard was able to find the back of the net off the power play.

Late in the third period, the Wildcats gave up a costly turnover in their own zone as Rocco Scarbone received the pass from Will Nicholson and gets it  by Jimmy Bolanowski for the game-winning goal.

Bolanowski recorded 21 saves on the night. Alpena wraps up their Fall Showcase on Saturday as they host Macomb. Puck drop is at 1:30 p.m.