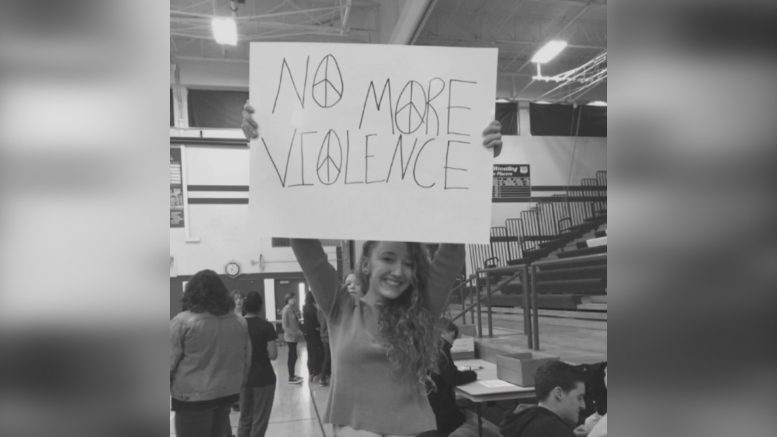 Wednesday’s National School Walkout was one of three marches and walkouts taking place over the next month. Alpena High School was one of more than 85 schools in Michigan to walk out of their classrooms as a stand against gun violence in honor of the Parkland victims.

For 17 minutes, students across the country memorialized the 17 souls lost on Valentine’s Day.

“About two weeks ago a group of students came to me wanting Alpena High School to participate in the National School Walkout day,” said AHS Prinicpal Thomas Berriman, “and obviously school districts don’t participate in protests.”

At the least, Berriman said, he wanted to provide students a structured environment where they could exercise their First Amendment rights without disrupting the normal school day.

More than 150 met in the school’s gym to protest against gun violence and to write letters to their state and federal representatives.

“Again as a school, we just simply listened to them and gave them a platform,” said Berriman. “They have their First Amendment rights in school and we want to just make sure we respect it. We respect every view. Some students chose not to participate and we respected their opinion just as much as we respected the 150 kids that were in the gym.”