Much of the Midwest is seeing mostly cloudy skies, and the gray weather will persist through the weekend. A storm system currently moving from Montana to South Dakota will continue to drift across the Plains, arriving in Northern Kansas tomorrow. After that, the storm system will turn toward the Great Lakes, centered over Wisconsin on Sunday. 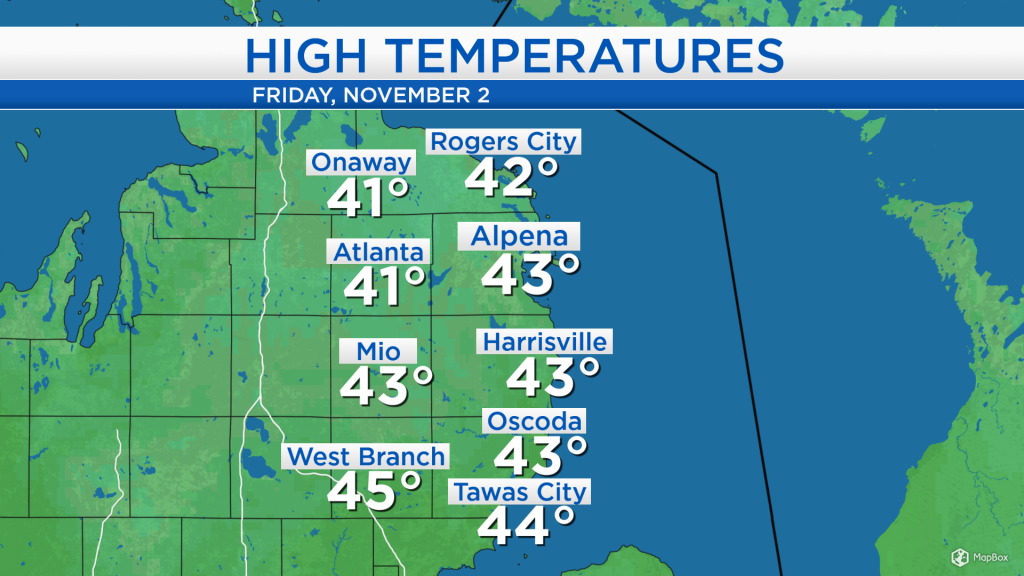 As the wet weather moves in later this weekend, winds will shift out of the southeast on Sunday, then out of the south on Monday. The shift of wind direction will bring mild temperatures for Monday and Tuesday. A second storm system will produce rain on Tuesday, then after it leaves, significantly colder air will move in by the end of next week. 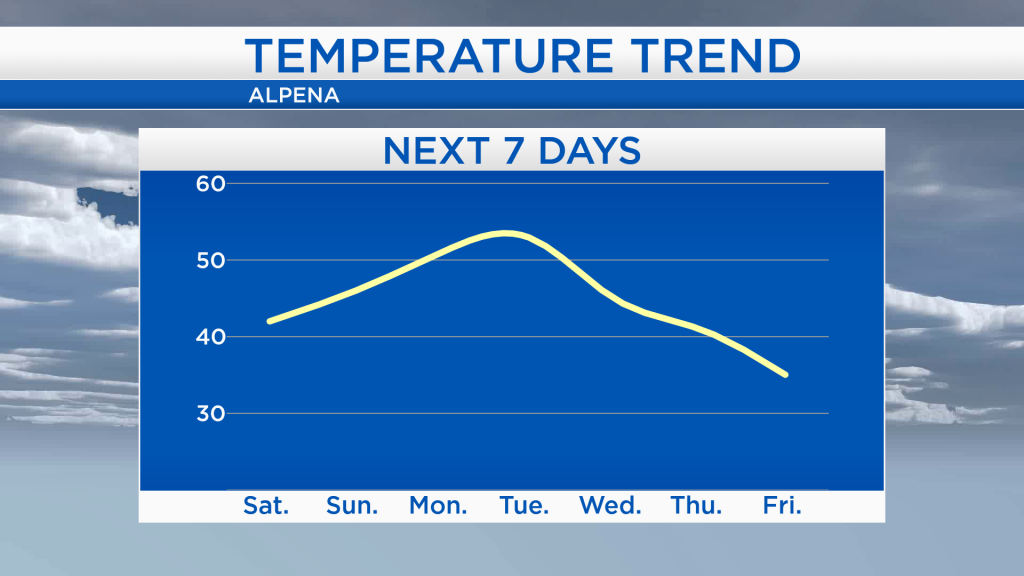 For tomorrow, cloudy skies will last much of the day. Temperatures will start close to 30 degrees in the morning, then reach the lower 40s in the afternoon. At least the weekend will start dry, a wet finish to the weekend is likely on Sunday. 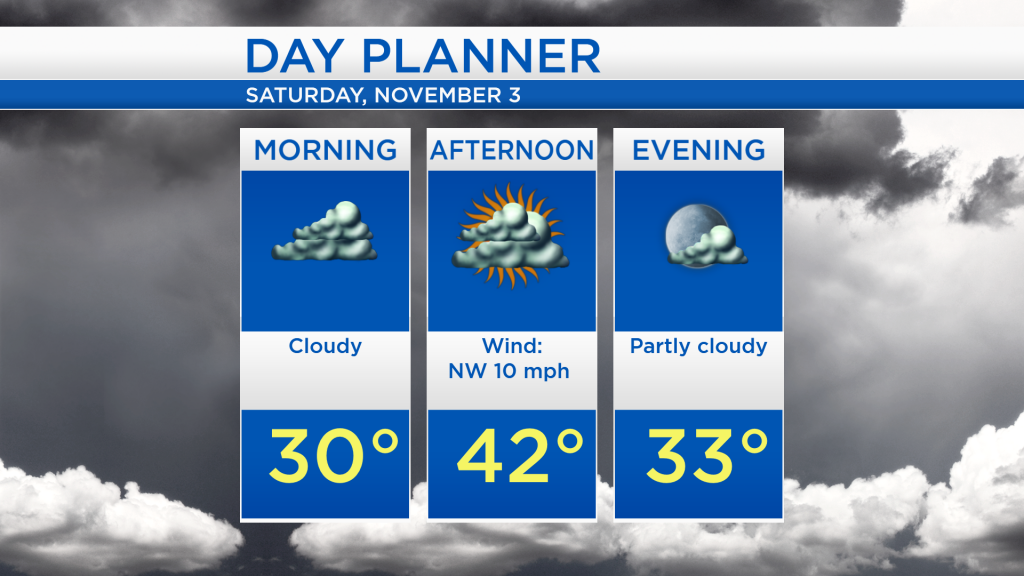 Similar afternoon temperatures observed on Friday will repeat on Saturday with mostly cloudy skies. The chance of rain steeply increases Sunday afternoon with high temperatures around 46 degrees. High temperatures will warm into the lower 50s on Monday and Tuesday, and several hours of dry weather are possible late on Monday. For the rest of Northeast Michigan’s weather forecast, watch the latest weather video by clicking the weather tab at the top of the page. 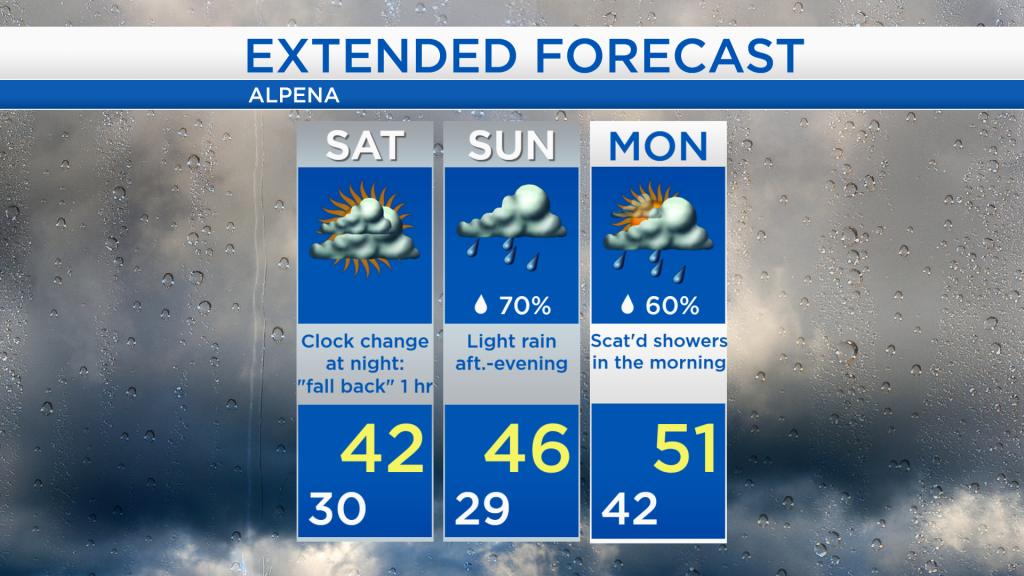