High temperatures today reached 75 degrees in Alpena, 77 degrees in Traverse City, Mich. and 78 degrees in Green Bay, Wis. Sunshine combined with a strong breeze from the southwest brought these warmer temperatures into Northern Michigan. The warmth will continue Wednesday … then a weak cold front will move through our area and bring notably colder temperatures. 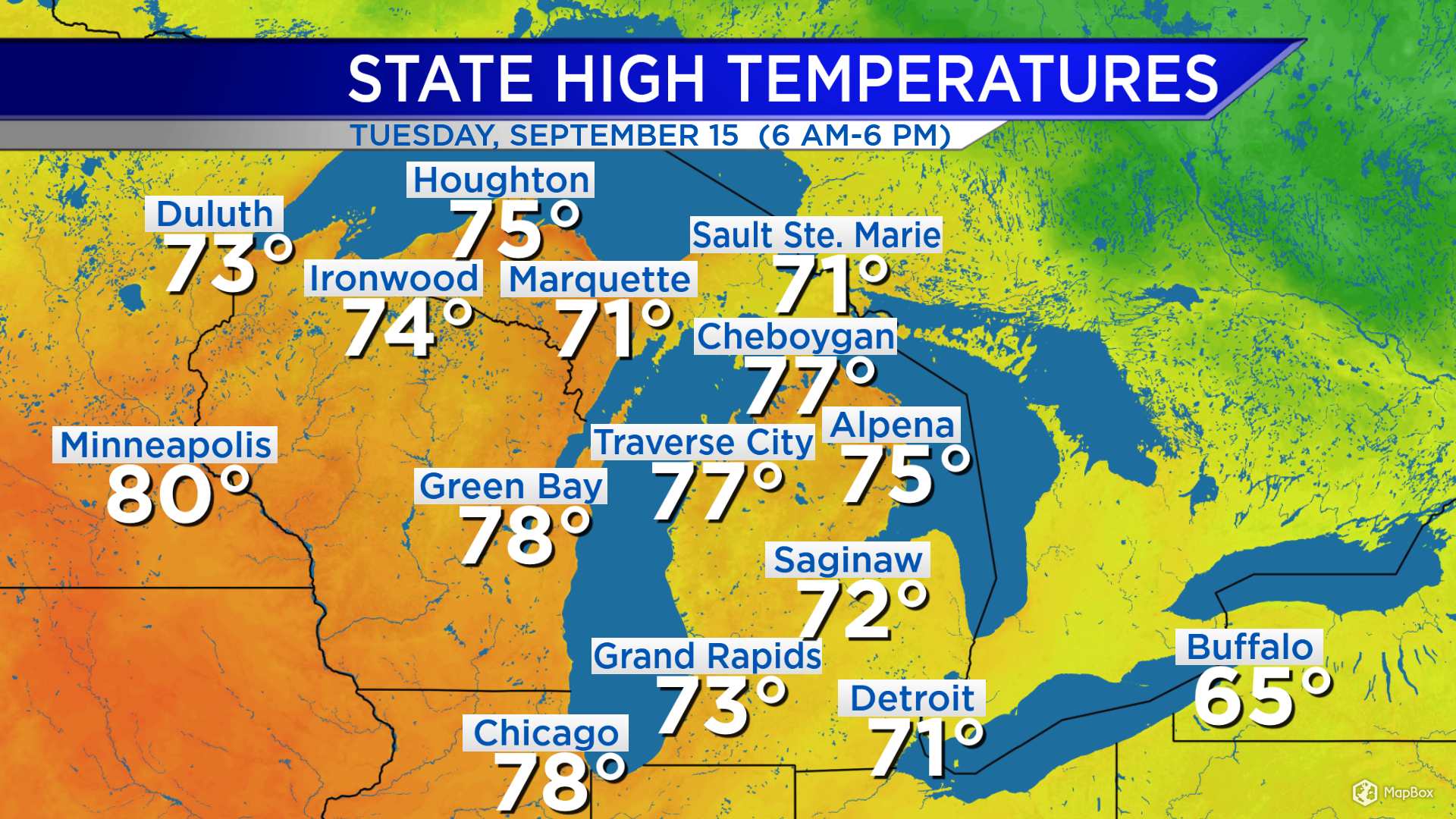 The chance of showers will be minimal with the incoming cold front late-day Wednesday. After the cold front moves through: highs will be in the upper 50s Thursday, middle 50s Friday, and near 60 degrees Saturday. 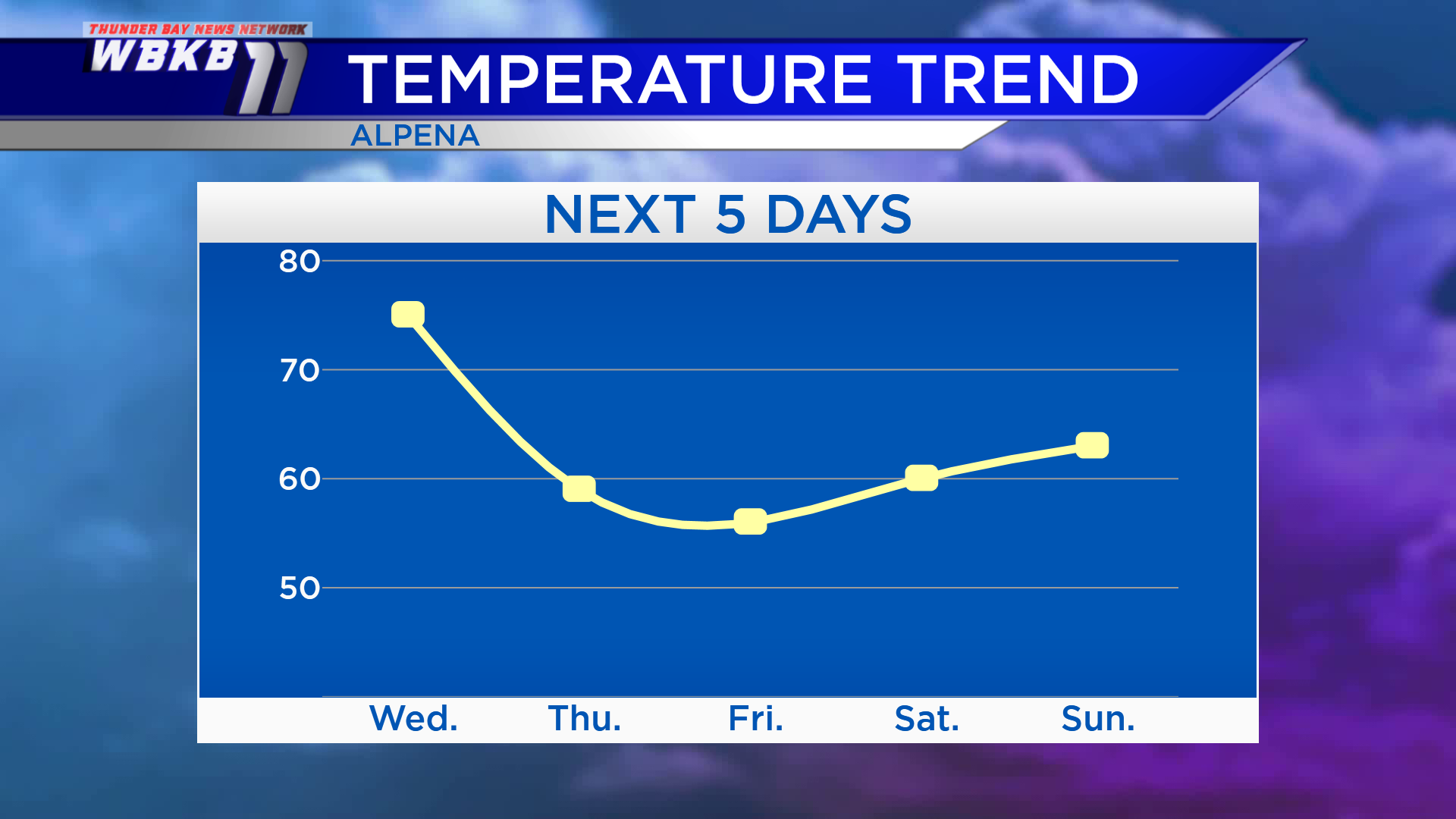 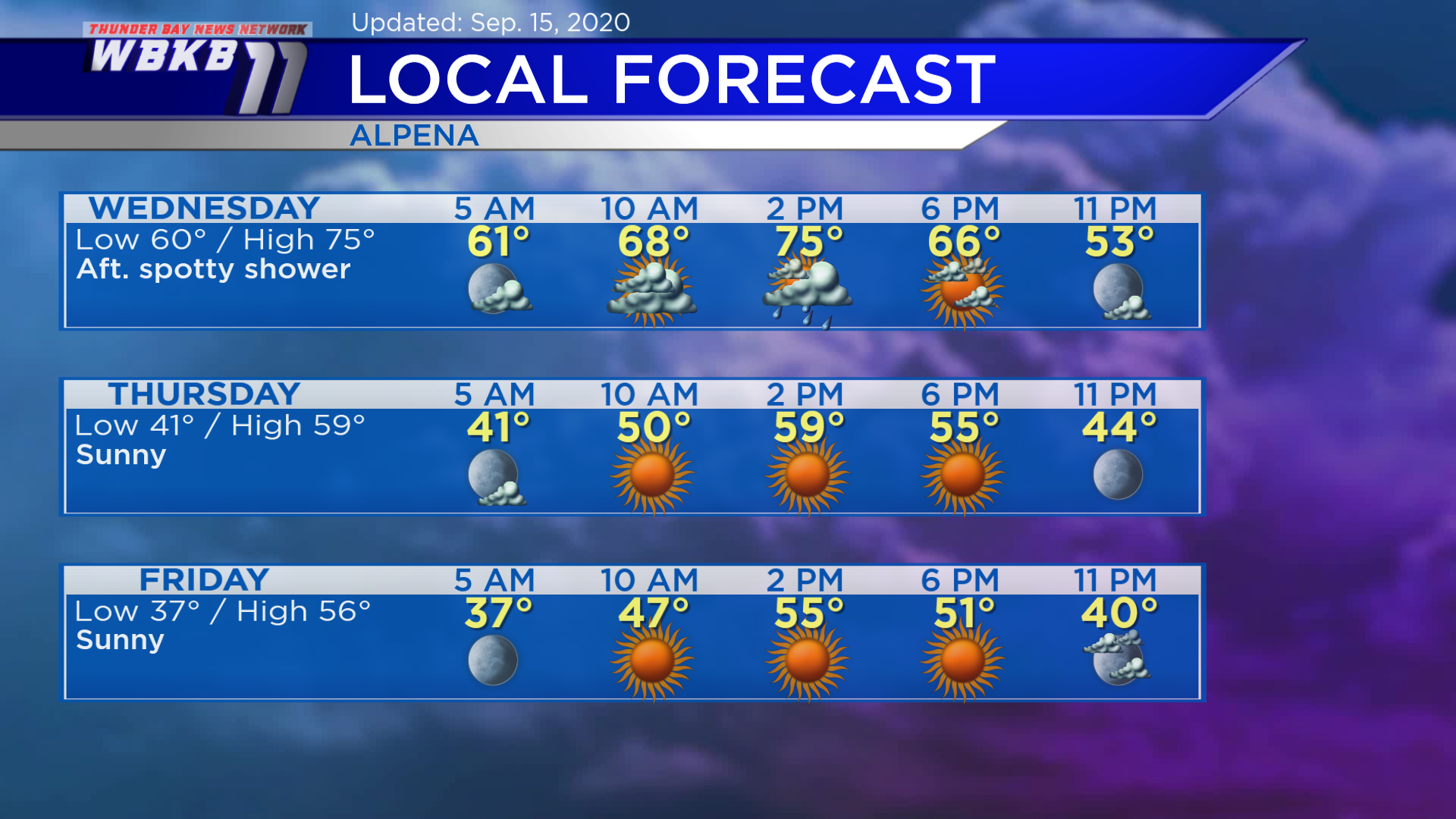 Hurricane Sally will make landfall early Wednesday somewhere between Biloxi, Miss. and Pensacola, Fla. The big issue for that region of the Gulf Coast will be flooding rain and inundating storm surge. By Thursday afternoon, Sally will be moving toward Georgia and weakening to a depression. 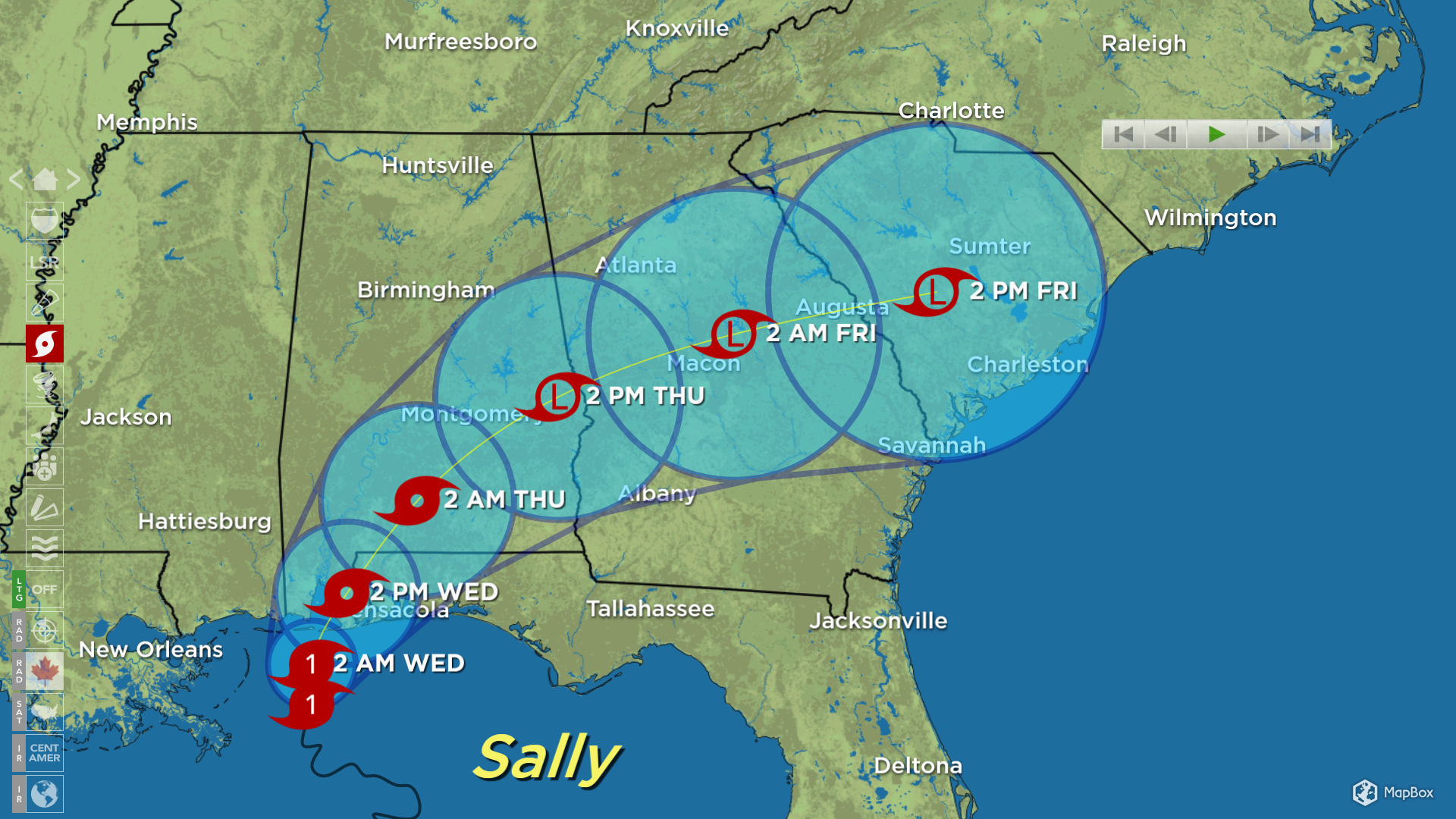 Hard freeze overnight for some; Another round of showers Friday