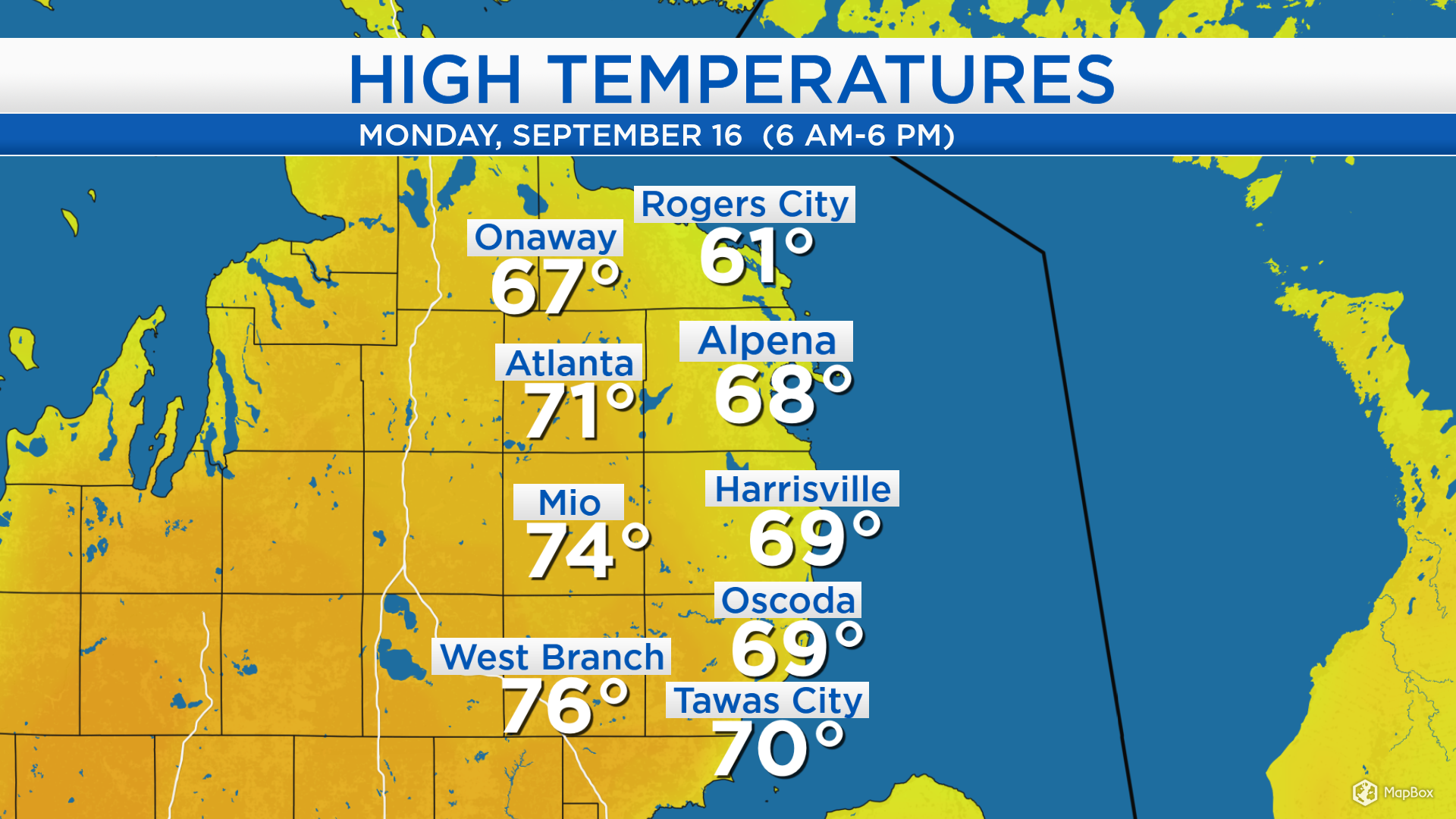 Some cloud cover just to our west will move through our area over the next couple days. Skies should remain dry through the middle of the week. However, fog could develop overnight and last into the early morning hours of Tuesday. Our next chance of rain looks to hold off until the end of the week.

Getting up to speed on this year’s tropical storms: Erin, Fernand and Gabrielle occurred while Hurricane Dorian was making headlines:
-Erin started as an unnamed tropical disturbance August 26, a few hundred miles east of the Georgia coast. It looped and headed northward, peaking at tropical storm strength, then dissipated three days later off the North Carolina/Virginia coast
-Fernand spun up in the Gulf of Mexico on September 3. It was a short-lived tropical storm, existing for only one day as it made landfall in northern Mexico.
-Gabrielle was longest lasting and least impactful to any landmass, it formed September 3 as an unnamed tropical depression several hundred miles west of the Cabo Verde islands. It tracked north and strengthened over the following few days. Gabrielle’s wind speeds became strongest on September 8, at tropical storm intensity. As it continued northward, the storm became non-tropical on September 10.

Now, Hurricane Humberto is tracking eastward through the Atlantic Ocean. It is forecast to strengthen, reaching category 3 winds on Wednesday. The forecast path takes Humberto just north of Bermuda late Wednesday-early Thursday. After that, the forecast for Humberto is to veer northward and weaken to a tropical storm over the upcoming weekend. 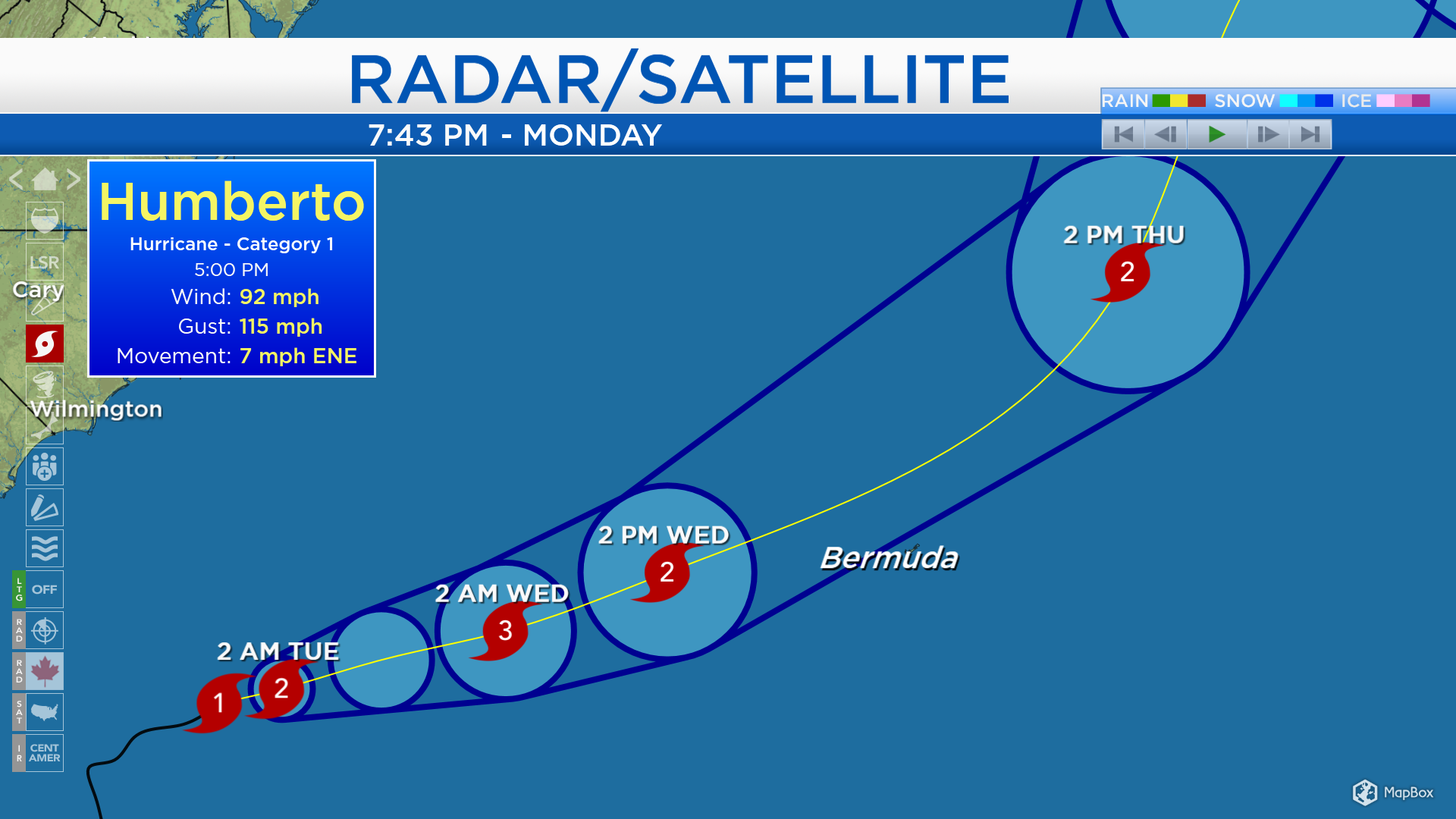 Overnight, low temperatures will cool to about 50 degrees and patchy fog will develop across Northeast Michigan. Areas of fog could remain an issue in the morning, then partly cloudy skies are expected in the afternoon. High temperatures will get close to 73 degrees with light winds from the southeast. 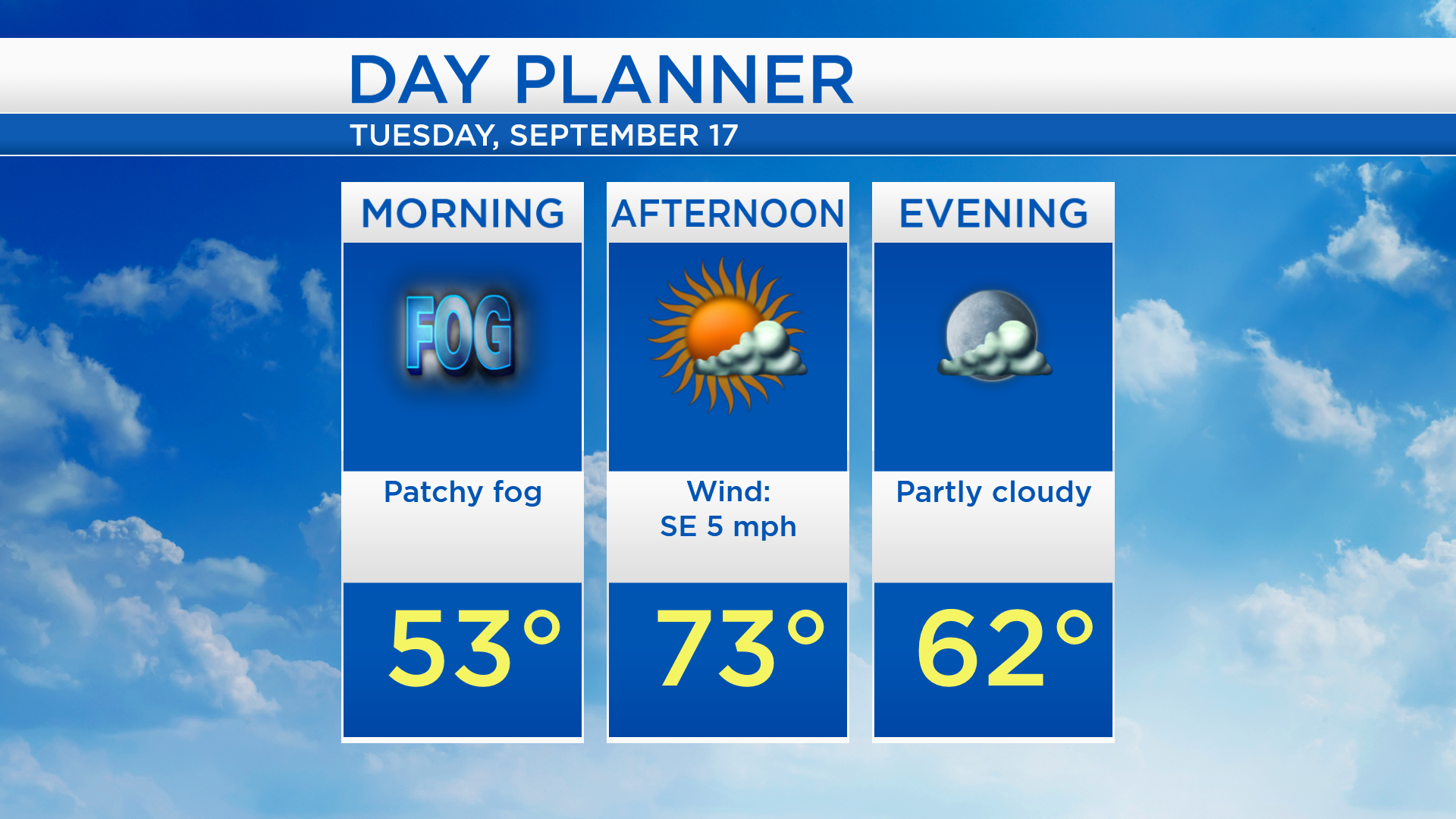 Partly cloudy skies will remain in our area over the next few days and high temperatures will get progressively warmer. Afternoon temperatures will reach about 73 degrees tomorrow, 77 degrees Wednesday, and near 80 degrees Thursday. The next chance of showers will arrive Friday and warm temperatures will continue until the end of this week. For the rest of Northeast Michigan’s weather forecast, watch the latest weather video by clicking the weather tab at the top of the page. 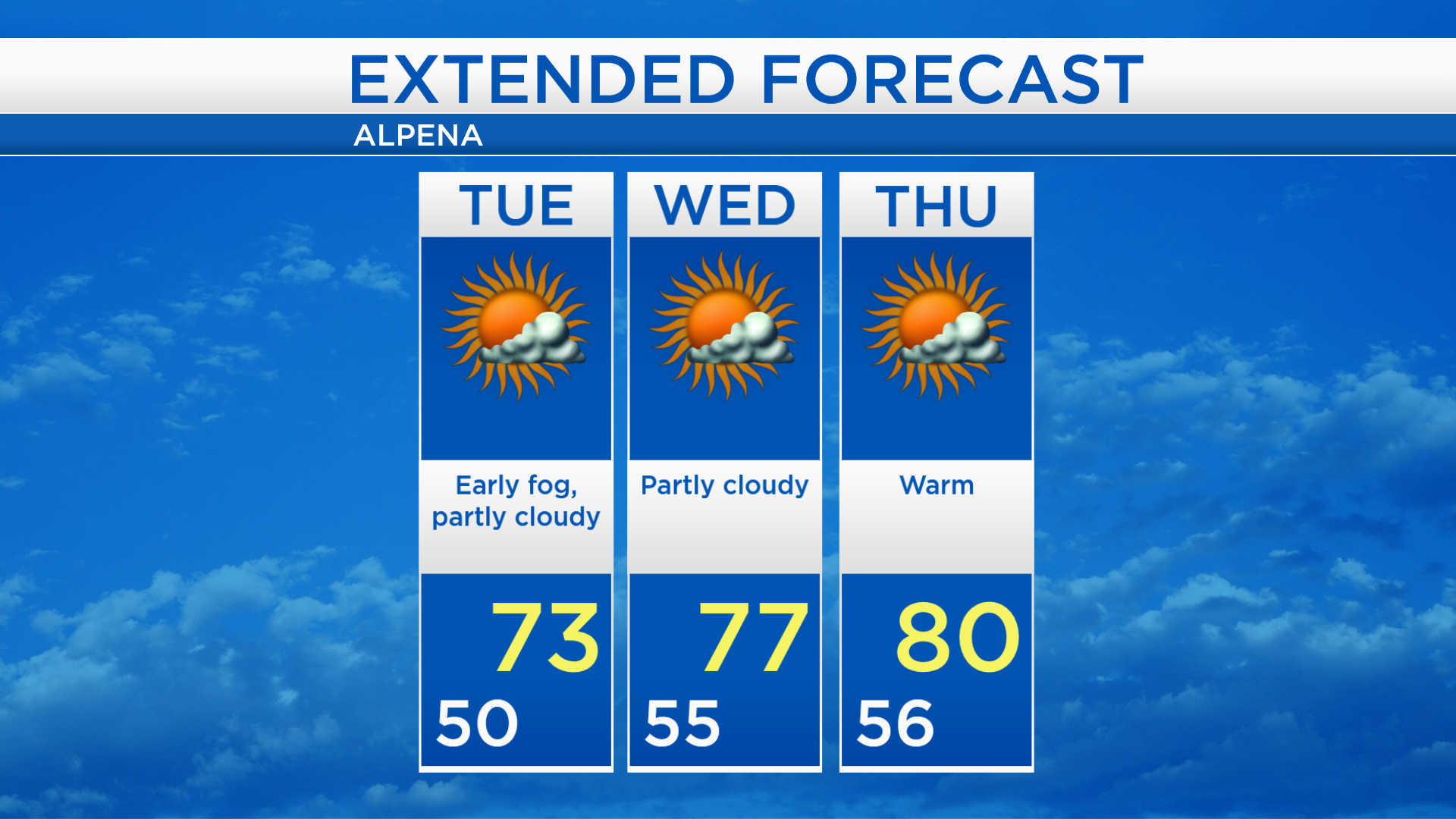