High temperatures today reached 74 degrees in Alpena and 78 degrees in Green Bay. Temperatures were warmer over the Upper Plains, where highs reached 83 degrees in Bismarck and 87 degrees in Rapid City. Winds out of the south or southwest will bring that warmer air mass into our area this weekend. 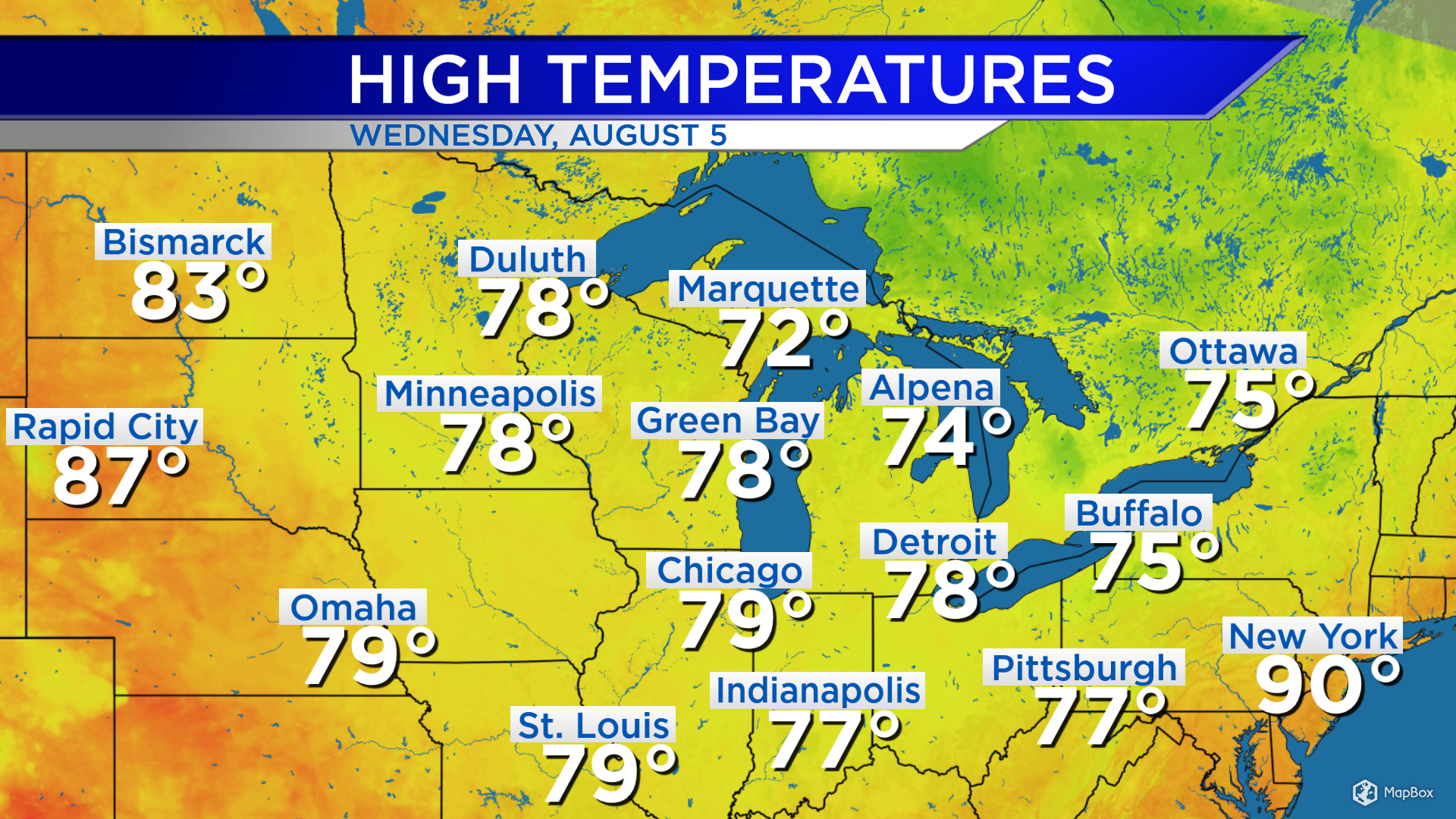 Highs will be around 80 degrees Thursday, and lower 80s Friday afternoon. Temperatures will become warmer and humidity will become higher over the weekend. Highs will reach the middle 80s Saturday and Sunday. 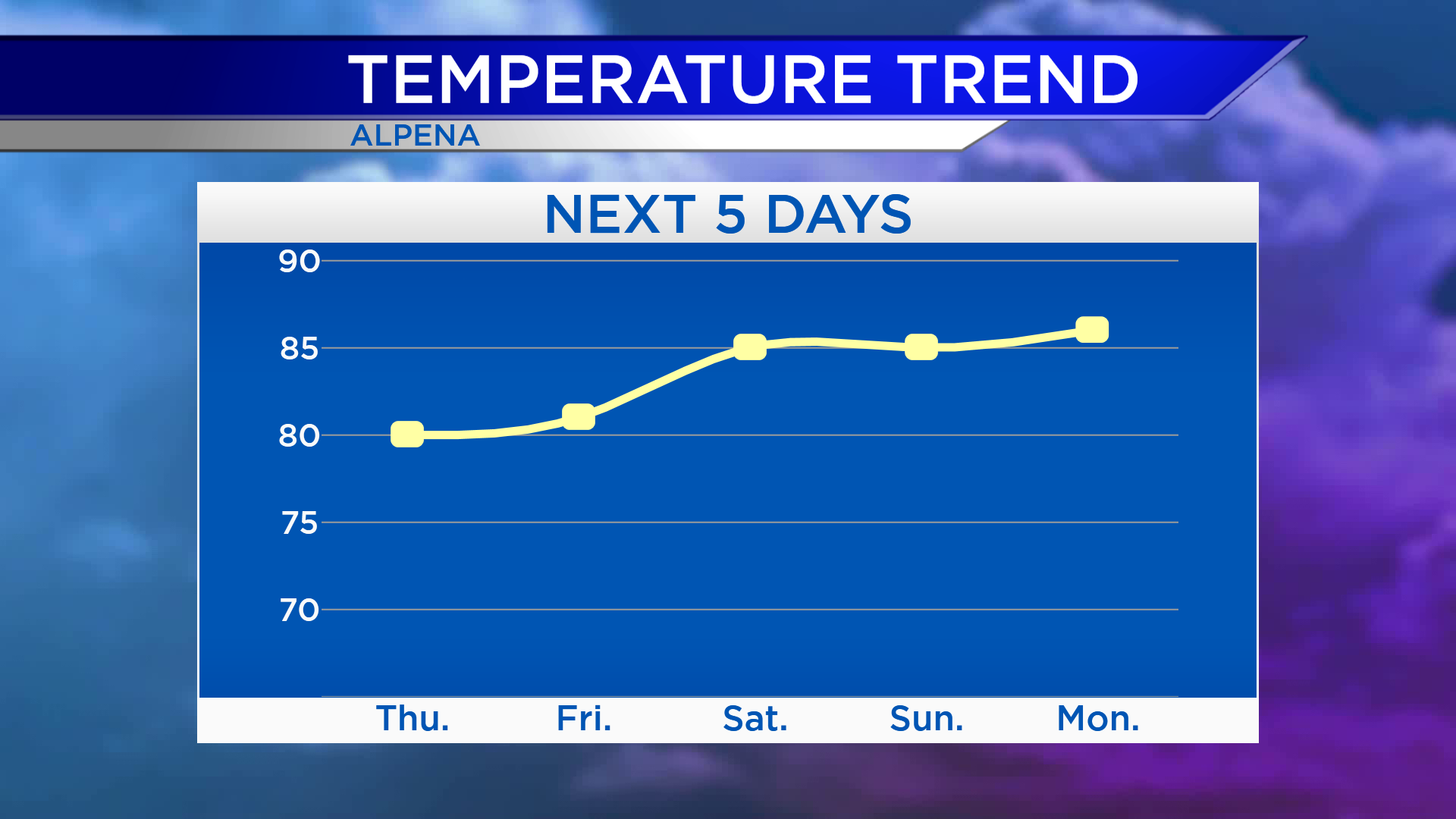 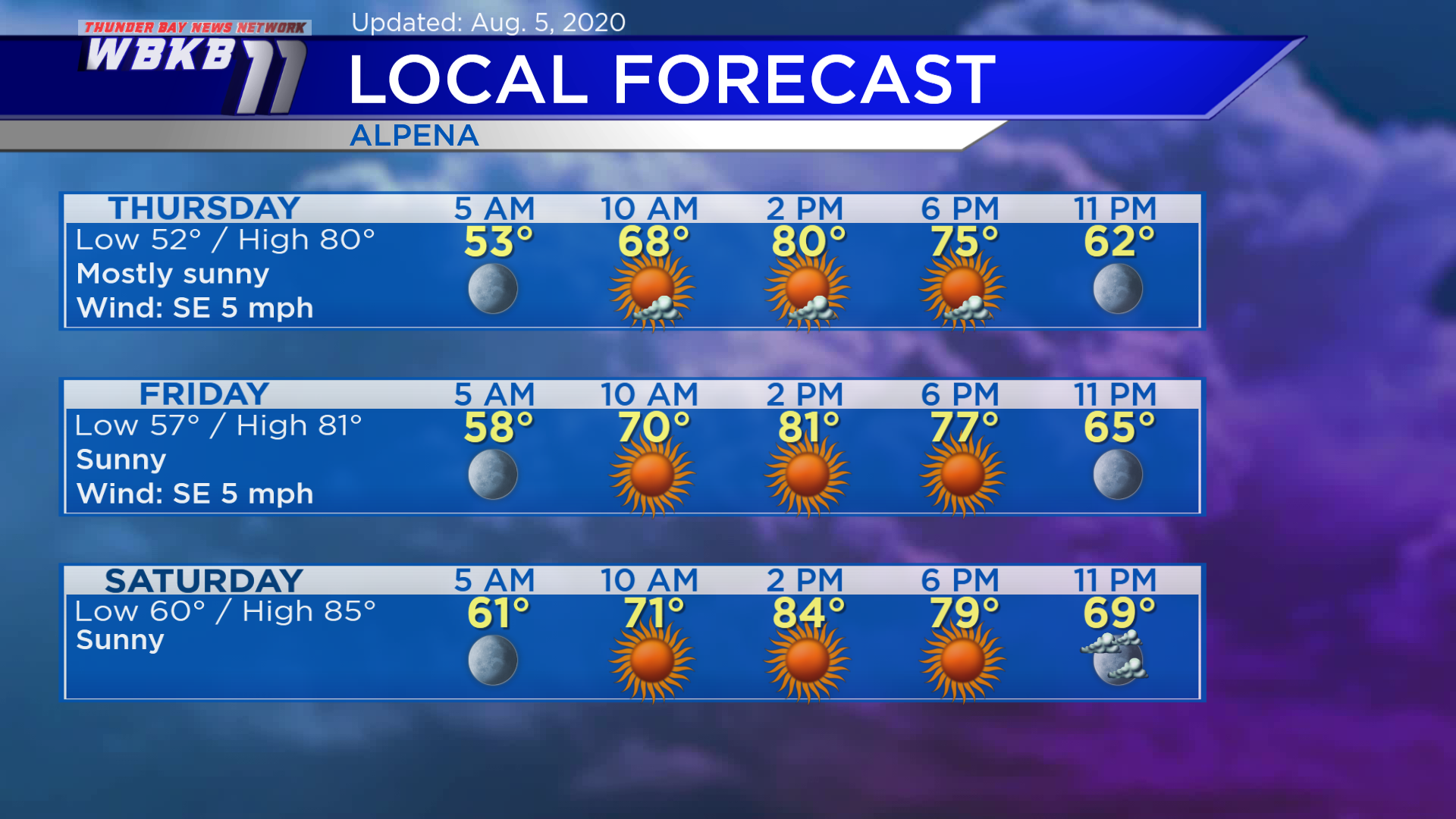