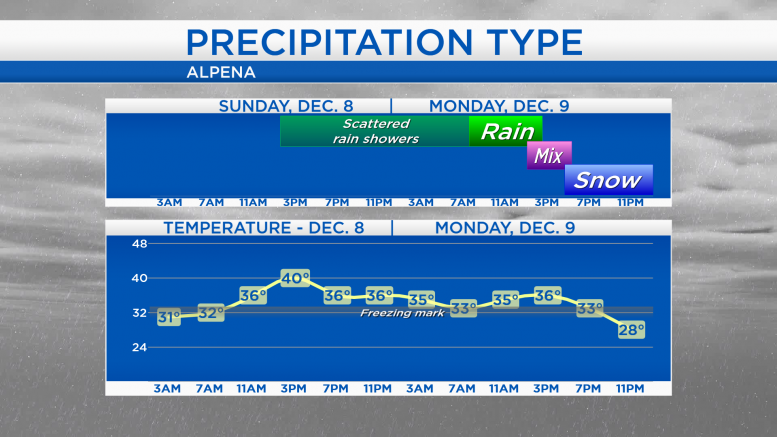 High temperatures today reached the lower 30s across Northeast Michigan. Winds will become out of the southwest this weekend, and that will help bring warmer temperatures. But a storm system on Monday followed by arctic high pressure will bring much colder temperatures in the middle of next week. 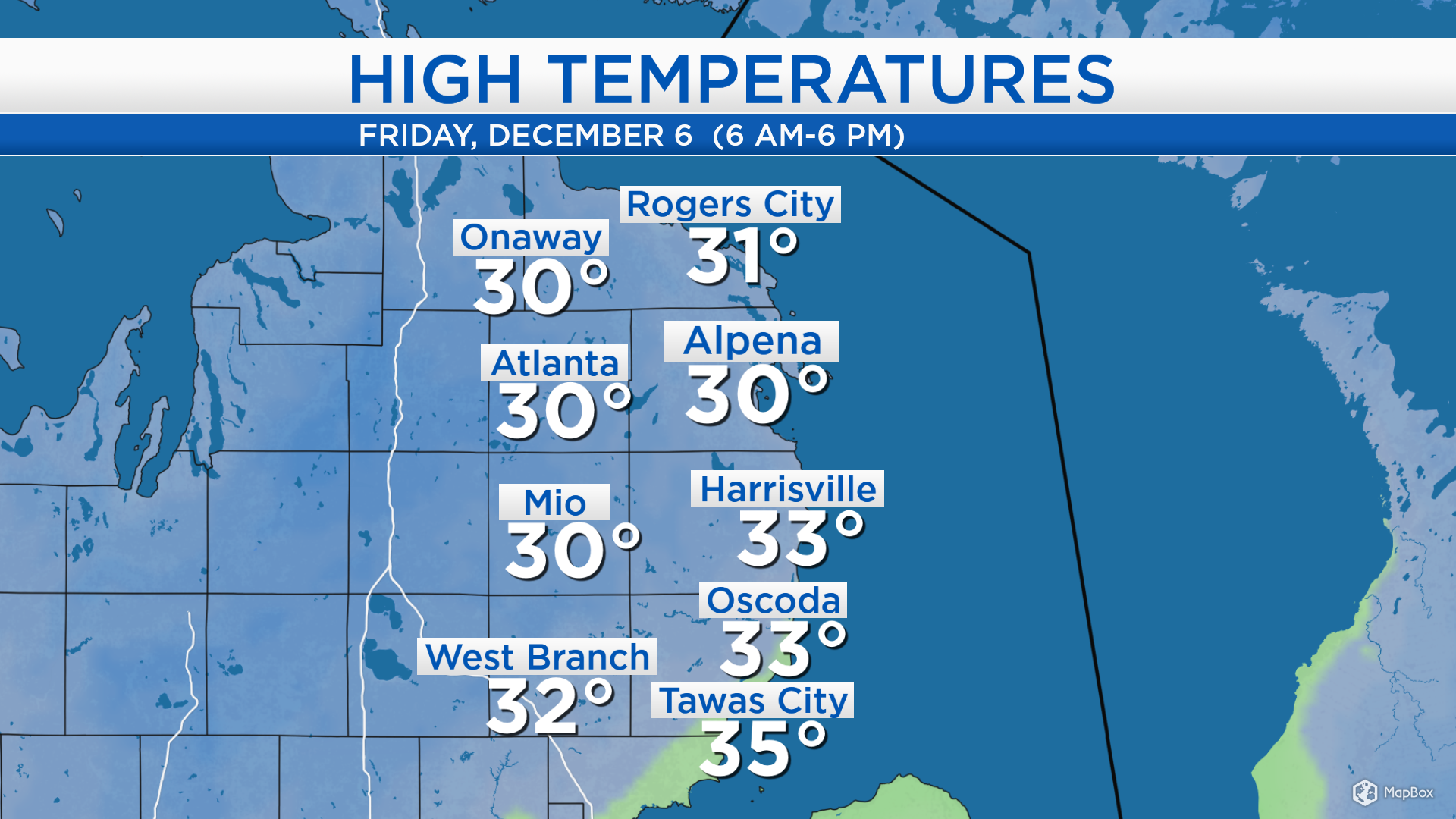 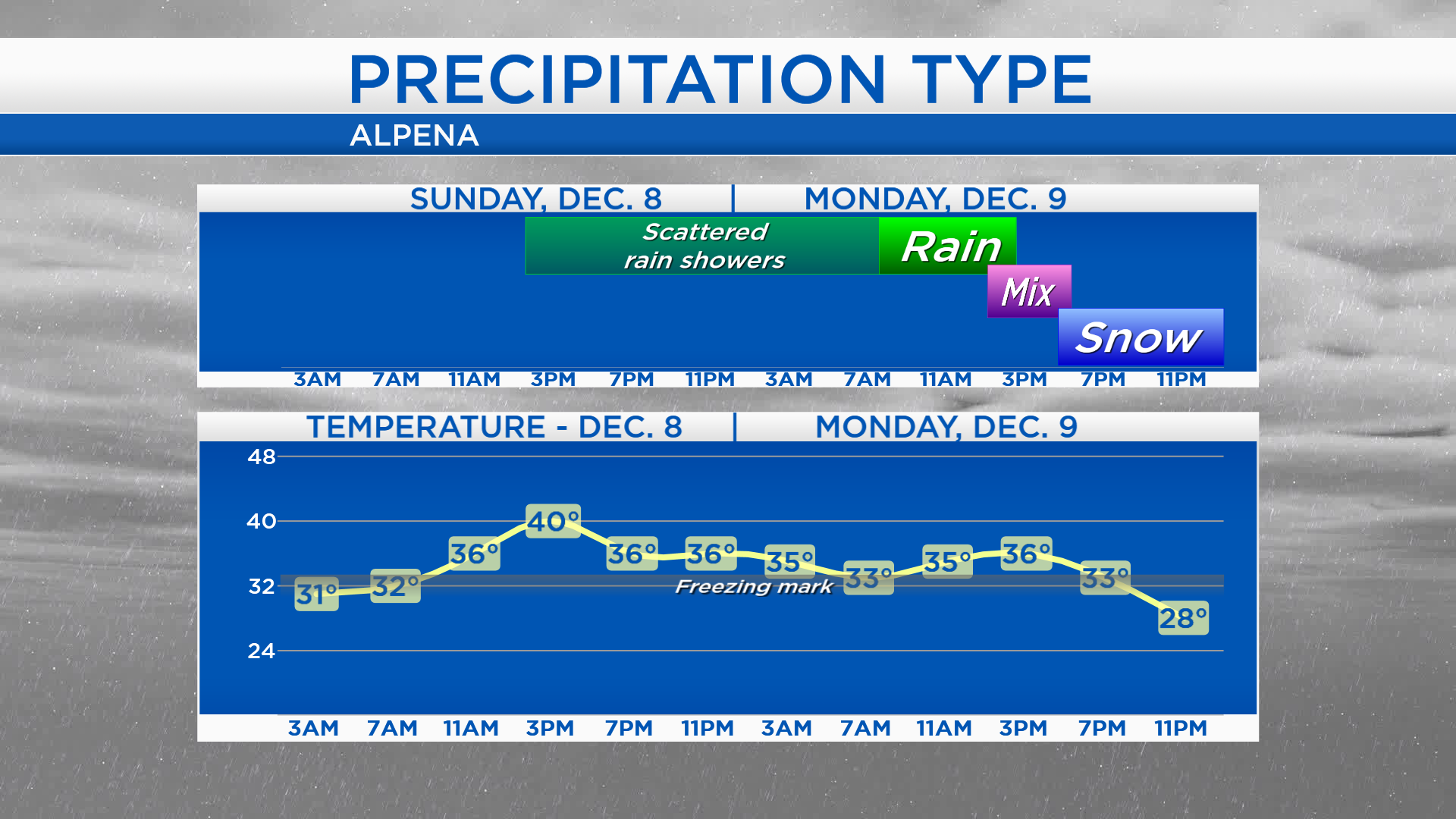 Rainfall amounts on Sunday will be less than 0.25 inch. On Monday, the amount of snowfall will depend on how early rain changes to snow. If the changeover to snow happens as anticipated, late Monday, amounts will be close to 1 inch. An earlier change to snow will result in higher snowfall amounts. Tuesday will be cold enough for only snow, and a couple inches are possible. 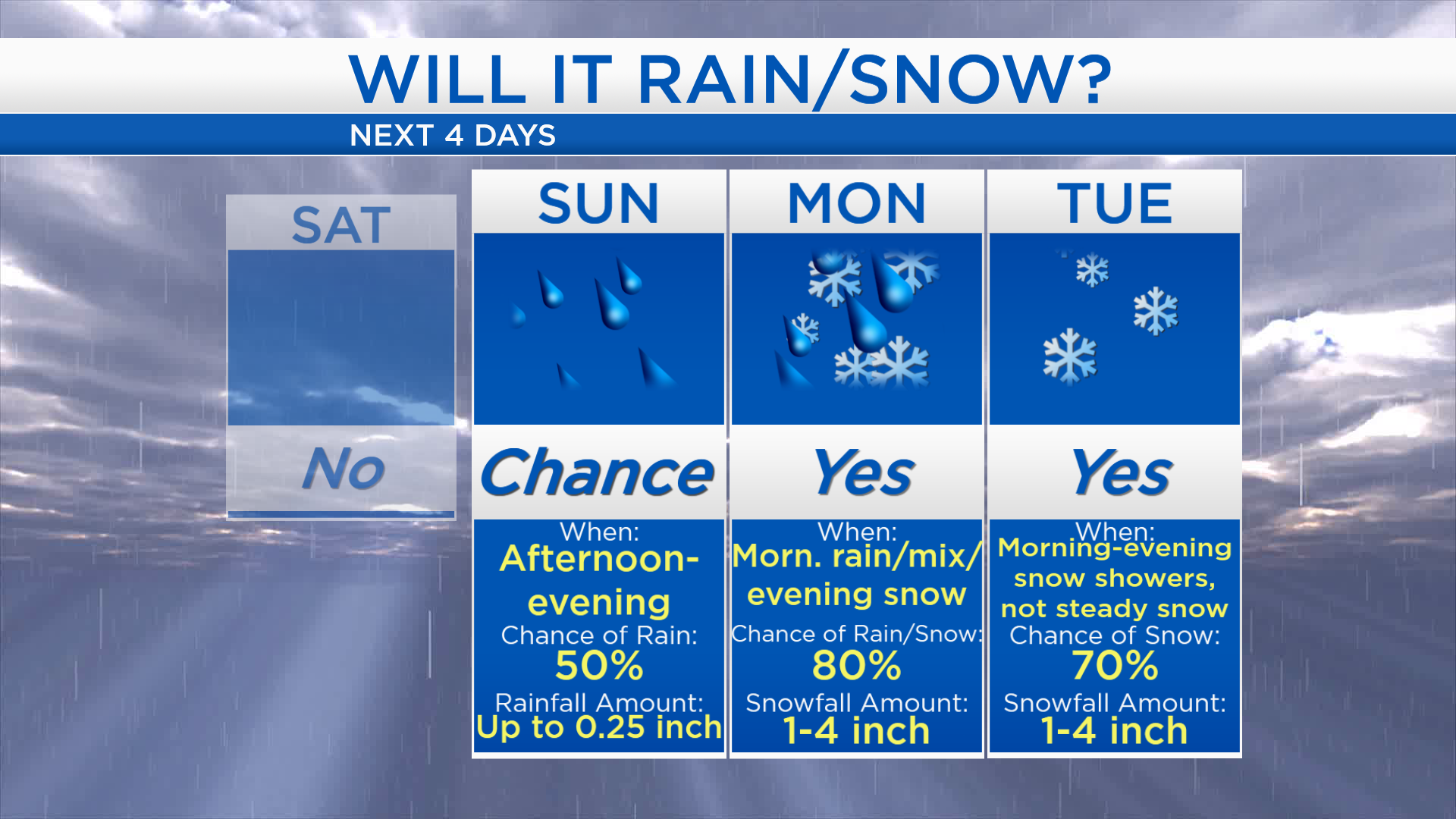 Low temperatures overnight will bottom out near 16 degrees. Cloudy skies are expected Saturday with highs near 32 degrees. High temperatures will warm to 40 degrees on Sunday, so it will be warm enough for rain showers late-day. Highs will be in the middle 30s on Monday, but temperatures will fall in the afternoon. Much colder air will move in Tuesday and Wednesday — highs will be in the 20s Tuesday, teens Wednesday. For the rest of Northeast Michigan’s weather forecast, watch the latest weather video by clicking the weather tab at the top of the page. 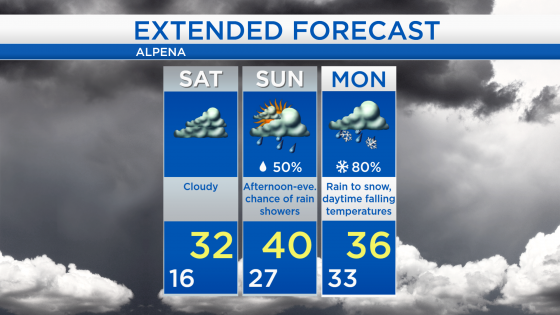