Today’s high temperatures reached 61 degrees in Alpena and 78 degrees in Minneapolis. Winds increasing out of the southwest will bring those warmer temperatures into Northeast Michigan Tuesday. 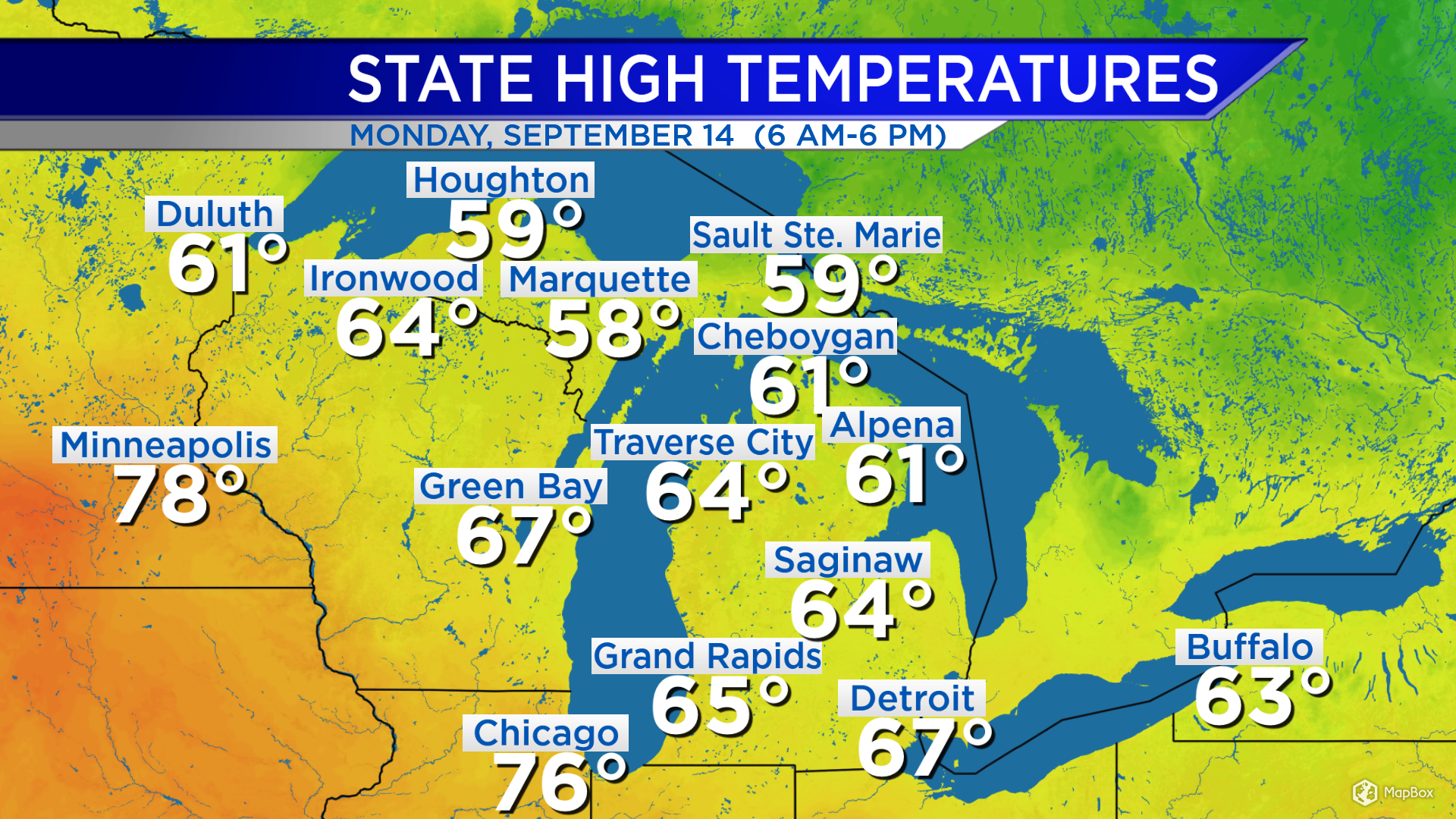 Four tropical cyclones are currently on the go in the Gulf of Mexico/Atlantic Ocean:

Following Vicky, there is one more name left on the list for Atlantic basin tropical storms, Wilfred. After that, tropical storms will be named using the Greek alphabet for the rest of this season.

Around Alpena — high temperatures will reach about 76 degrees Tuesday and Wednesday. High pressure from central Canada will then move in, bringing clearer skies and colder temperatures. Highs Thursday afternoon will be near 60 degrees, then only in the upper 50s Friday. 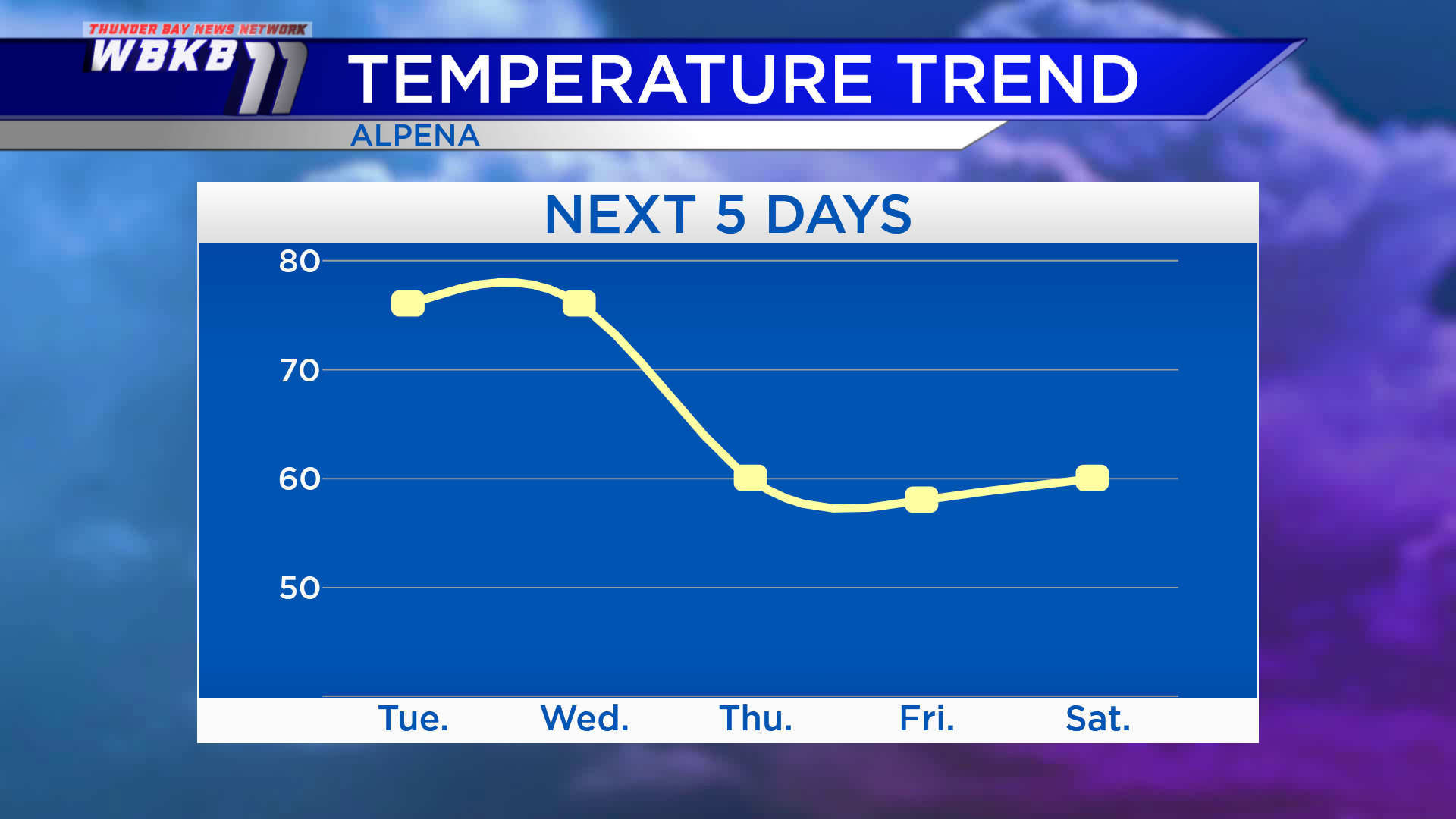