High temperatures reached the upper 60s for most of Northeast Michigan. Winds came out of the west-northwest at 10-15 mph, that wind direction typically sets up cooler temperatures inland and warmer temperatures lakeside — in this case, the wind is not coming off the lake. In fact, the temperature in Oscoda reached 72 degrees while in Mio it only reached 65 degrees, and the high in Alpena got up to 67 degrees. Light winds from the south will bring warmer temperatures tomorrow. 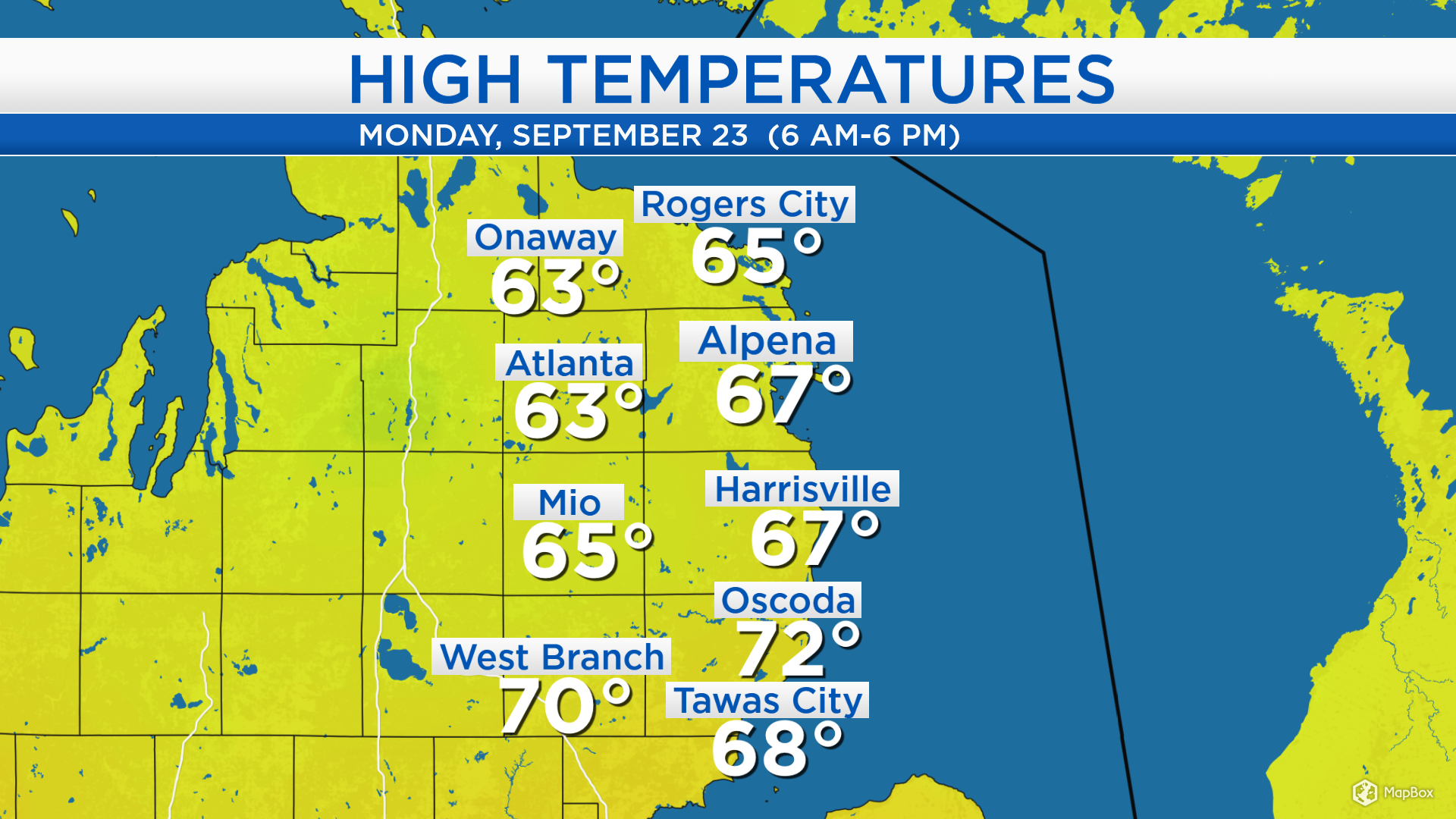 Our next disturbance is crossing over the Rockies and currently looks really unimpressive (shown on the left, below). It’s a developing cold front which will move through our area Wednesday, providing a round of showers. Prior to the cold front, warmer temperatures will move in for Tuesday and Wednesday. After the cold front moves through our area, temperatures will get cooler on Thursday.

Low temperatures going into early Tuesday will cool to the middle and upper 40s and cloud cover will gradually clear. Mostly sunny skies are expected most of tomorrow and high temperatures will warm to about 71 degrees. Cloud cover will increase tomorrow night ahead of the incoming cold front. 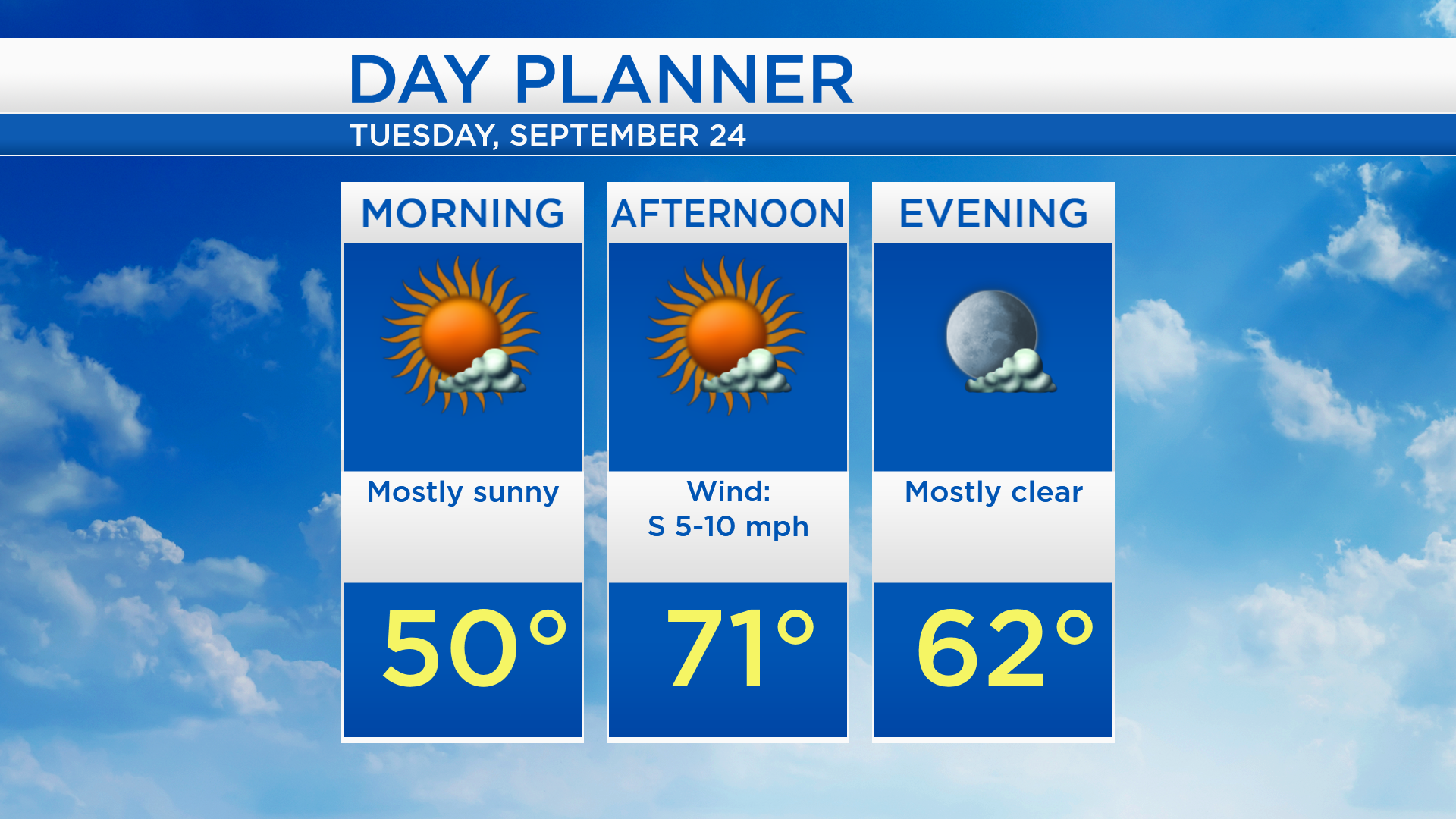 Wind speeds will be light tomorrow, about 5-10 mph and coming from the south. On Wednesday, winds will shift out of the west and strengthen. Sustained wind speeds will reach 15-20 mph which will be constant throughout most of the day, and occasional wind gusts could peak near 30 mph.

Tomorrow will be brighter with mostly sunny skies and high temperatures in the lower 70s. Low temperatures early Wednesday will be milder, in the the middle 50s, under increasing cloud cover. Showers are likely Wednesday and highs will reach the lower 70s. After the cold front moves through, highs on Thursday will reach only the middle 60s. Highs in the middle 60s are also expected Friday and Saturday. For the rest of Northeast Michigan’s weather forecast, watch the latest weather video by clicking the weather tab at the top of the page. 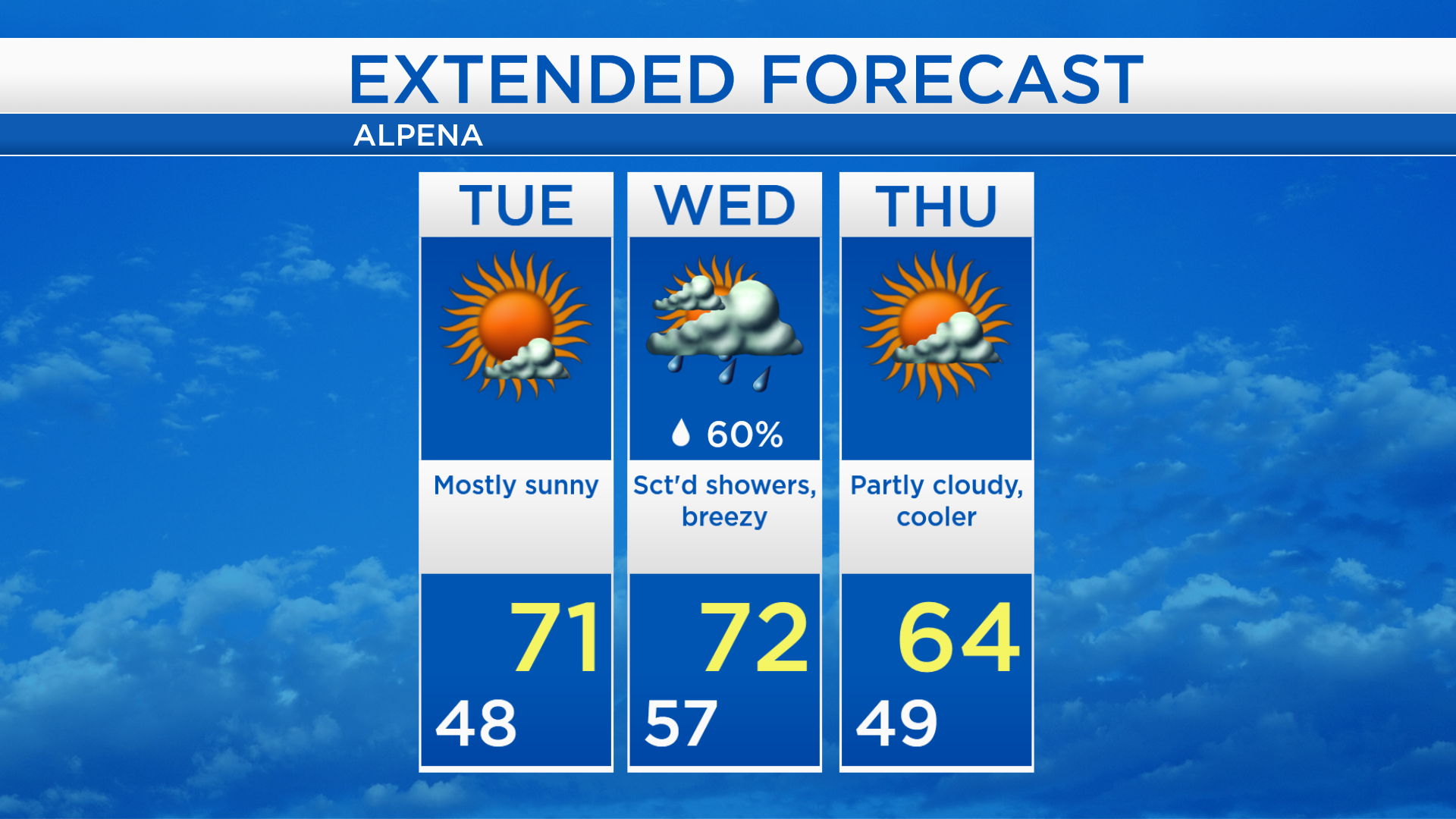