Two areas of high pressure, north of Lake Superior and over Illinois, will block a storm system over the Plains from reaching our area. While there will be a lot of cloud cover over Northern Michigan Wednesday, there will not be much active weather. The storm system currently affecting South Dakota and Nebraska will dive toward the south and avoid our area.

However, there could be some spotty flurries or freezing drizzle Wednesday predawn-morning. Freezing drizzle comes down as ordinary drizzle but creates an instant glaze of ice on surfaces when the temperature is below freezing. This is not expected to be major concern, and most areas will probably not end up seeing much of anything Wednesday other than overcast skies. 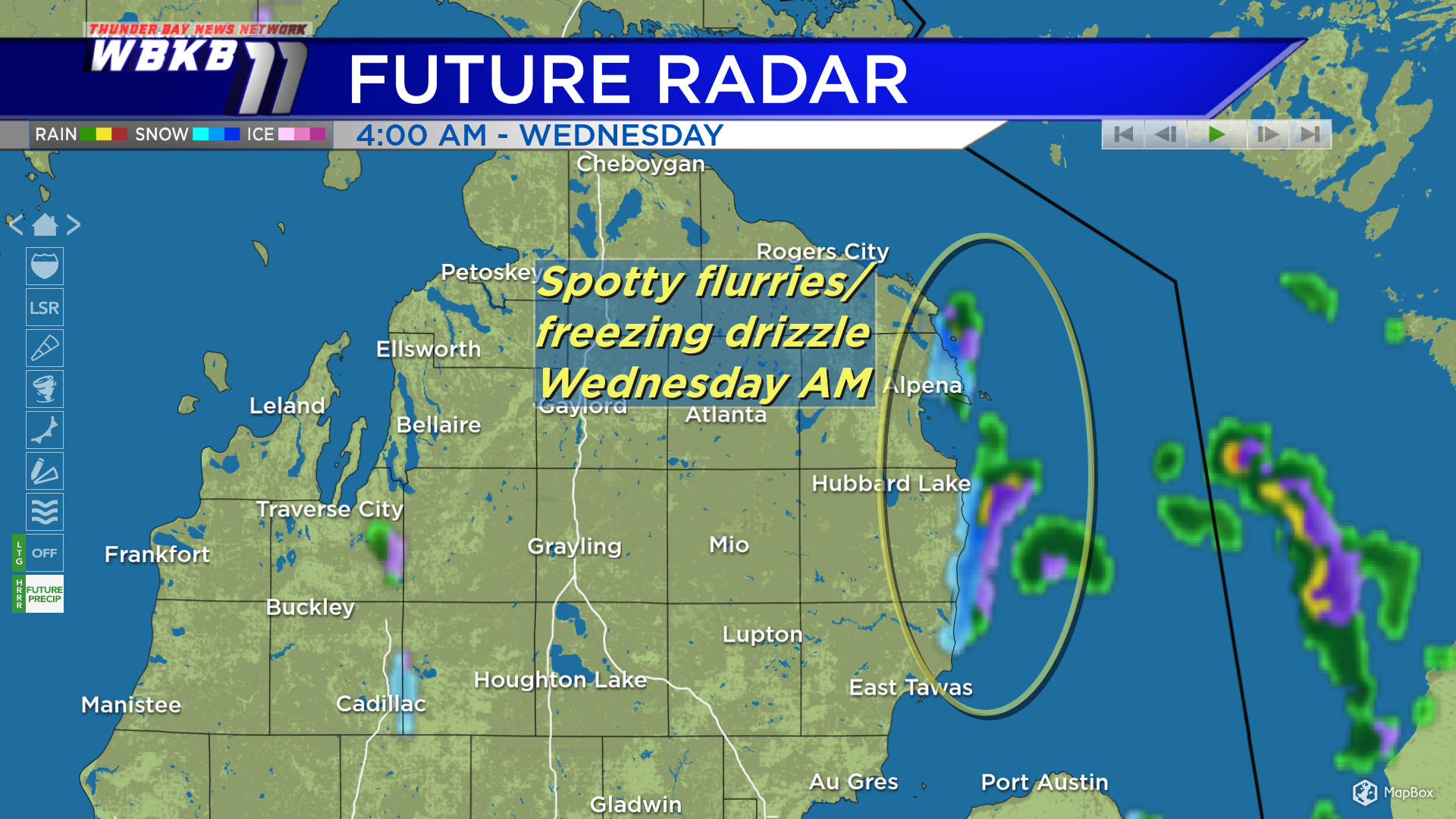 Highs Wednesday afternoon will reach about 36 degrees, that’s considered “warm” — by early January standards! Temperatures will dip slightly Thursday and Friday with light winds from the north. Highs will be near 30 degrees Thursday and 29 degrees Friday. Highs in the lower 30s are expected over the weekend, slightly above “normal.” 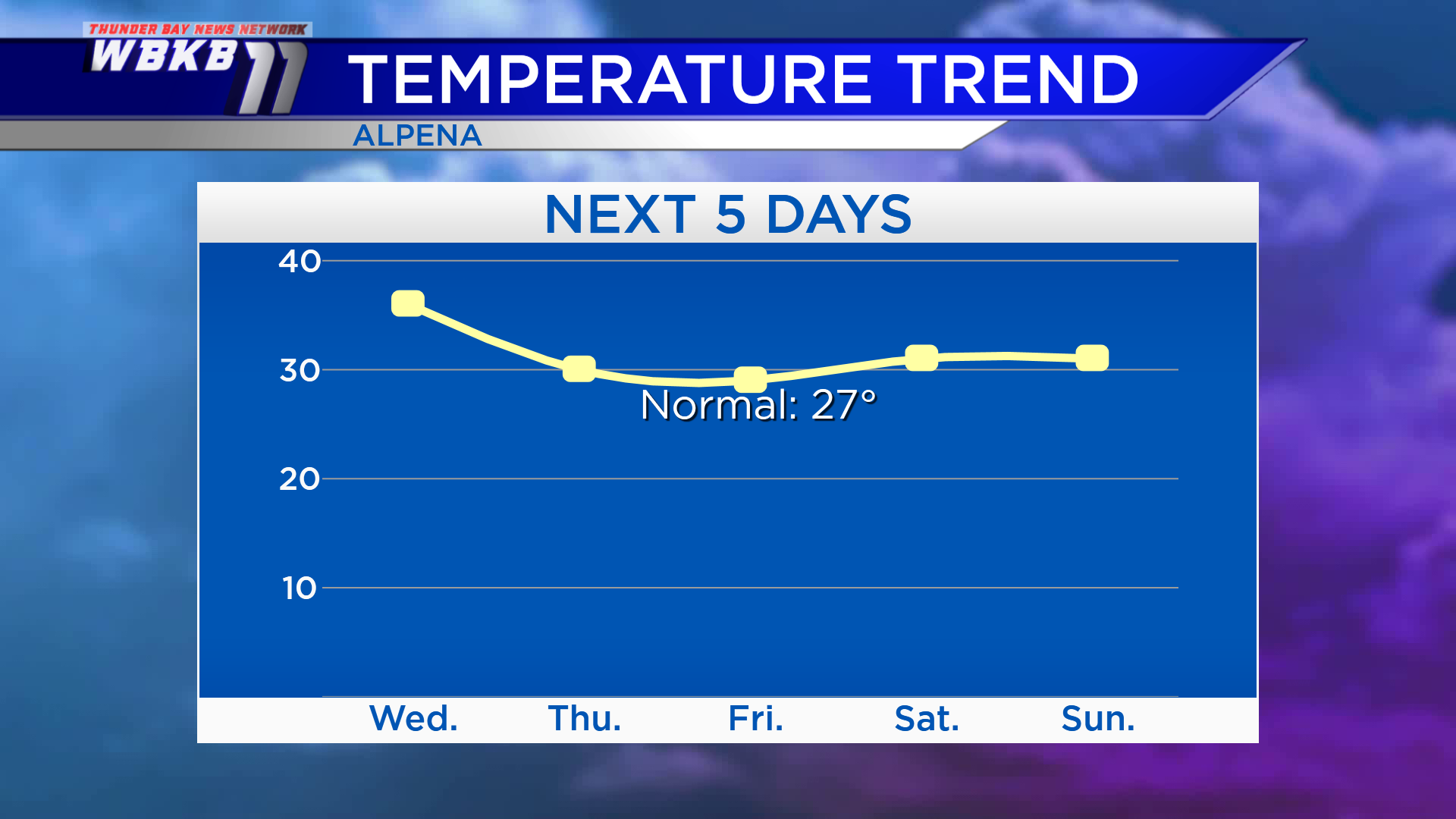 To put these relatively warm temperatures in perspective, our coldest time of year is typically around January 20. Around then, the normal high temperature is about 26 degrees. By February 20, when there’s just one month left of winter, the normal high climbs to 30 degrees. By the time spring begins on March 20, the normal high reaches about 40 degrees. That means Wednesday’s forecast high would be more typical of early March than early January! 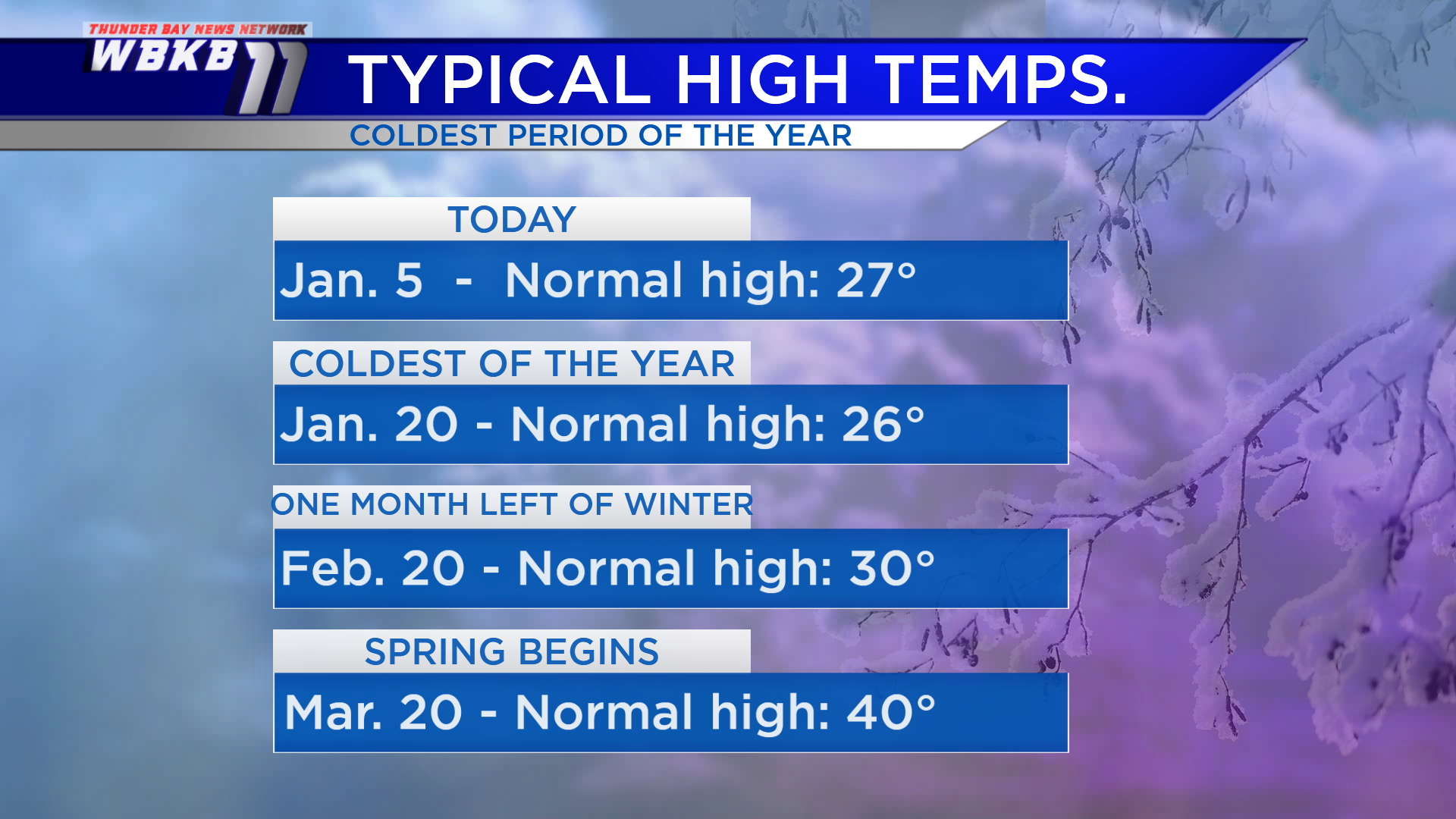 Thursday: Mostly cloudy. Early-morning temperatures will head into the middle 20s. Afternoon highs will be near 30 degrees. Evening will be in the middle/lower 20s. 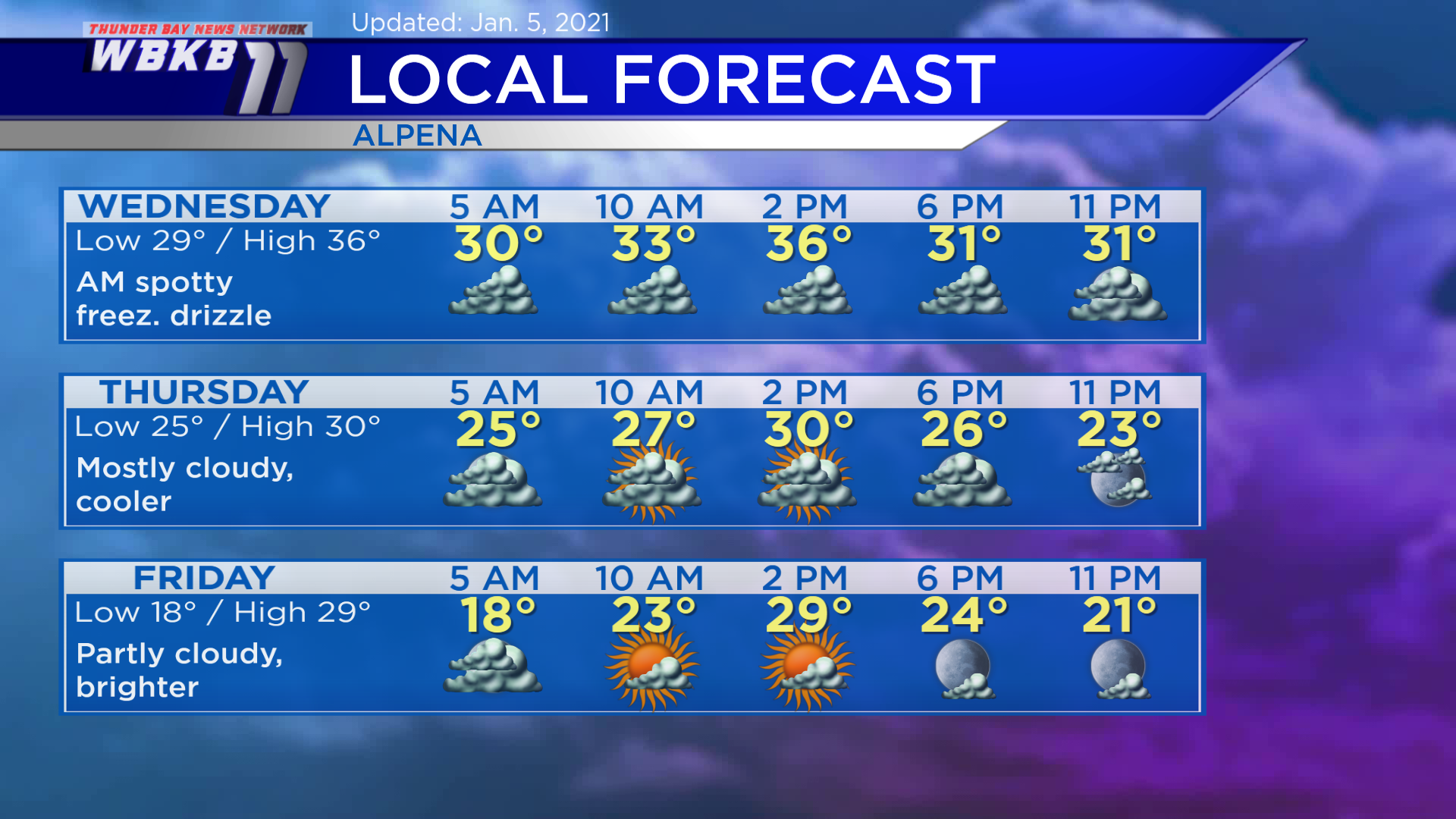