A cold front is currently located over the Upper Peninsula, Wisconsin, Iowa and northern Missouri — it is moving very slowly eastward. With a sultry air mass in place, there could be an isolated pop-up shower or storm Saturday afternoon. A higher chance of showers/thunderstorms will move through Northeast Michigan Sunday midday-afternoon. 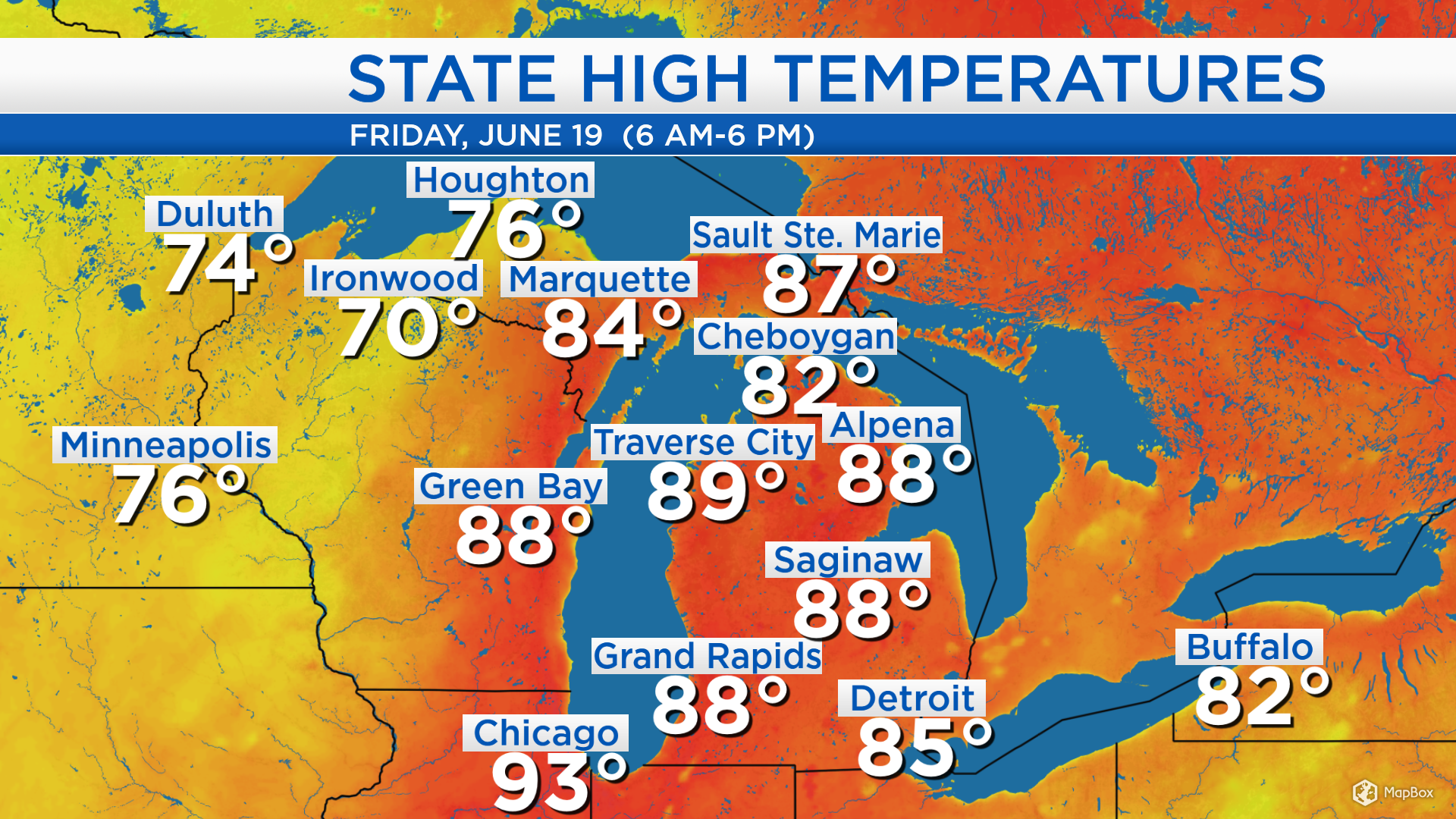 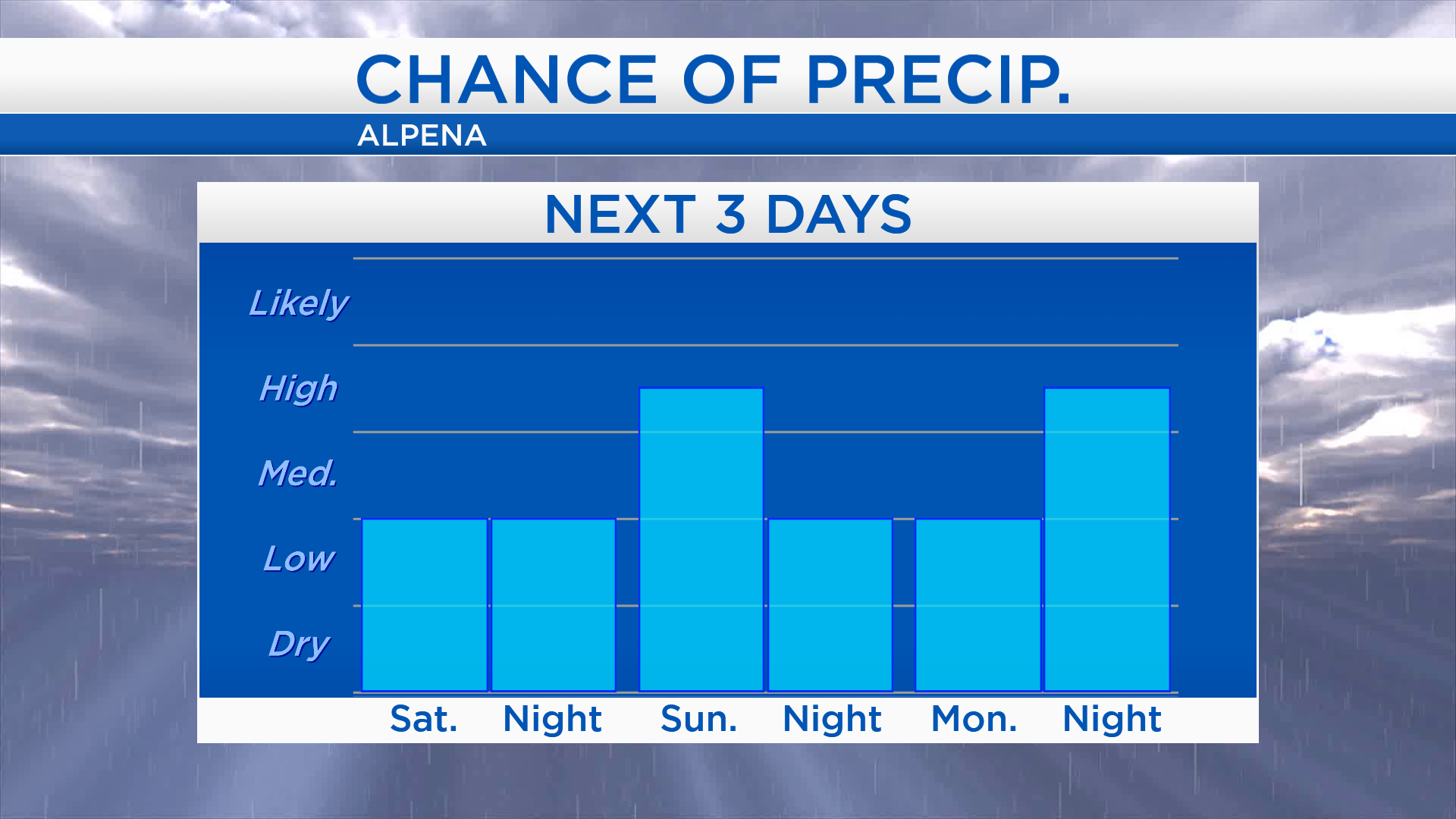 Sunday: The morning will likely be rain-free, then the chance of showers/storms will be highest in the midday and afternoon hours. Early-morning lows will be in the middle 60s. Afternoon highs will reach close to 83 degrees. Winds will come out of the southwest, about 15 mph.

Monday: Starts dry, then a late-day chance of showers will move in. Predawn lows will be in the upper 50s. Temperatures will rise to the 70s by the late-morning. Afternoon highs will be in the middle 80s. 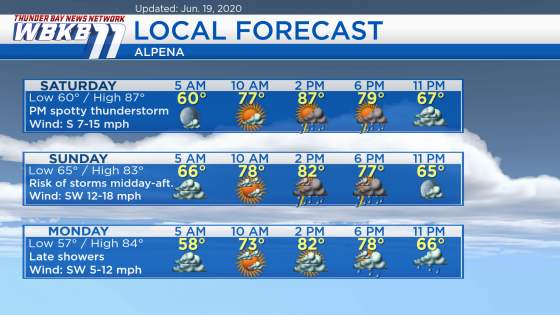