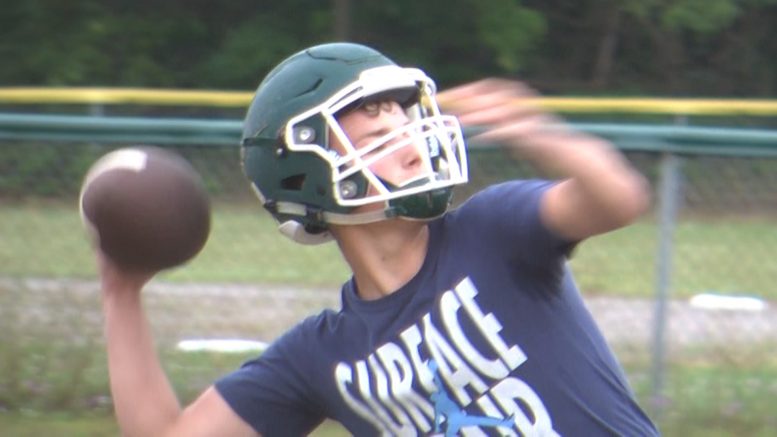 ATLANTA, Mich. — The Atlanta Huskies struggles last season, but with more veteran players on the 8-man roster the boys in green look to be a bigger threat in league play. The Huskies are entering their third year of 8-man football with an overall two season record of (7-12), but this year is different.

Cuzzort took over as the starter his sophomore year, dishing out long balls and attacking on the ground.

“He is a dual threat quarterback,” said Head Coach Troy Cheedie. “He can throw the ball, he can run. He’s probably the second fastest guy on our team. We have good speed all the way around. Our running backs and our receivers are all pretty quick.”

The Huskies only graduated one wide receiver, so their experience will give them and edge. Sophomore receiver Trace Juergens brings back a lot of young talent, speed and knowledge of the game, which helps ease the mind of a junior quarterback.

“I just know that they’re dependable,” said Cuzzort. “If I throw a ball to them I don’t have to worry if they will catch it or not because most of the time they will.”

Three returning senior lineman are going to protect Cuzzort up front, and they will be the same guys closing the gaps on defense.

“We can shut down the run game easily with our big front and then we have a speedy backfield,” said senior lineman Dalton Forrester. “We can stop the pass if we want to.”

The Huskies have improved their speed on both sides of the ball.

“Good luck keeping up,” said Cheedie. “If our guys, the fast guys get in the open field I think they can outrun about anyone out there.”