Gusty winds from the west generated lake effect showers off Lake Michigan. Those will diminish overnight and skies will remain dry early Friday. The next disturbance over the Upper Plains will move into Northern Michigan Friday afternoon. A few patchy rain showers will be possible and that will transition to a chance of patchy flurries in the evening. The next storm system is still over the Pacific, barely reaching the coast of the Pacific Northwest late today, it will move into the Great Lakes region Saturday.

For high school football games Friday evening, a few patchy showers will be possible around kickoff. Temperatures at 7 p.m. will be near 40 degrees. By the end of the game, temperatures will cool to the middle 30s so it will feel slightly chilly. Winds will be coming from the southwest at 5-10 mph. 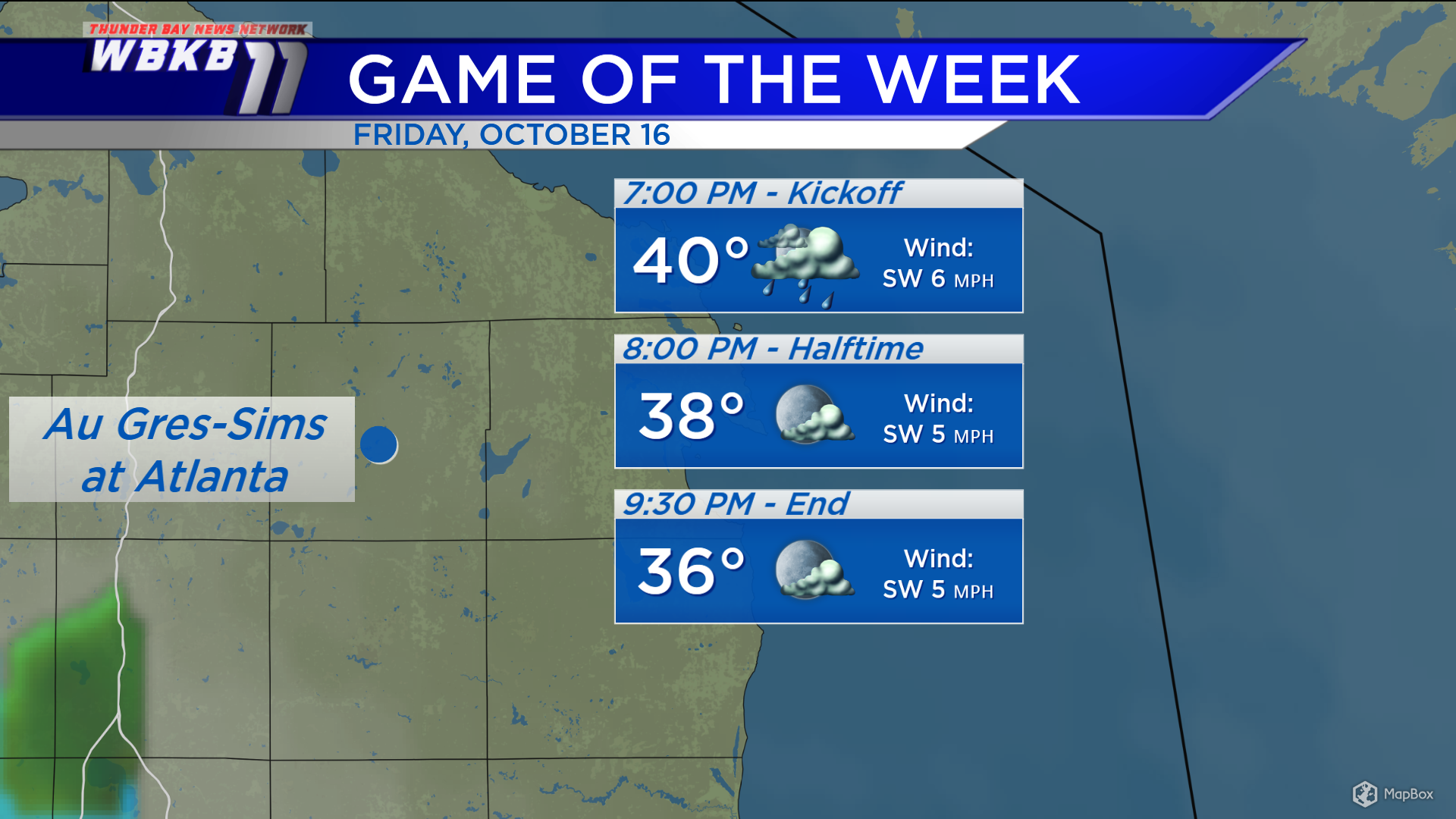 Sunday: Morning to midday showers, windy early. Morning lows will be in the middle 40s. Afternoon highs will be near 50 degrees. Early-evening temperatures will cool to the lower 40s. 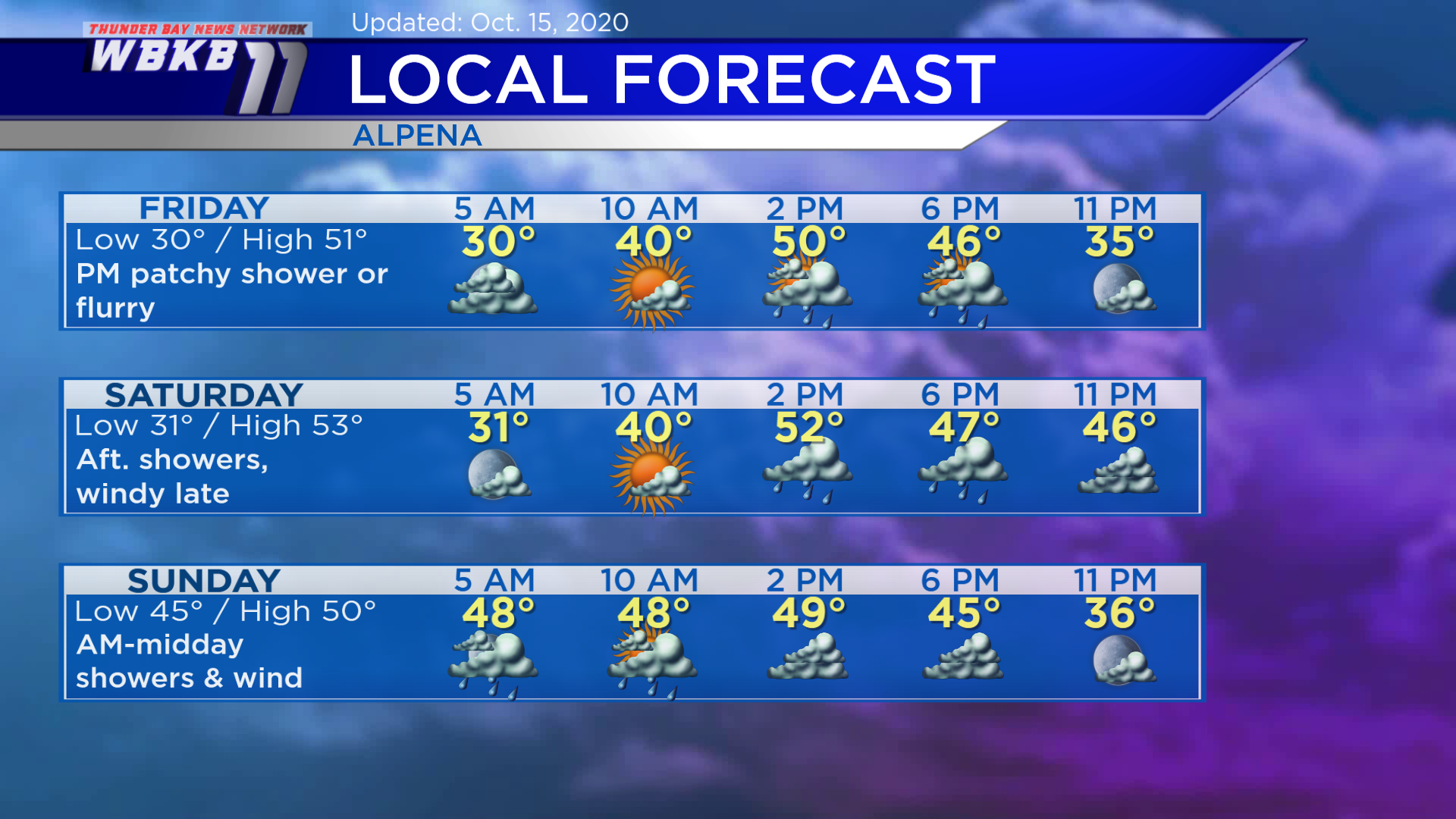 Thunderstorm chances continue over the weekend with high humidity

Risk of thunderstorms develops late-day Friday, then unsettled into the weekend

Dry and warm for Thursday; Chance of showers increases Friday