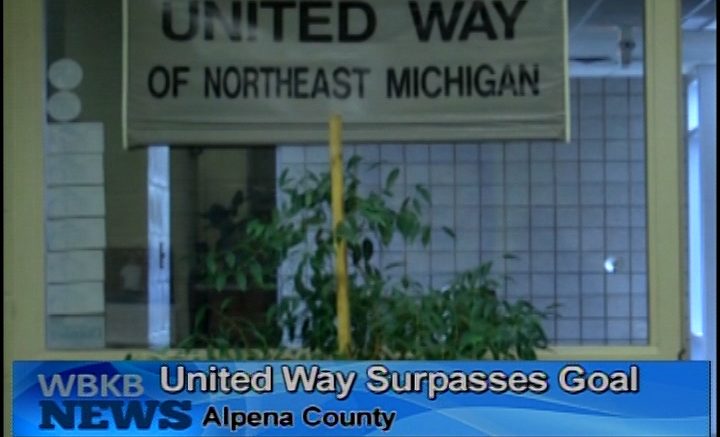 Thanks to lots of help from the community, United Way was able to surpass their 2016/2017 fundraising goal.

United Way serves three local counties– Alcona, Alpena, and Montmorency. Their goal was set at $214,000 and the organization was able to exceed that goal by over one thousand dollars- totaling a whopping $215,056 raised.

Bruce Anschuetz, chairman of the campaign, says that none of this would’ve been possible without our generous community.

The money raised will go towards 13 different agencies that seek to help the community, such as Hope Shores Alliance, the Salvation Army, American Red Cross and more.

Although the goal has not been set for the 2017/2018 campaign, the organization is confident that it’ll be another successful year.

“They haven’t set the goal yet for us so I don’t know exactly what that is,” said Anschuetz. “But they usually set it pretty high so it’s going to be a hard one to hit, so we’re going to do it three years in a row.”