Lake effect snow showers over Northern Michigan will wind down overnight. Drier weather from the west will move in Thursday. Then attention turns to a storm system that will cross the international border from Mexico to Texas Thursday morning. What will happen in Northeast Michigan on Friday depends on how far north this storm system will end up tracking. At this point, there’s a chance of snow showers worth mentioning for Friday evening and also a chance of sleet/ice mixing in south of M-72. However, any snow (or sleet) amounts late Friday appear light. 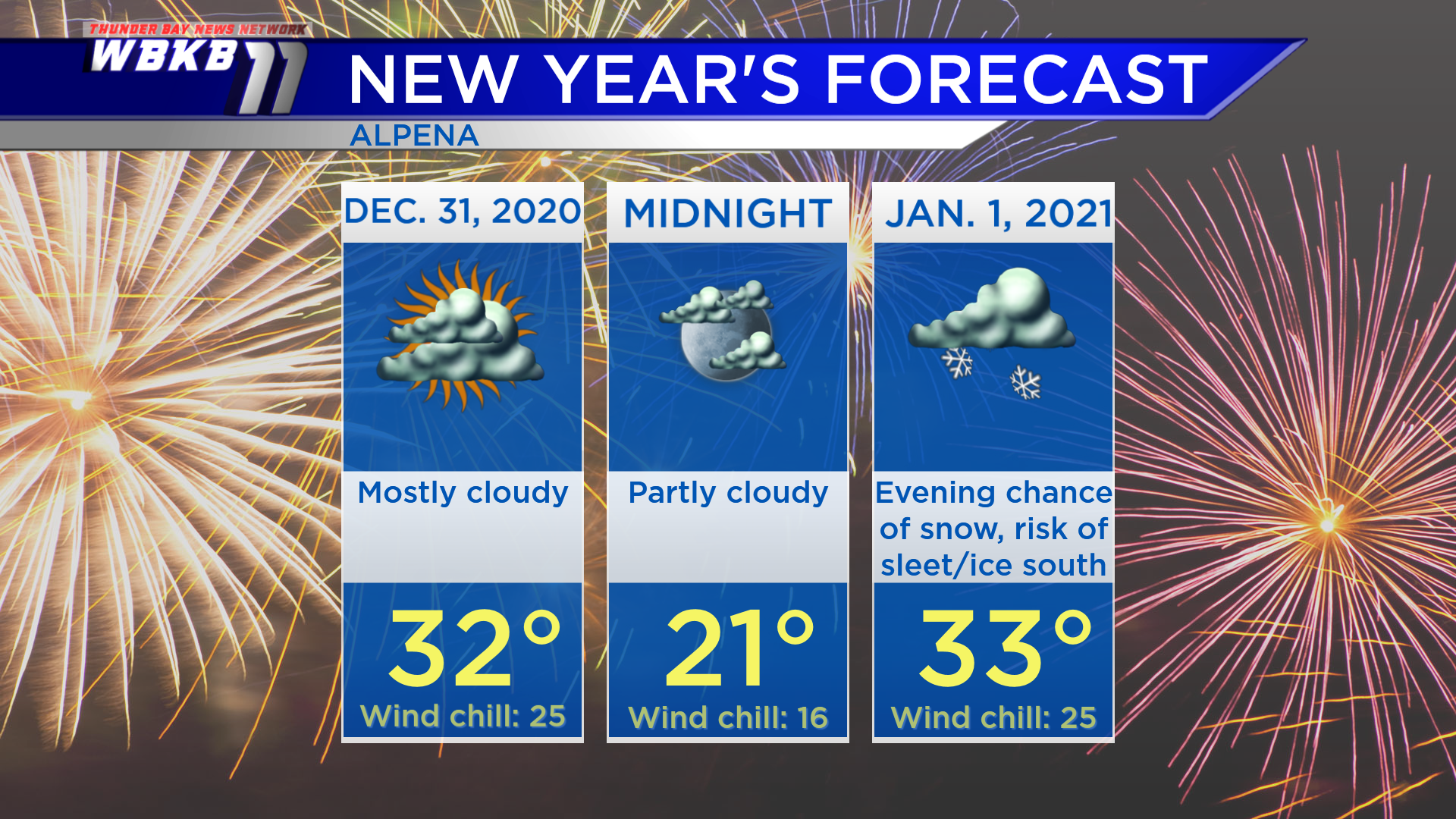 It’s going to be a warm start to the new year. Winds from the southwest will continue to bring warmer temperatures into Northeast Michigan. While 30s won’t exactly feel warm, the normal high temperature for early January is in the upper 20s. Highs Thursday and Friday be in the lower 30s. Highs in the middle 30s are expected over the weekend, then upper 30s are forecast Monday and Tuesday. 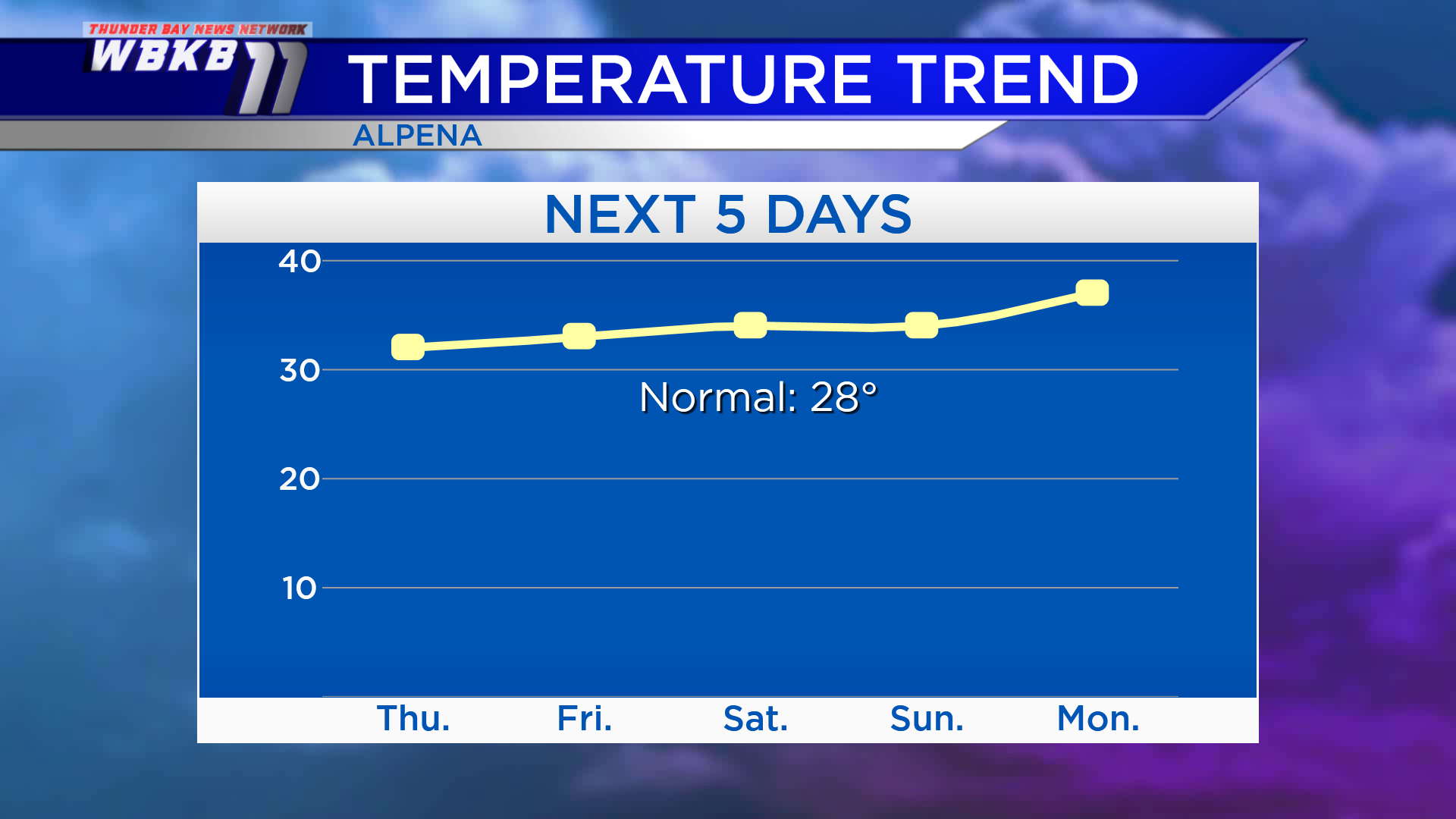 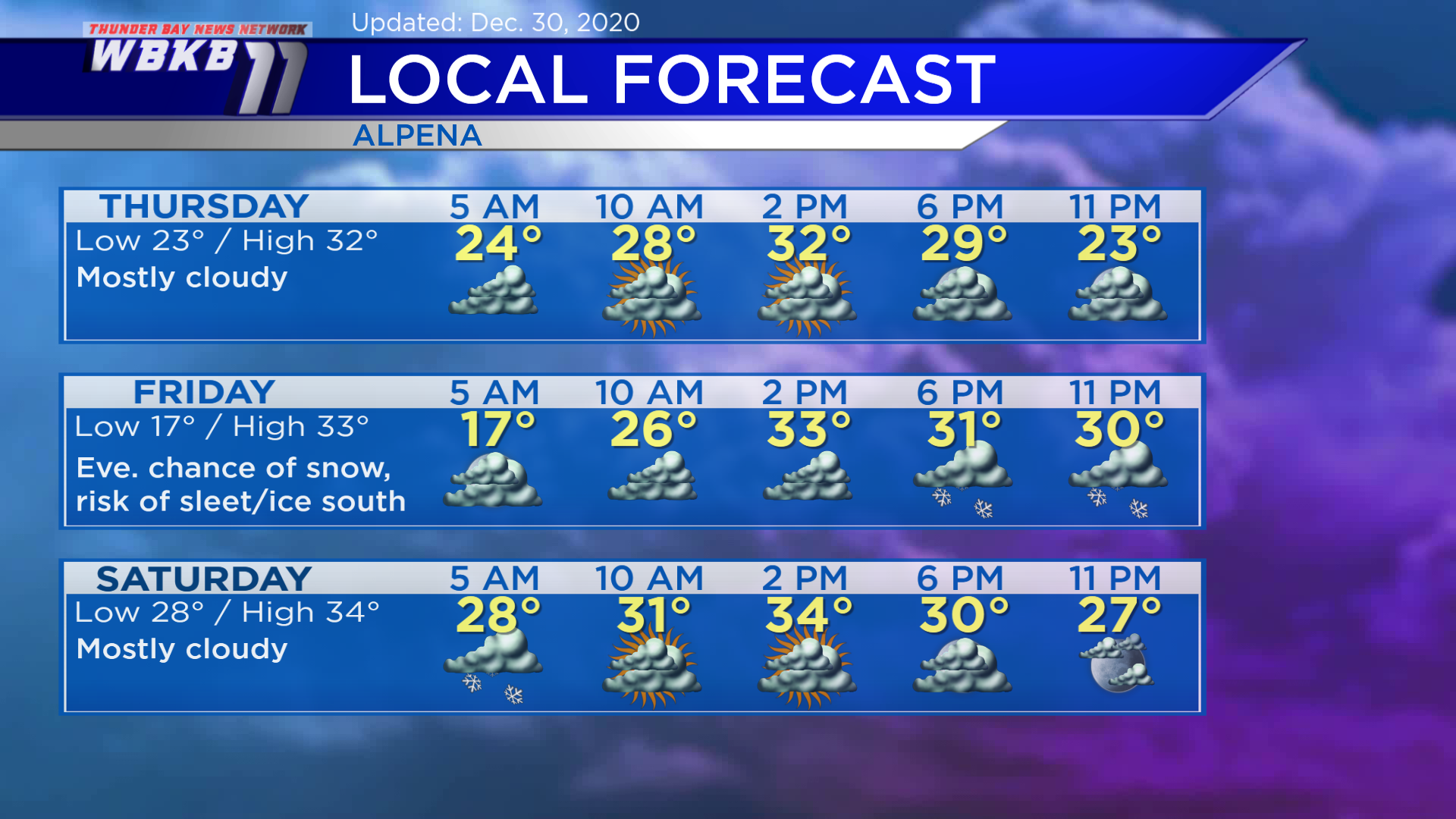