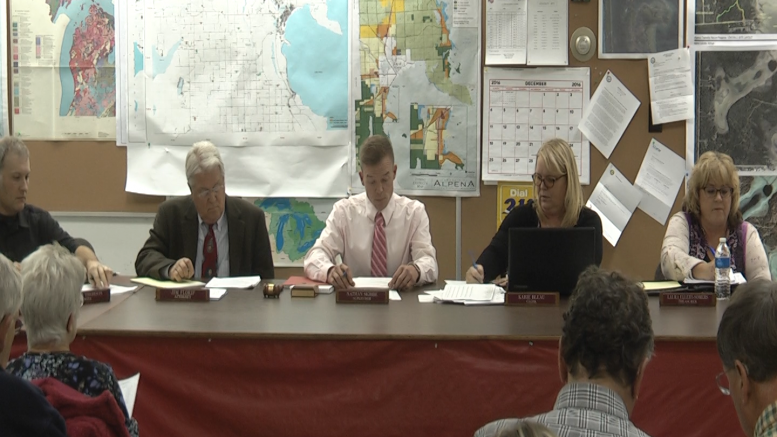 Last night the Alpena Township Board of Trustees met for their monthly meeting to discuss several items pertaining to the township.

Representatives from 1010 Technologies presented to the board regarding the current networking status of the township.

After spending time evaluating various township locations and the technologies being used there, it was discovered that the township as a whole is lagging well behind modern networking standards.

According to 1010 Technologies there are still several computers running Windows XP and Windows Vista – Those are operating systems that are no longer supported and have security holes that can be exploited.

But outdated technology wasn’t the only potential issue that was discovered – Network Administrator Aaron Flick also learned about a problem facing township employees that may sound familiar given this year’s Presidential Campaign.

“Again, the emails need to be addressed. In the past they’ve been using personal emails, when they have a secure email server set up to be used. They have not been using that.”

Supervisor Nathan Skibbe and the rest of the board were very interested in upgrading the township tech capabilities.

The funding for the upgrade is something that the board wishes to discuss further with 1010 Technologies.