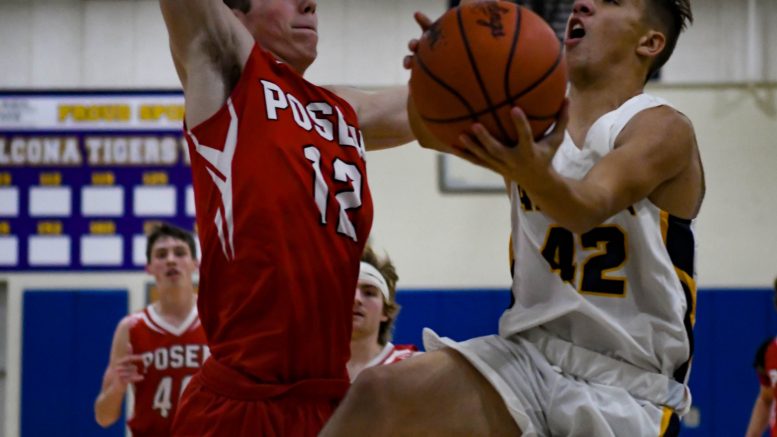 ALCONA, Mich. — Robbie Barbato delivered when it was needed most. Barbato was able to hit the game-winning shot as the Tigers won their home-opener over Posen by a score of 44-42. Mason Clark led the Tigers in the scoring department with 12 points. Aiden Wrobel added 11 and Gavin Walker contributed with eight.

Alcona Knocks Off Undefeated Hillman 65-62 With A Buzzer Beater

Lumberjacks Notch Their First Win Of The Season