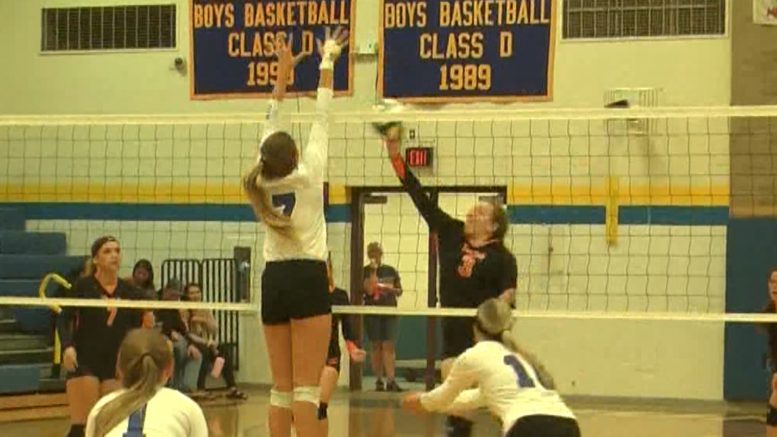 MIO, Mich. — The Mio Au Sable Thunderbolts volleyball team picked up their first league win as they defeated the Hillman Tigers in three sets (25-10, 25-13, 25-14). Reagan McGregor finished the night with ten kills and four aces. Hilary Perez dished out 21 assists, and was able to come away with three kills and two aces. The Thunderbolts next game is Tuesday, Sept. 10 as they hit the road to take on Fairview.