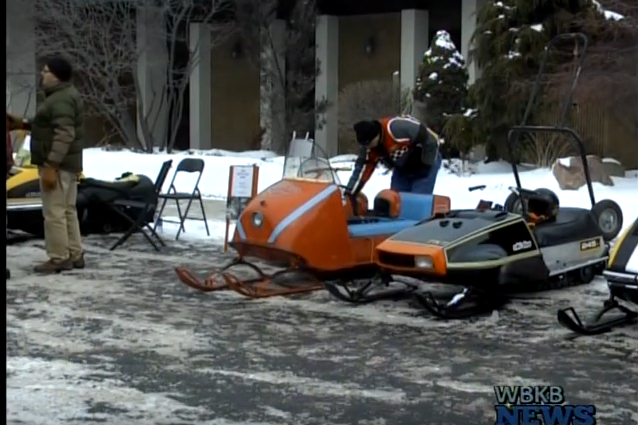 The Third Annual Antique and Vintage Snowmobile Show and Swap was a major hit at the Ramada Inn Saturday as riders and collectors got a taste of their past.

There were over 50 different brands of snowmobiles ranging all the back to the 1970s. Organizer of the event, Ben McClain has been attending shows like this one for over 20 years.

Mclain said the show helps out the economy for Alpena bringing in tourist from all over the nation. He adds that funds leftover would be donated to charity.

“We did that last year, I think we gave to the Salvation Army last year and this year if we have anything leftover it will go to the cancer center. You know anything to help out our community. We like to give back,” McClain said.

“People have really done a nice job fixing them up and making them look like new again. It’s really great to see people on trials and the comments you hear and turning heads and listening to people’s comments like, ‘I had one of them, and I had one of these when I was young growing up. It’s really a lot of support from our people,” Girard said.

In addition to all of the snowmobile action, there was a Chinese raffle along with trophies for snowmobile showcasing. Racers from the Thunder Bay 250 were also in attendance.

Leftover funds from Saturdays show will benefit the Friends Together of Alpena cancer support organization.

DDA Continues To Plan Ahead