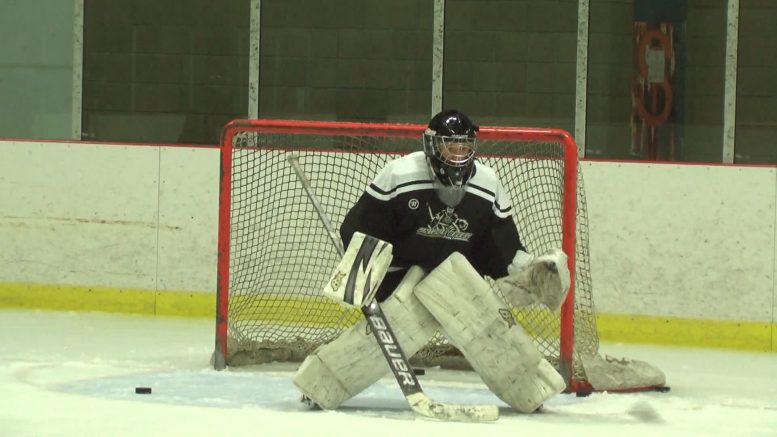 ALPENA, Mich — It’s very rare that goalie coaches would come to Alpena to help players take their talents to the next level. However, this rare moment became true thanks to President/Director of Unique Breed Goaltending, Ron Slavick.

“It means a lot,” said James Bolanowski. “Normally we don’t have any goalie coaches up here. It’s hard to find help.”

Slavick had the goalies exercise in off-ice workouts, practice skating drills, and get a bunch of reps in front of the net.

“It’s always great when someone comes up and helps you work on simple things, your movements, and staying on top of your game.” said Bolanowski.

Slavick saw some good saves from the goalies, but skating is where the players need to improve the most.

“The concentration that they need to refocus on is their skating,” said Slavick. “Things like skating will build a better foundation for a goaltender. Then later we will be able to add more things to their toolbox as they get older.”

At the end of the day, Slavick just wants the goalies to have a smile on their face.

“If they have a smile on their face, having a good time and learning at the same time, it’s a huge deal,” said Slavick. “You want these guys to be having fun. That’s how their going to stay in the game for a long time.”