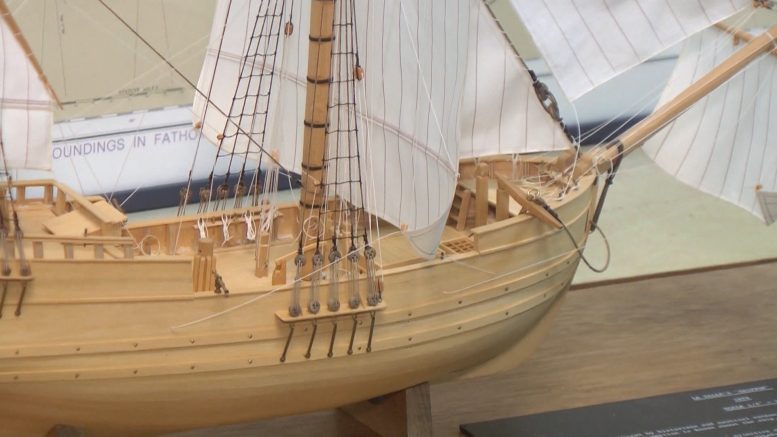 (Photo Courtesy/Mike Beiermeister) Many have claimed to have found the Griffon, but none of the discoveries have been validated.

Alpena, Mich. — It’s one of the oldest and most sought after shipwrecks in the Great Lakes.

On Thursday, you can learn more about the quest for one of the Great Lakes most infamous ships. State maritime archaeologist Dean Anderson will talk about the quest for the discovery of the Griffon. The ship went missing in September of 1679 after setting sail from Green Bay in western Lake Michigan. The mystery and folklore surrounding the ship make it one of the most interesting shipwrecks in the world.

“Its sort of been deemed as the ‘holy grail’ of shipwrecks in the Great Lakes because of it’s antiquity and because of it’s association with [René-Robert Cavelier, Sieur de] La Salle, so a lot of people have been looking for it over the years for hundreds of years even,” said Wayne Lusardi, state maritime archaeologist. “Since I started here in 2002, there have been 27 Griffon discoveries reported, and none of which are the Griffon.”

Catch this fascinating lecture on Thursday night at the Great Lakes Maritime Heritage Center. Doors open at 6:30 p.m. and Anderson will begin the presentation at 7:00 p.m.
For more information, visit www.thunderbayfriends.org.

MSU Science Festival will explore the earth’s waters on Thursday