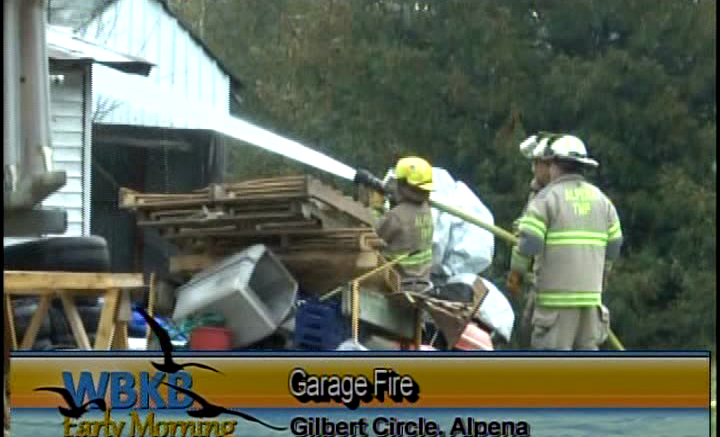 What could have been a major disaster was put out quick thanks to the fast response of the Alpena Township Fire Department. A garage fire caused a major scare Thursday morning.

The Alpena Township Fire Department was dispatched to a single story structure fire around 10:40 am at 3431 Gilbert Circle. When the fire department arrived on scene a wooden construction garage was on fire.

According to Alpena Township Fire Chief, David Robbins the fire was put out fast.

“They pulled lines and extinguish the fire pretty quickly. What it appeared to was a wooden stove on the inside and it looked like they appeared to be burning some garbage or something in there and it was improper installation,” Robbins said.