A storm system centered over Lake Superior is bringing rounds of rain to Northern Michigan tonight. There will likely be a break of dry weather Thursday morning, then a few more showers will be possible midday and afternoon. Following a cold front, temperatures will be nearly flat through the morning and afternoon. Significantly colder air will move in late Thursday to early Friday.

Wind speeds will increase, reaching 15-25 mph Thursday morning and afternoon. Strong winds will be coming from the west-northwest. Winds speeds will taper to about 10 mph Thursday night and Friday.

Thursday: Windy, cloudy with a few showers possible midday-afternoon. Low temperatures will be in the upper 40s during the morning. Afternoon highs will be only around 51 degrees. Early-evening temperatures will cool to the middle 40s. 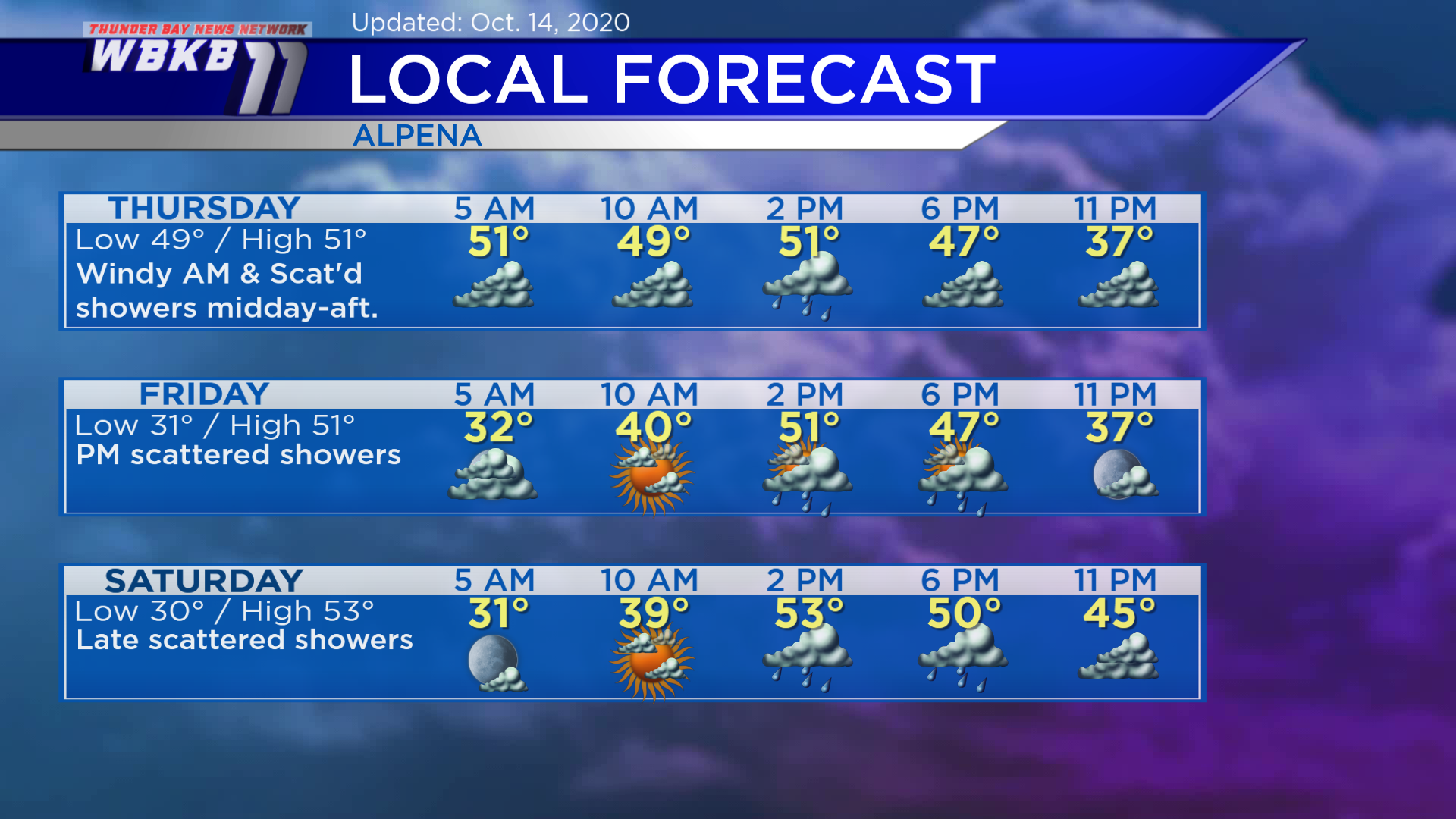