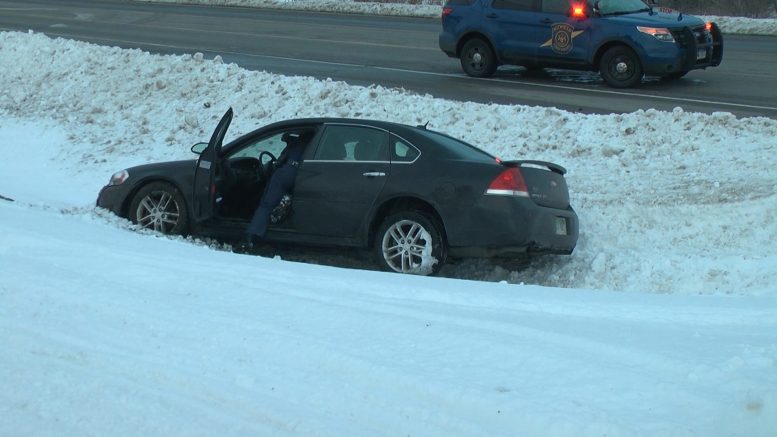 ALPENA, Mich. — Two vehicles were involved in an accident today on Bagley St. in Alpena.

One vehicle was turning left to go south from the Wolverine Credit Union but it did not yield to a vehicle heading north. The vehicle heading north tried to swerve and avoid contact but it was unavoidable. They collided, which sent the swerving vehicle into a ditch on the other side of the road.

Tpr. Luke Simmons says that in situations like these, staying in your lane is the best action you can take. “No collision is ideal, but you have a better chance of avoiding injury or another collision by braking and staying in your lane rather than having a head on collision, which is typically what happens when cars swerve out of their lane,” he said.

Both drivers were treated for their injuries on the scene and were released shortly afterwards.