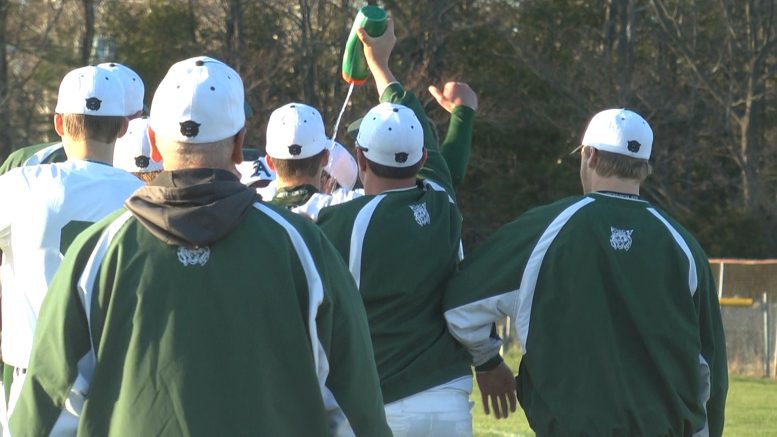 At bat, Colin Donajkowski, Kyle VanDusen and Keegan Spomer each collected three hits. The Wildcats totaled 12 in game one. Alpena scored five runs in the third inning, which led to a 10-0 victory in five innings.

For game two, Keegan Spomer pitched a complete no-hitter for the first time on varsity helping Alpena win 5-0. Spomer can thank outfielder Alex Cosbitt for snagging the last grounder in the seven and turning it to first for the last out. The junior ended the day dishing out 13 strikeouts.

The Wildcats racked up seven hits in the game. Chris DeRocher and Bruz Copping collected two hits each. Credit goes to the coaches and the Wildcats’ base running. Alpena stole four bases, including two by Aidan Goike, one of which scored a run.

The (13-4) 0verall Wildcats are undefeated in the Big North Conference and lead the pack. Up next, Alpena travels to Ogemaw Heights for a non-conference game starting at 4 p.m.