Lake effect snow off of Lake Michigan is blanketing most of Northern Michigan. The area least affected where only a few minimal flurries have happened is along US-23 south of Alpena. As of earlier today, travel conditions have been snowy along M-33 and I-75 throughout northern Michigan.

Low temperatures overnight will cool to about 16 degrees, and wind chills will drop to about 0. Morning temperatures will be in the upper teens, and afternoon highs will get to 23 degrees. Scattered snow showers are more likely during the daytime hours. The chance of snow showers will drop off tomorrow evening. It will be chilly and breezy, winds will come from the northwest, about 20 mph. 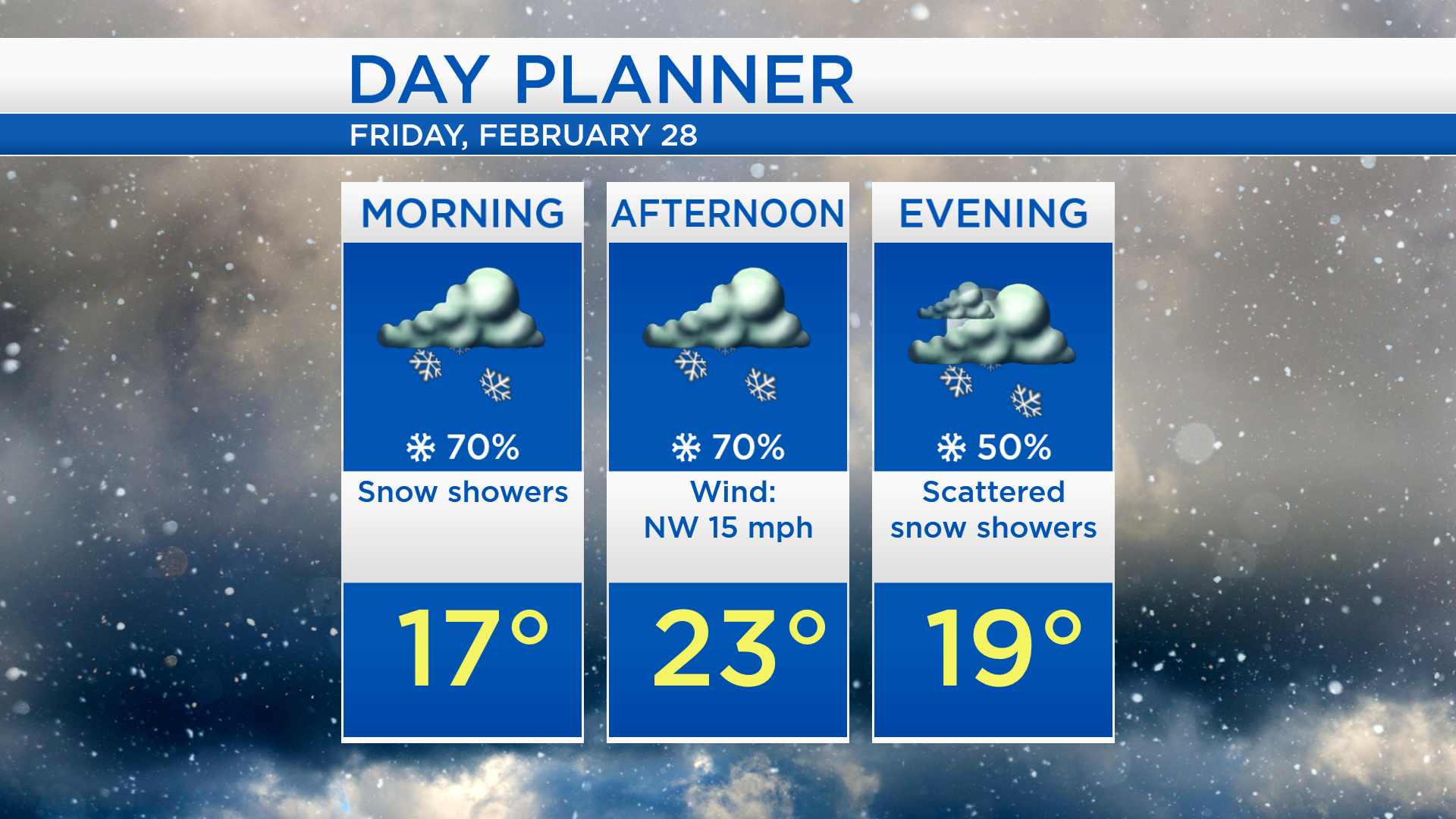 A band of snow is predicted to come off of Lake Huron and onto the shoreline of Presque Isle and Alpena counties. This band of snow will have the potential to create snow squall conditions — a sudden burst of heavy snow with gusty winds and sharply lower visibility. Localized areas (highlighted in yellow) could get 3-7 inches of snow. Snowfall will be much less outside the highlighted areas. Near and west of I-75, persistent lake effect snow off of Lake Michigan could bring heavy amounts to Kalkaska, Antrim and western Otsego counties. 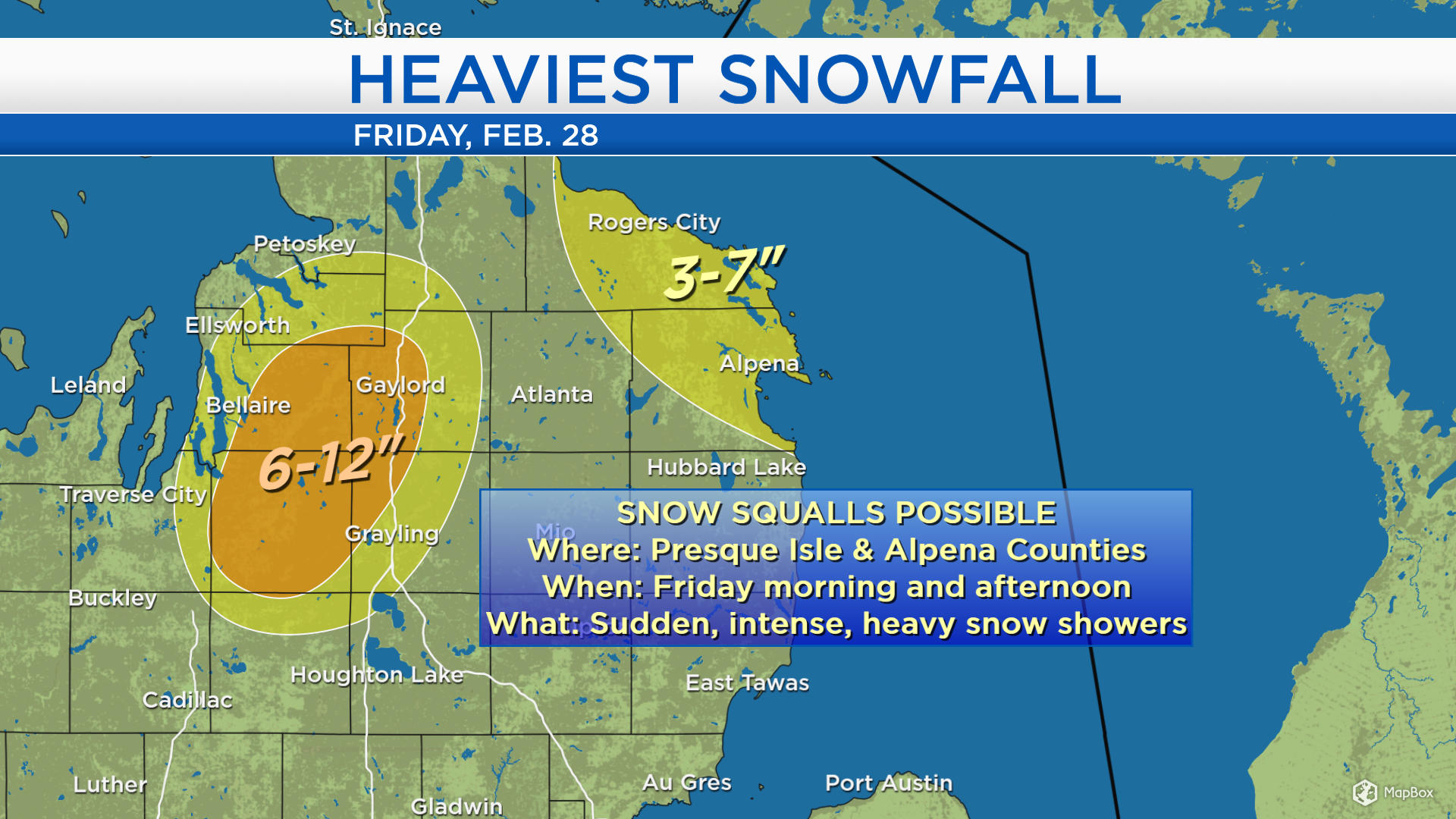 Scattered snow showers are expected on Friday with highs near 23 degrees, but it will feel much colder as strong winds continue. Saturday will be brighter with partly cloudy skies and highs around 29 degrees. Temperatures will climb to the upper 30s Sunday afternoon with increasing cloud cover late-day. Warm temperatures remain in the forecast through early next week. For the rest of Northeast Michigan’s weather forecast, watch the latest weather video by clicking the weather tab at the top of the page. 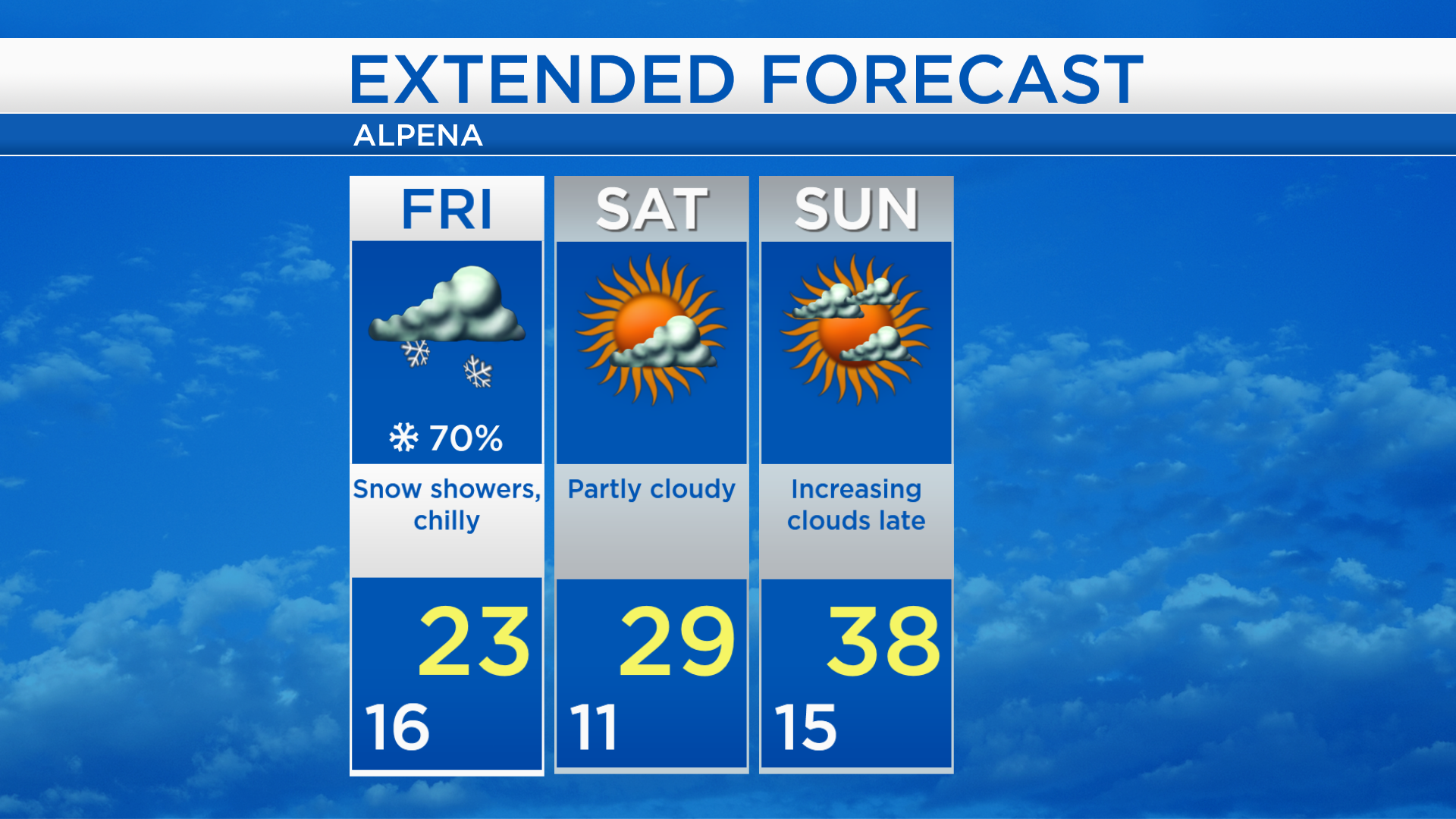