A cold front moving through the Upper Peninsula and northern Wisconsin will move into our area, bringing showers overnight. The cold front will result in colder temperatures Wednesday and Thursday. A few showers will still be possible early Wednesday. Then drier conditions will move in Wednesday afternoon and winds out of the northwest will become stronger.

High temperatures will be near 60 degrees Wednesday and in the lower 60s Thursday. Winds out of the south-southwest will bring warmer temperatures Friday, reaching about 70 degrees. Temperatures will become cooler again over the weekend with highs in the middle 60s Saturday, and upper 50s Sunday. 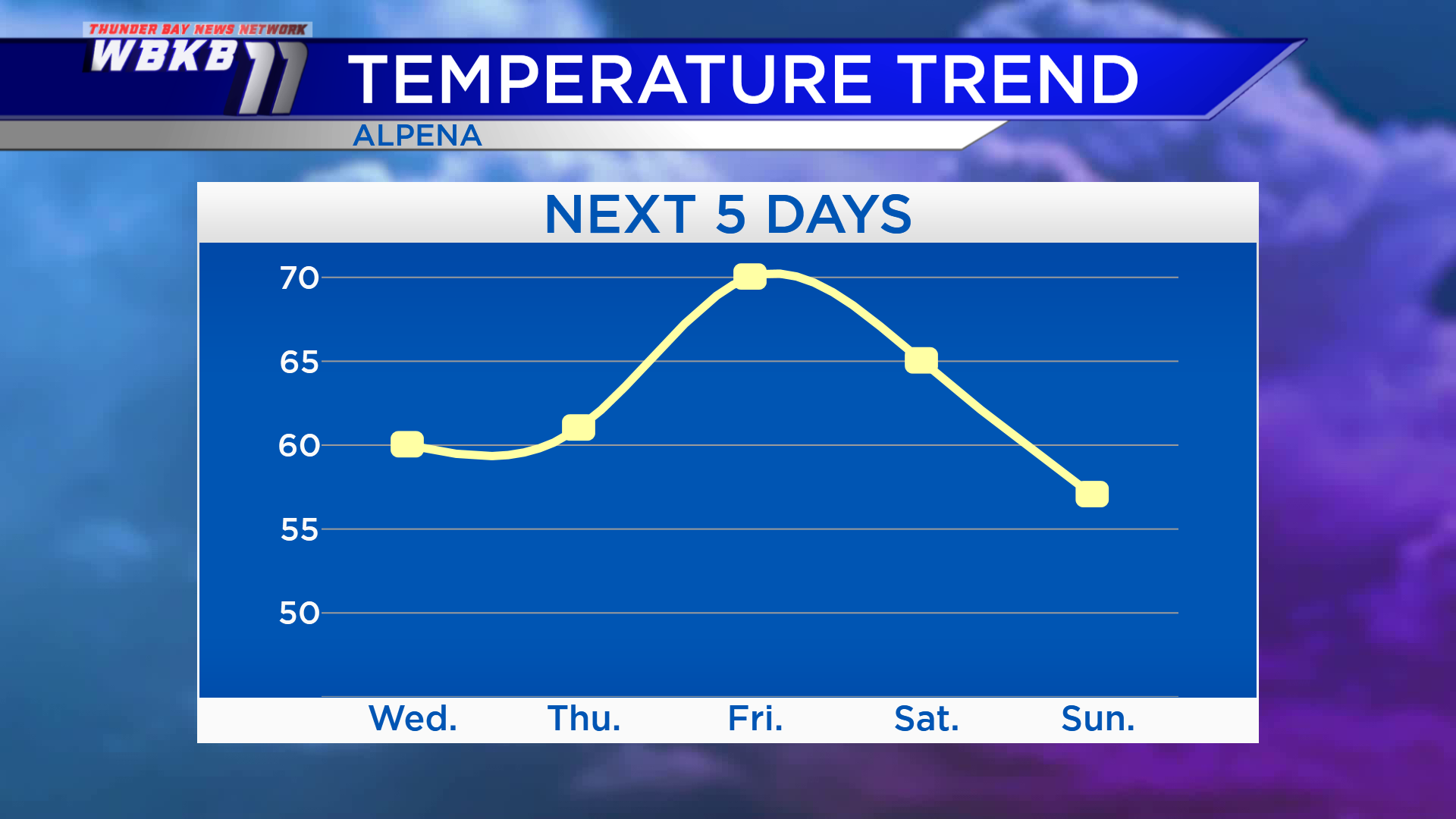 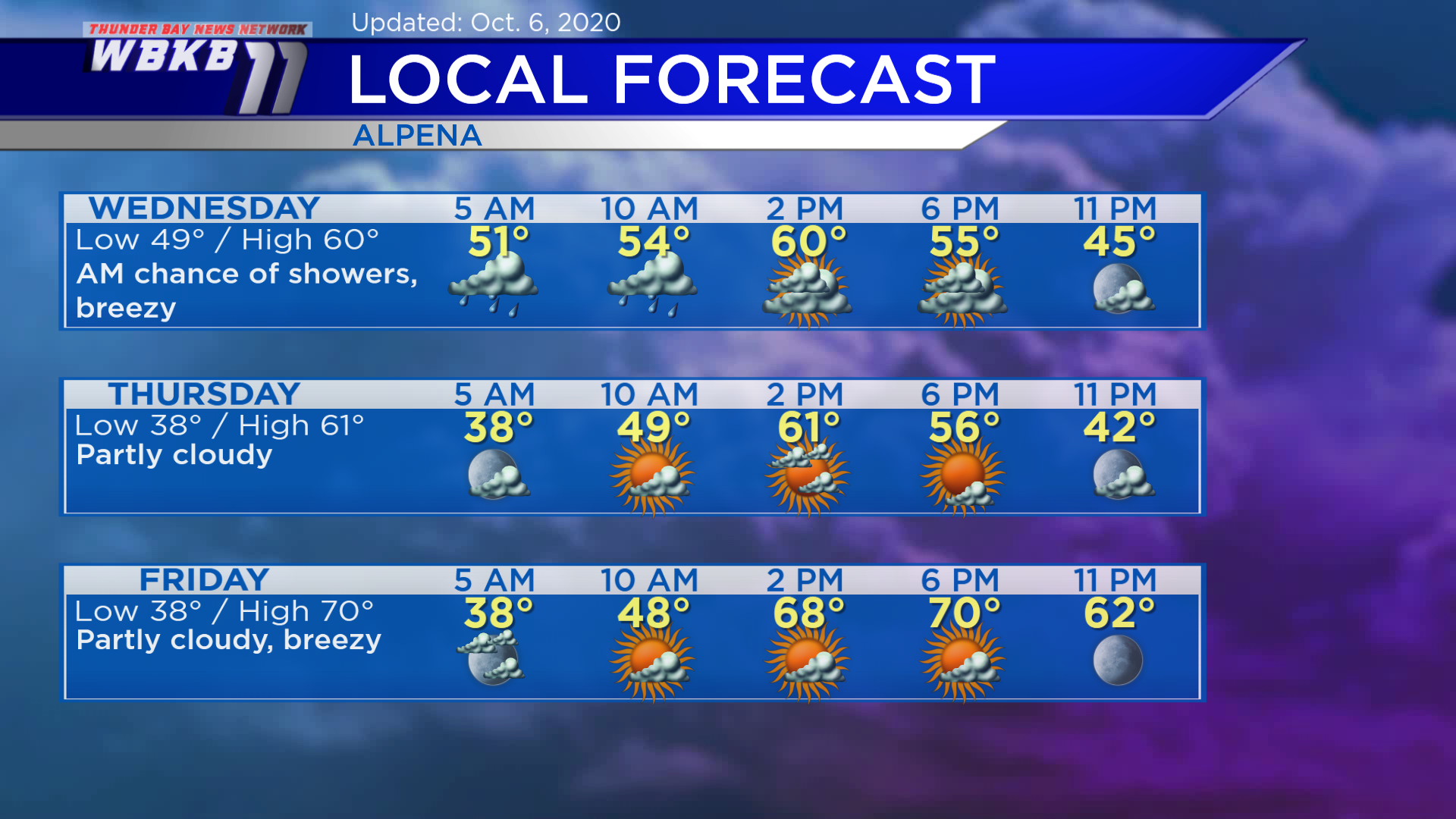 Hurricane Delta has strengthened to category 4 strength, maximum winds are close to 145 mph and the hurricane is approaching the Yucatan Peninsula of Mexico. It will then travel into the central Gulf of Mexico. Delta is expected to make landfall in Louisiana late Friday, potentially as strong as a category 3 hurricane at that time. 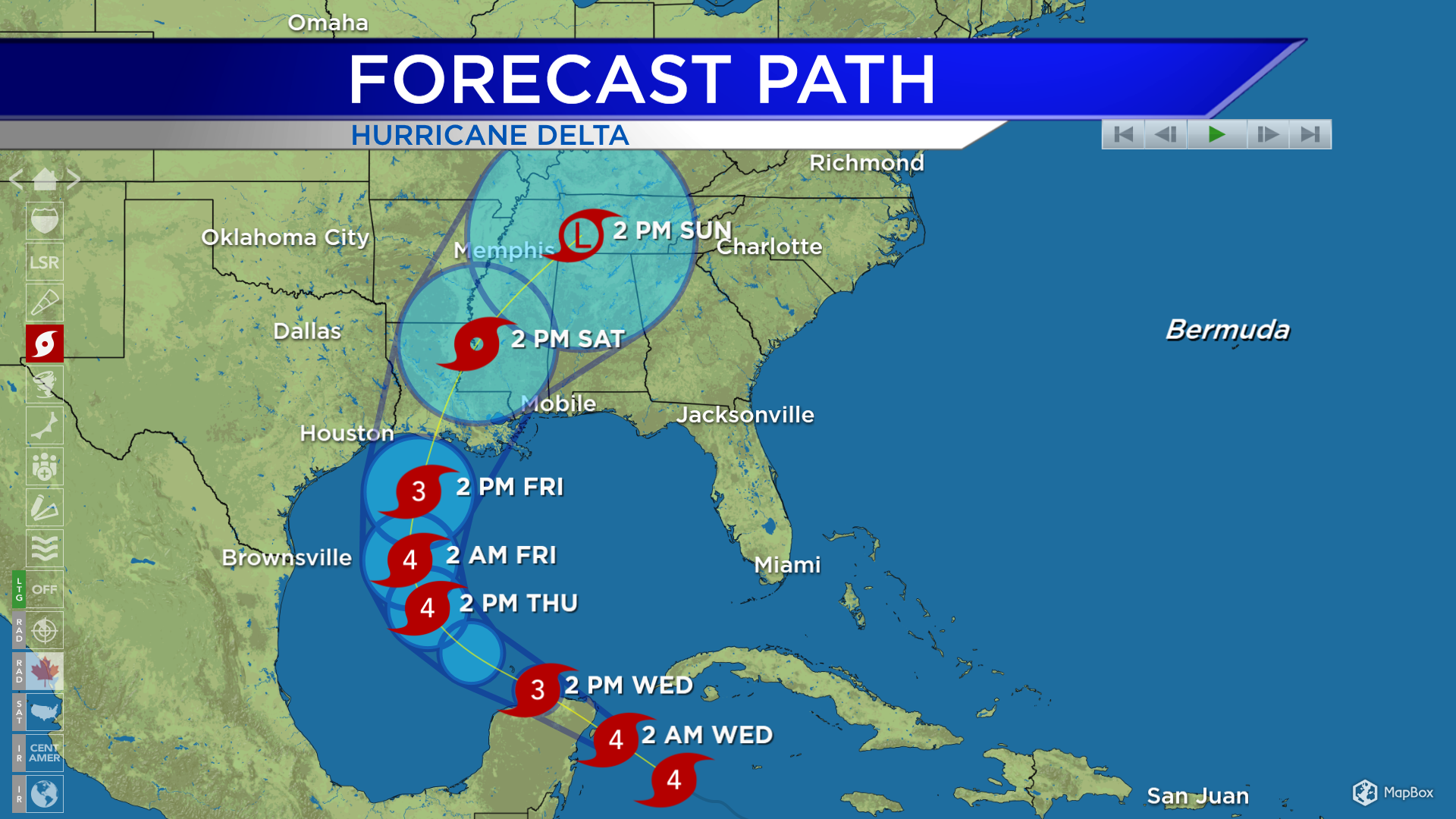