Cloudy skies remained over Northern Michigan today throughout the morning and afternoon. Winds were gusty in the early-morning, with reported wind gusts about 40 mph around 6 a.m., then relaxed throughout the day, coming out of the northwest. The light northwest winds are bringing temperatures that fell from the mid-20s this morning to the upper teens this afternoon, and some weak lake effect snow showers to the west of I-75. In Northeast Michigan, cloud cover will partially clear this evening.

Highs around the Midwest reached the mid-20s in Alpena, but that was in the early-morning. Winds out of the northwest helped to bring falling temperatures in the afternoon. Any significant warmth is moving to the south, where highs in the mid-30s were observed in Indianapolis and Chicago. Looking toward the Canadian border, temperatures only reached the single digits in parts of Northern Minnesota, a sign of some much colder air moving into our area this weekend. 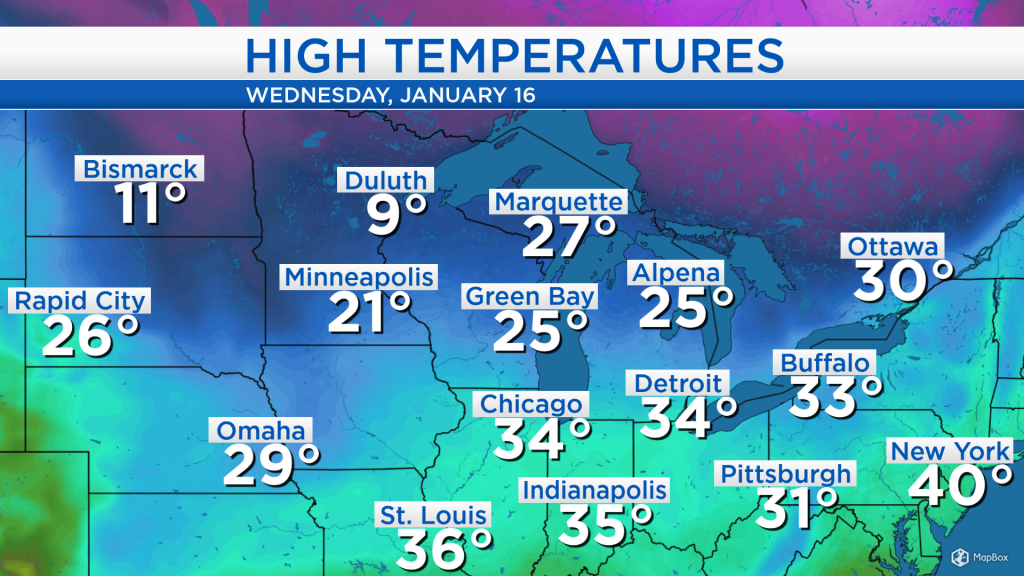 Low temperatures overnight will drop to around 0 degrees. Clearing skies and light winds, less than 5 mph, will allow for temperatures to become very cold overnight. 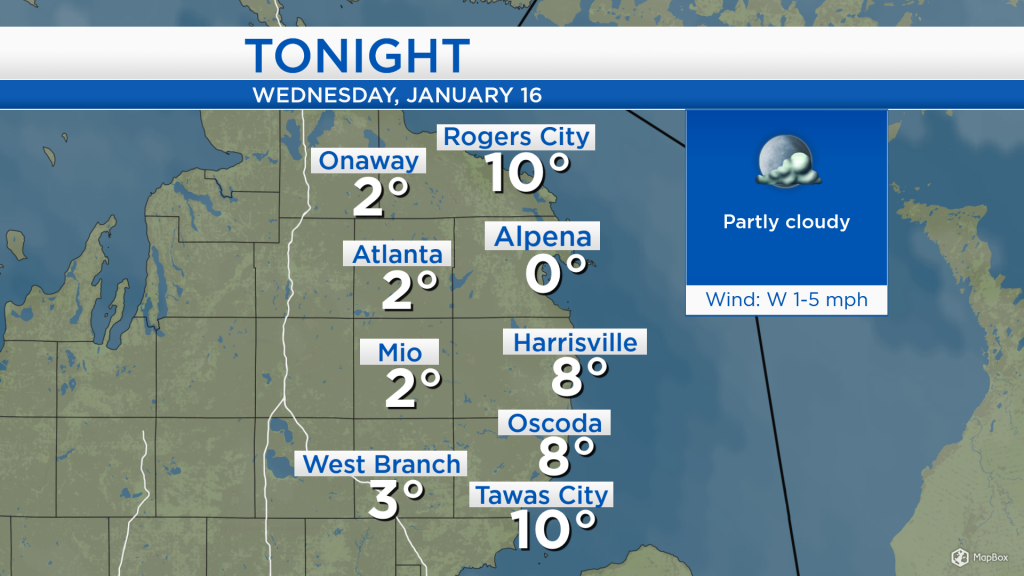 By the morning tomorrow, temperatures will rise slightly to around 7 degrees, but wind chill values will be closer to 0. Dry weather is expected for the morning and most of the afternoon, as highs warm to 25 degrees. In the late-afternoon and evening, a few flurries are possible as a cold front moves through Northern Michigan. 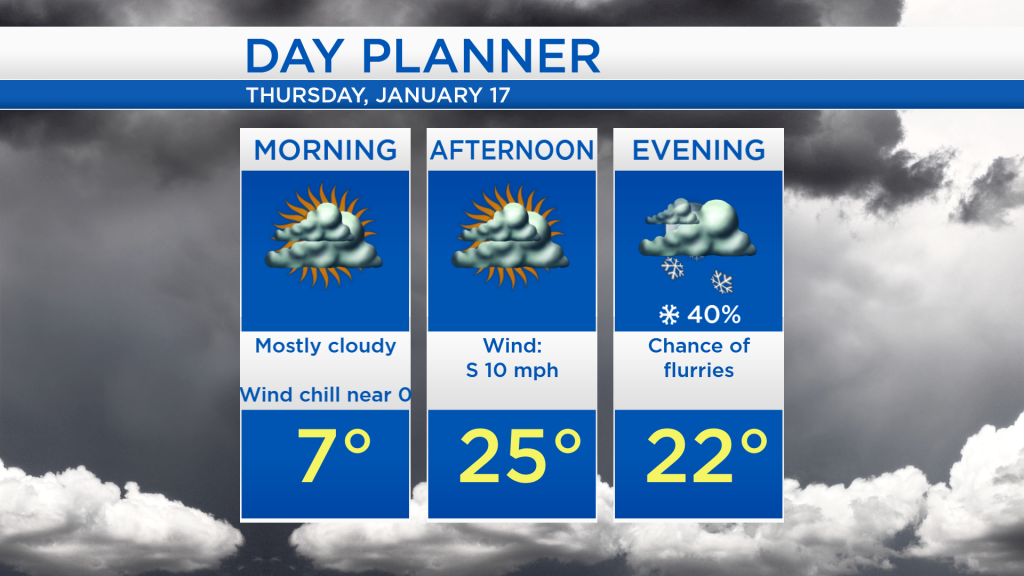 Highs will reach the mid-20s tomorrow with dry weather to start, then a chance of flurries late. Highs will still reach the lower 20s on Friday with mostly cloudy skies. Late-week, a storm system will move across the Southern Plains then into the Northeast — Northeast Michigan will be on the northern edge, so a chance of snow showers remains in the forecast for Saturday. The bigger story this weekend will be the extremely cold air mass moving in from northern Canada. Daytime highs are forecast to reach 11 degrees on Saturday, then only 6 degrees on Sunday. For the rest of Northeast Michigan’s weather forecast, watch the latest weather video by clicking the weather tab at the top of the page. 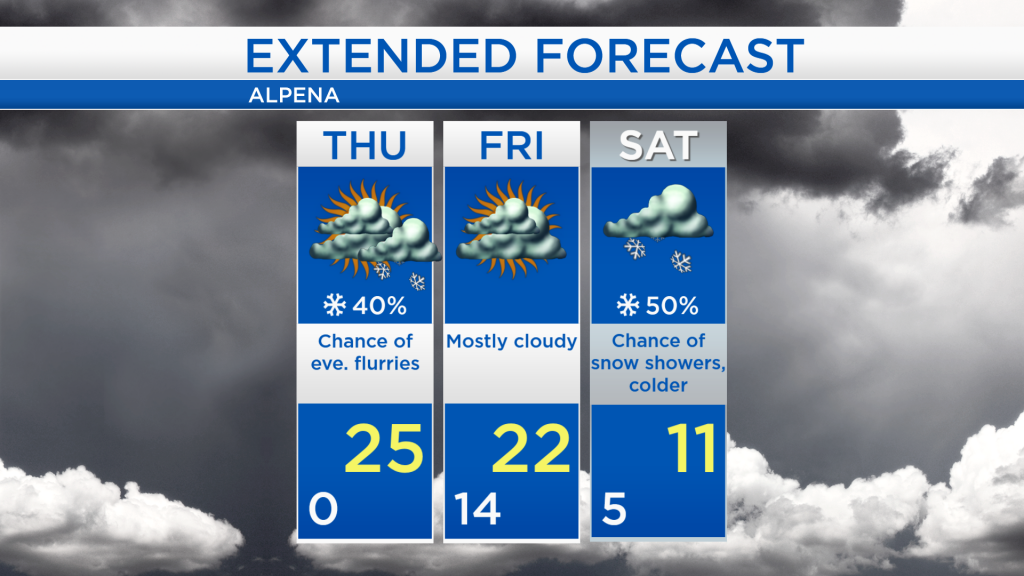