A weak disturbance moving through Michigan is bringing some scattered snow showers to our area, continuing tonight. Stronger winds from the WNW will generate some lake effect snow showers Tuesday. Some of those snow showers will drift into Northeast Michigan.

The coldest and warmest temperatures over the next five days are highlighted on the forecast graph, below. Temperatures will get close to 10 degrees predawn Wednesday, colder than anything we’ve had in more than two weeks! The warmest temperatures in the extended forecast will arrive Thursday with highs in the middle 30s, prior to a sharp cold front. That late-week front will bring another blast of cold temperatures heading into the weekend. 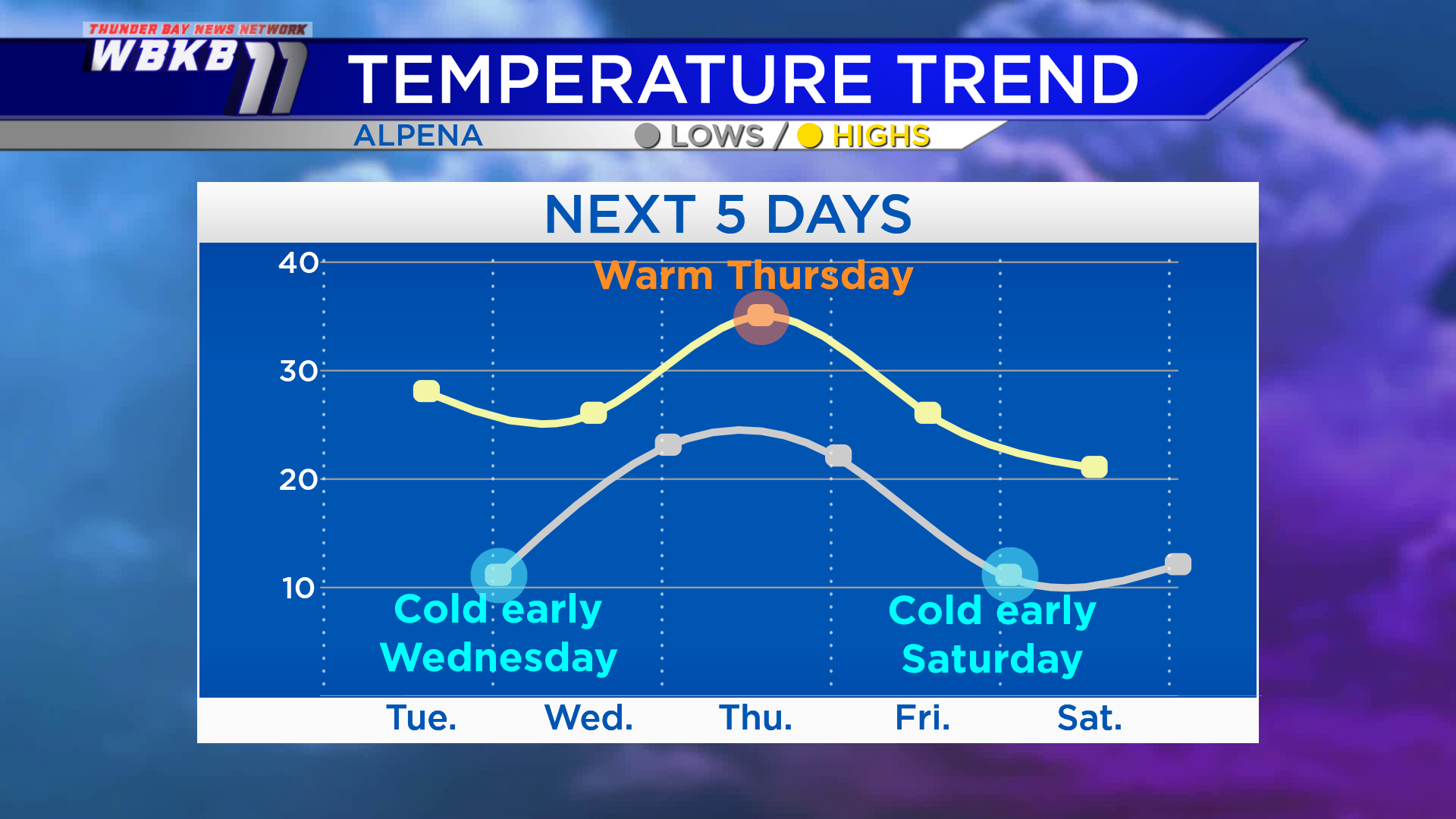 Tuesday afternoon, winds are going to increase to about 15 mph. The stronger winds will make it feel more chilly. Afternoon highs will be in the upper 20s, and wind chills will make it feel like the teens to around 20 onto exposed skin. 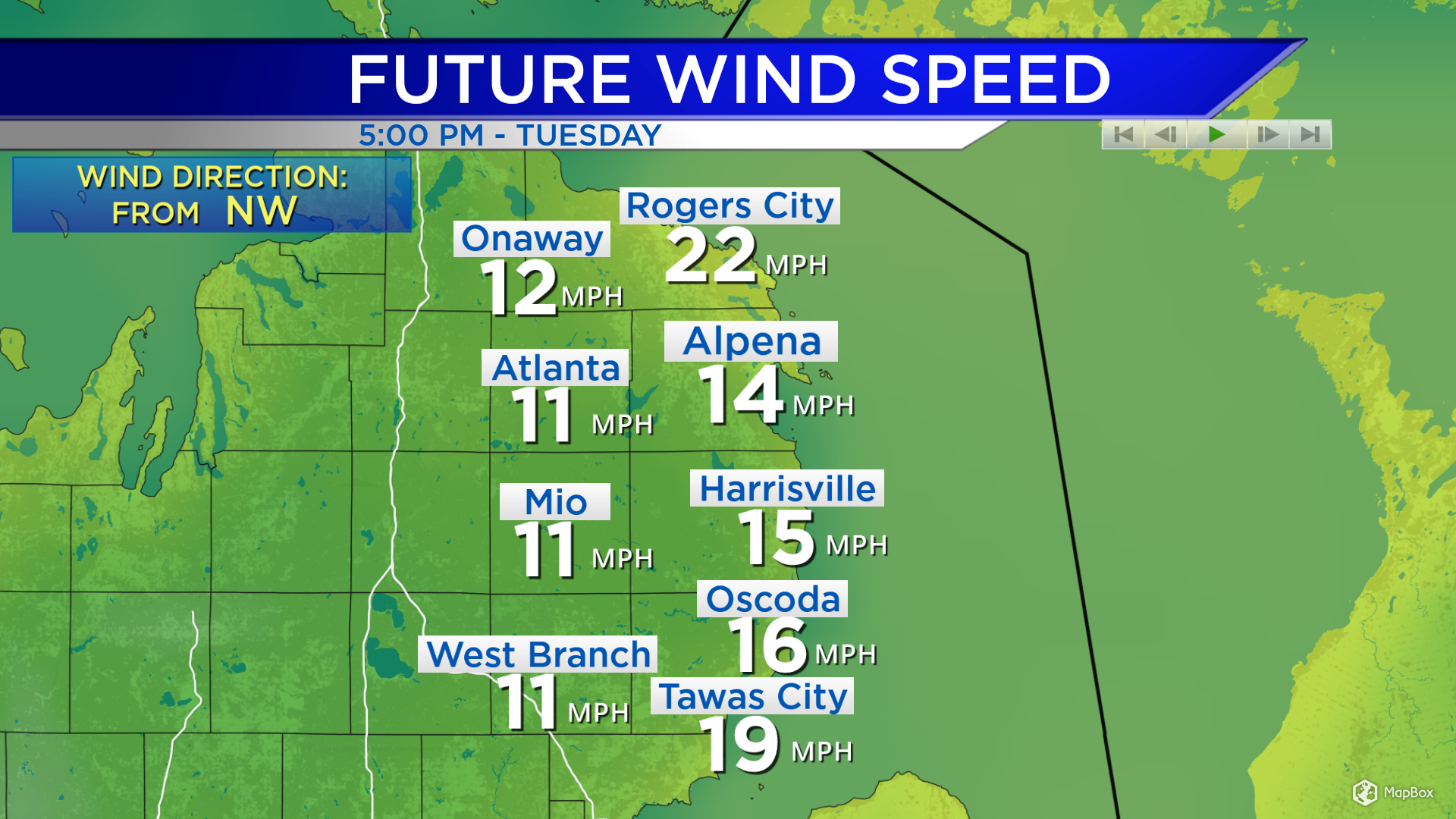 There will likely be a lull in the winds early Wednesday. Winds will increase again late Wednesday, becoming out of the south. While it’s going to get breezy, the southerly wind direction will help boost temperatures late Wednesday into Thursday. 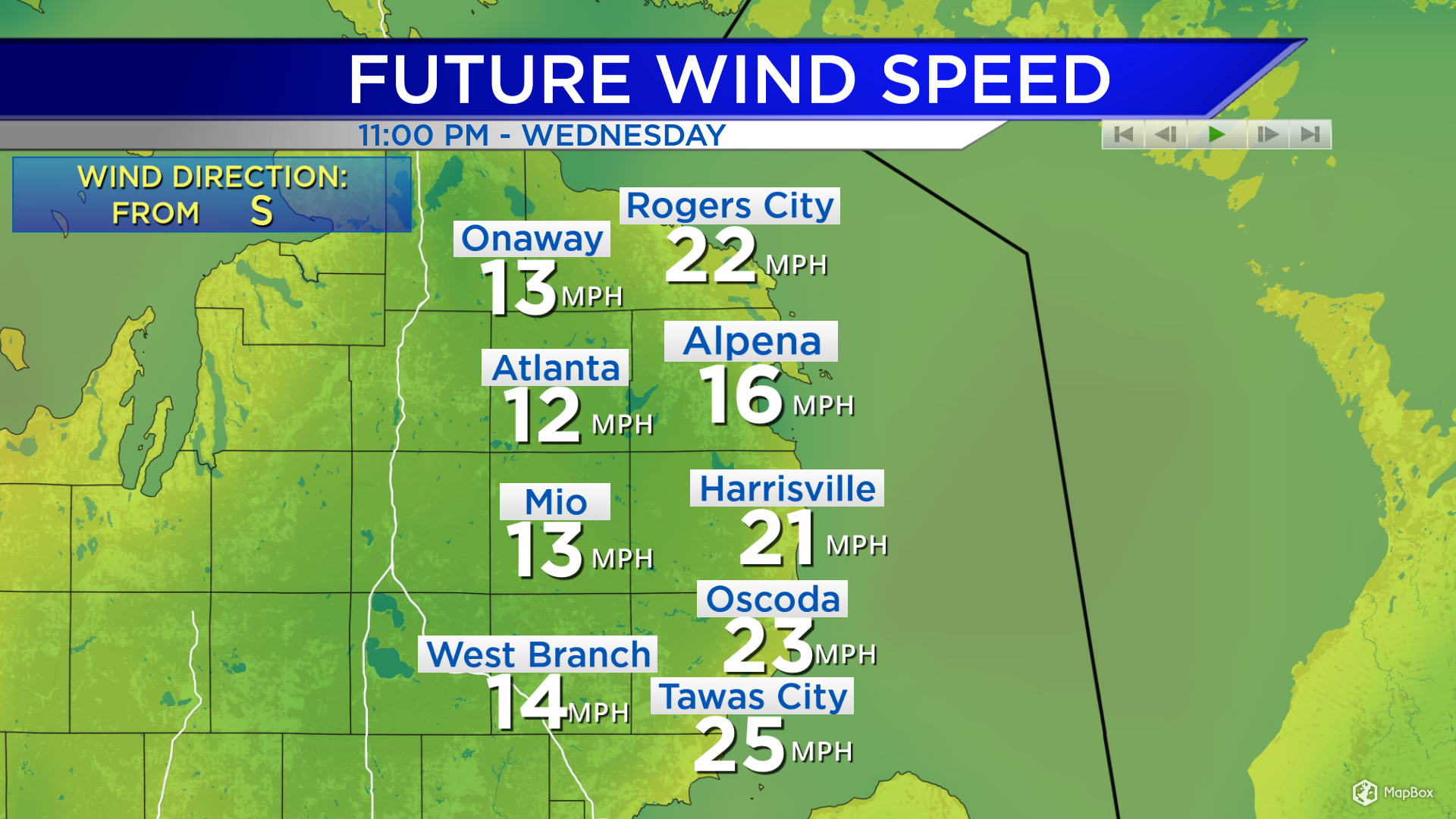 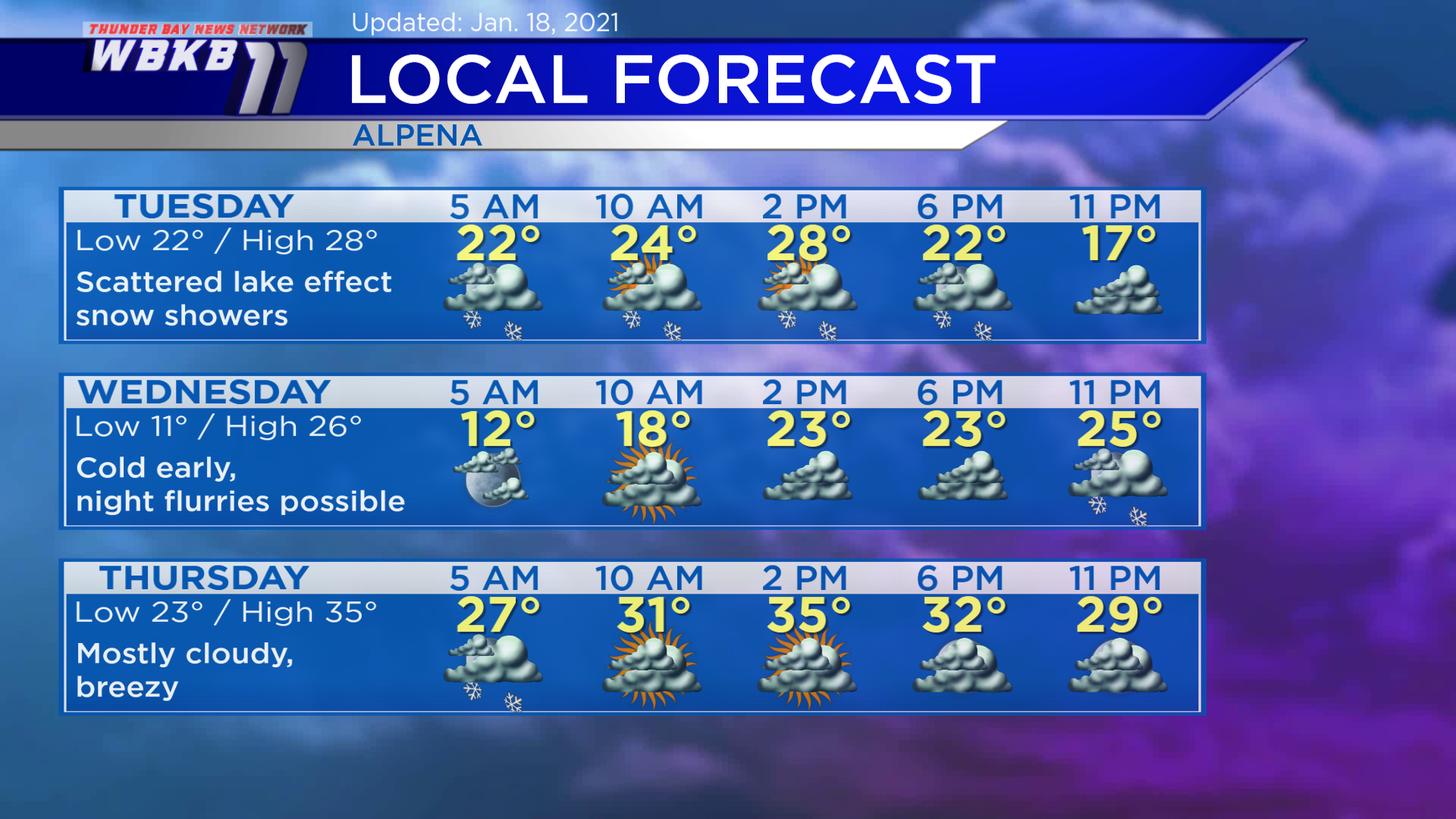