Peak wind gusts Sunday reached the 45-50 mph following an exiting storm system that brought rain and even some nighttime snow showers over interior areas. These winds have begun to taper compared to the strong gusts felt Sunday. 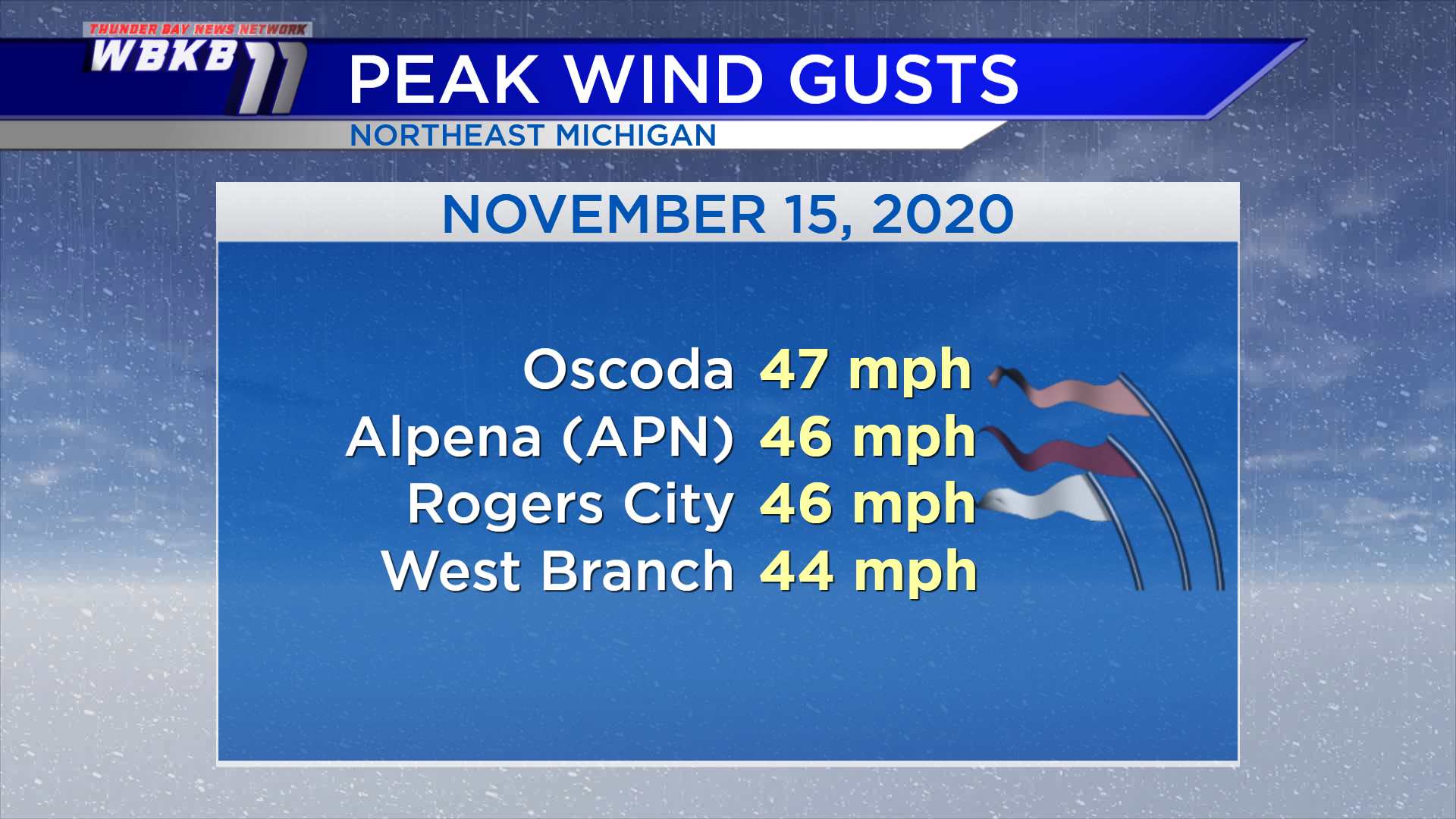 Highs Monday reached only 35 degrees in Alpena. Some places in the Upper Peninsula didn’t even get above 30 degrees, the high was 28 degrees in Marquette. 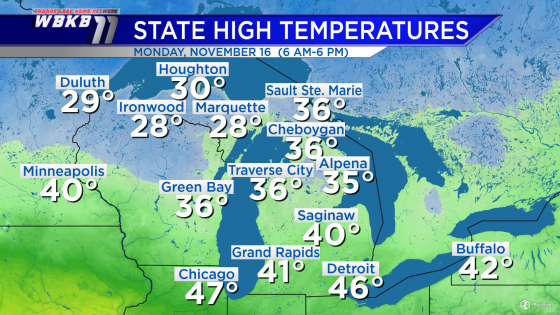 Tuesday will feel cold with highs in the lower to middle 30s and brisk winds from the northwest. Those winds could also generate some bands of lake effect snow showers off of Lake Michigan and Lake Huron. So, Tuesday’s forecast has a chance of scattered flurries in Alpena. This snapshot of Future Radar shows a forecast depiction of 9:15 a.m. 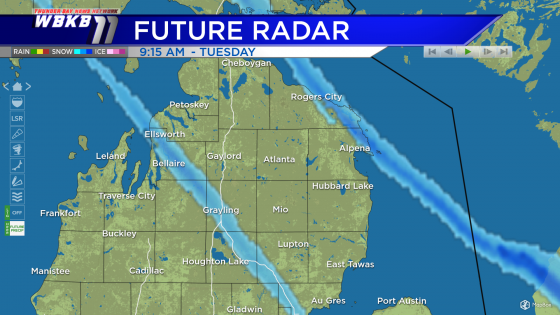 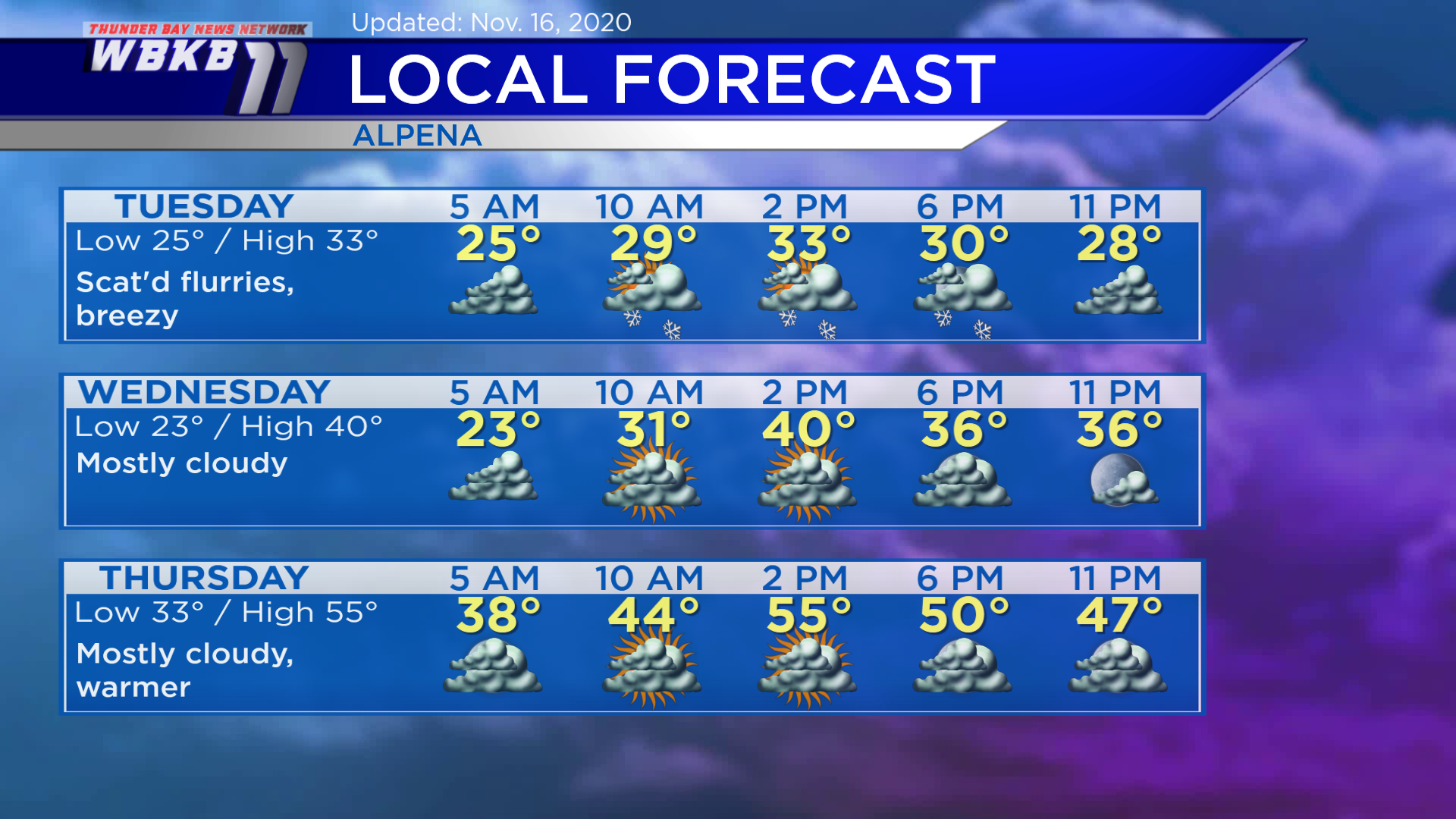