Scattered flurries developed over Northeast Michigan Thursday. Some increasing moisture moved into the area, courtesy of a weak disturbance from the Upper Plains and a stronger storm system to our south. Winds from the east-northeast off of Lake Huron also helped to generate some flurries. Because of the wind direction, the flurries have been traveling from ENE to WSW across Northern Michigan. Alpena saw some light flurries, but some more consistent snow showers fell over parts of Oscoda and Ogemaw Counties. Most places will get a break from any flurries overnight into early Friday with cloudy skies.

High temperatures across much of the state reached the middle 20s Thursday. Alpena had a high of 24 degrees, the high was 25 degrees in Saginaw and 26 degrees in Cheboygan. Temperatures will be going on a warming trend heading in to the weekend and early next week. 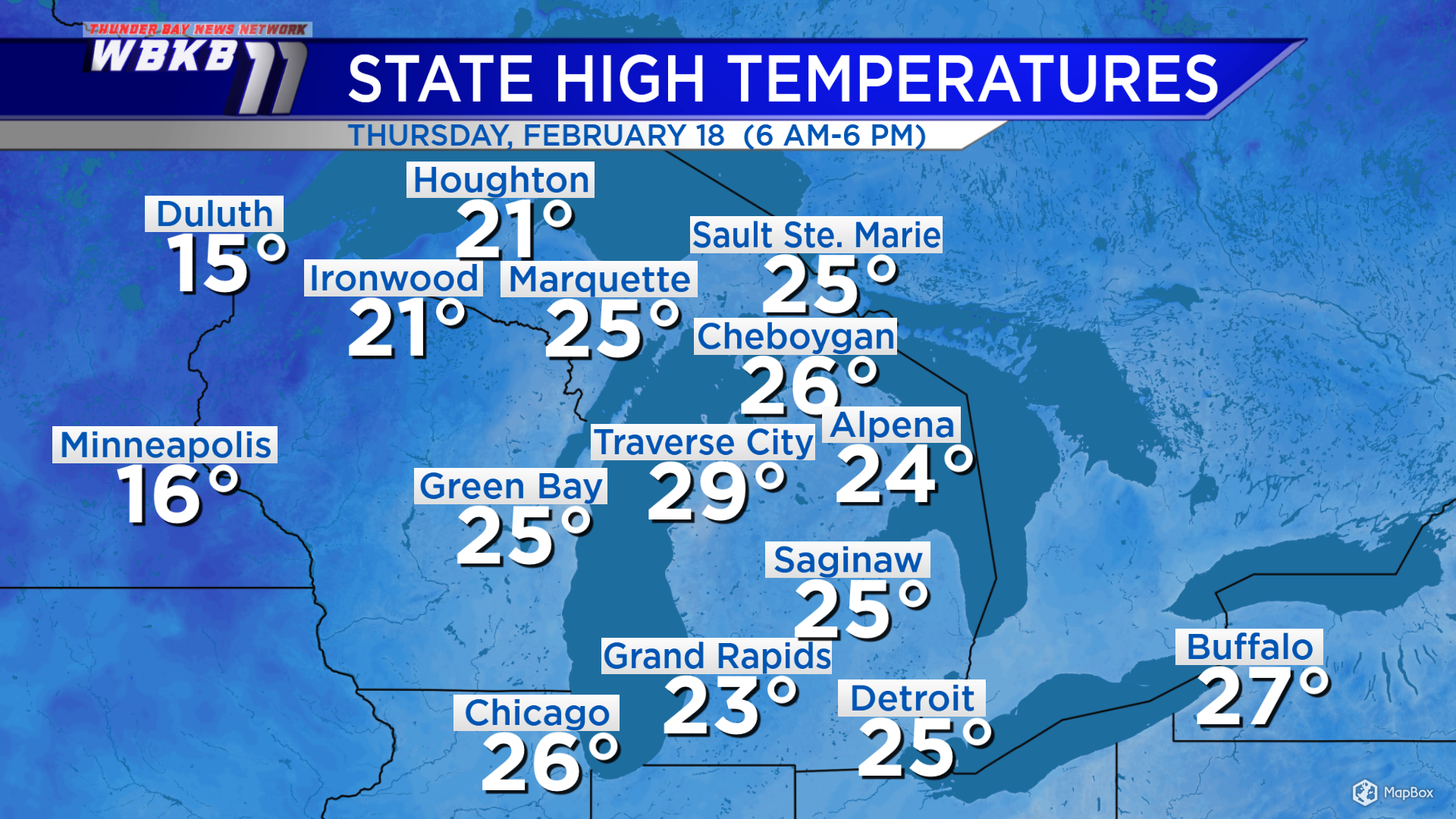 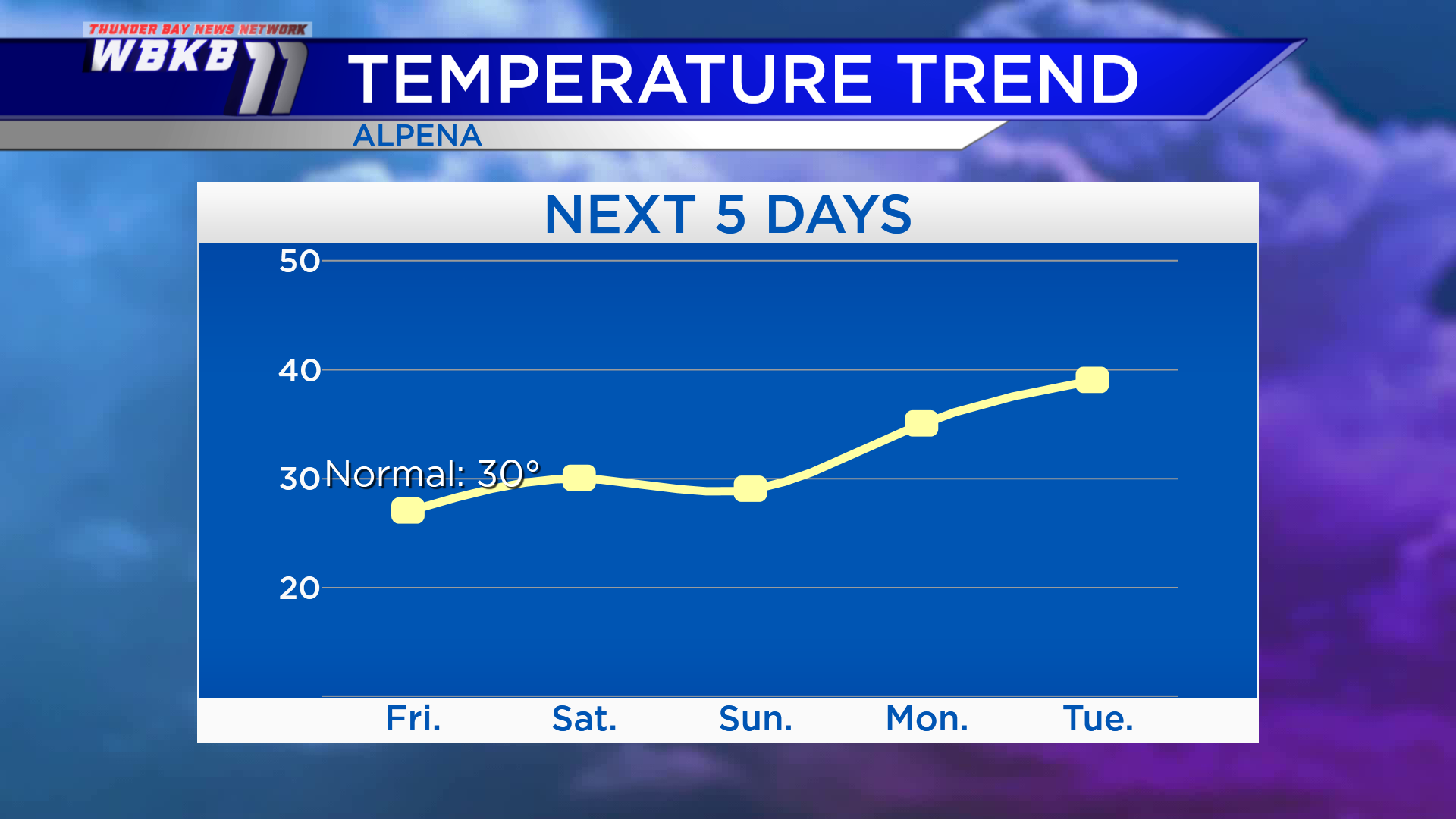 Sunday: Increasing clouds in the morning and midday hours, then snow will likely move in late-day or evening. Early-morning lows will be near 6 degrees. Temperatures will climb to the upper teens in the late-morning. Afternoon highs will be around 29 degrees. Evening temperatures will be in the middle 20s. 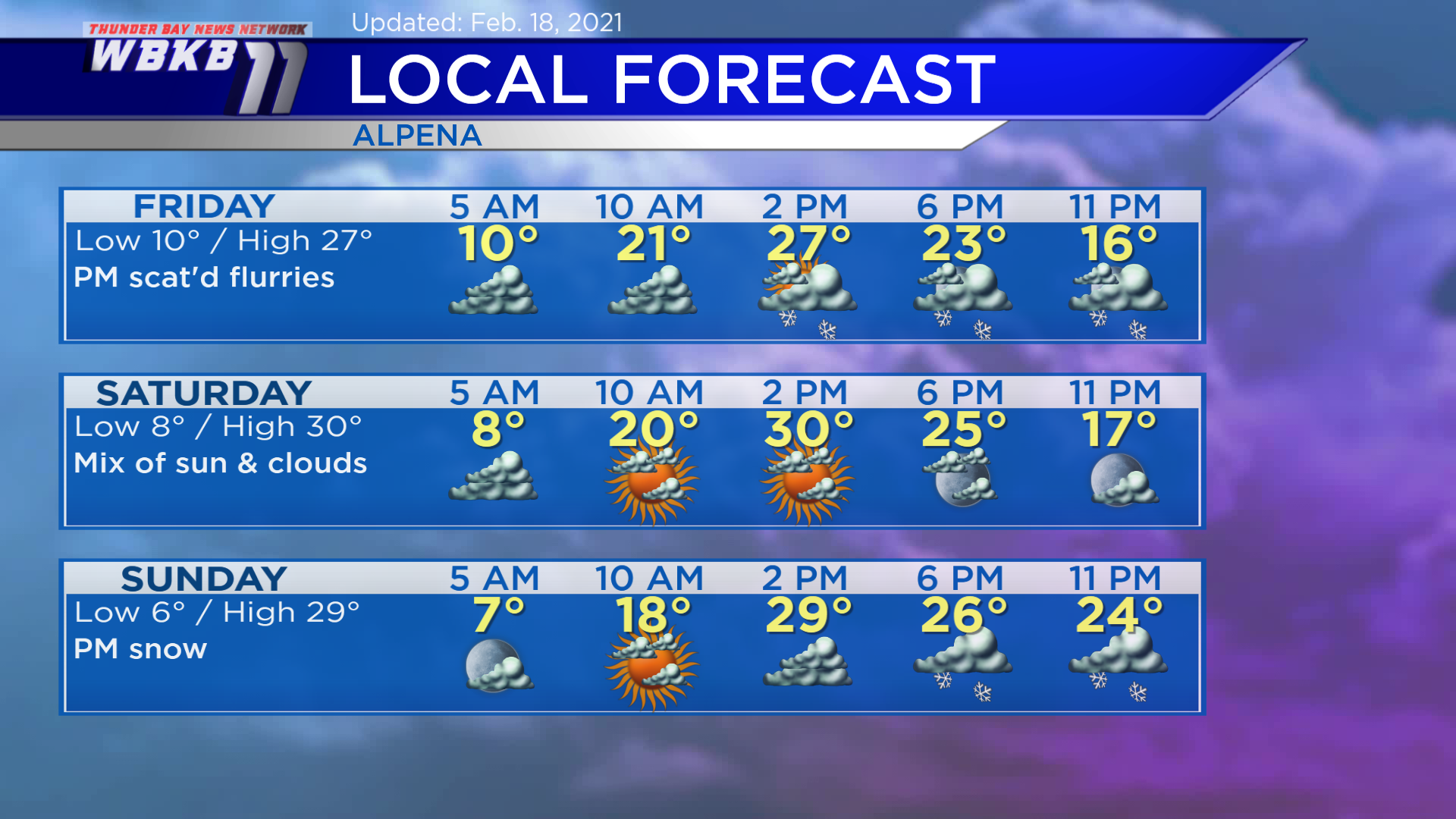