One area of high pressure over Minnesota and another area of high pressure north of the North Dakota-Canada border will maintain dry and tranquil weather locally. Northeast Michigan should end up with a few breaks of sun Saturday. The most potent storm system nationwide is bringing some snow to parts of North Carolina and Virginia. It will be heading out into the Atlantic. The next notable storm system currently over Idaho will take a path toward the southeast and end up in Texas. 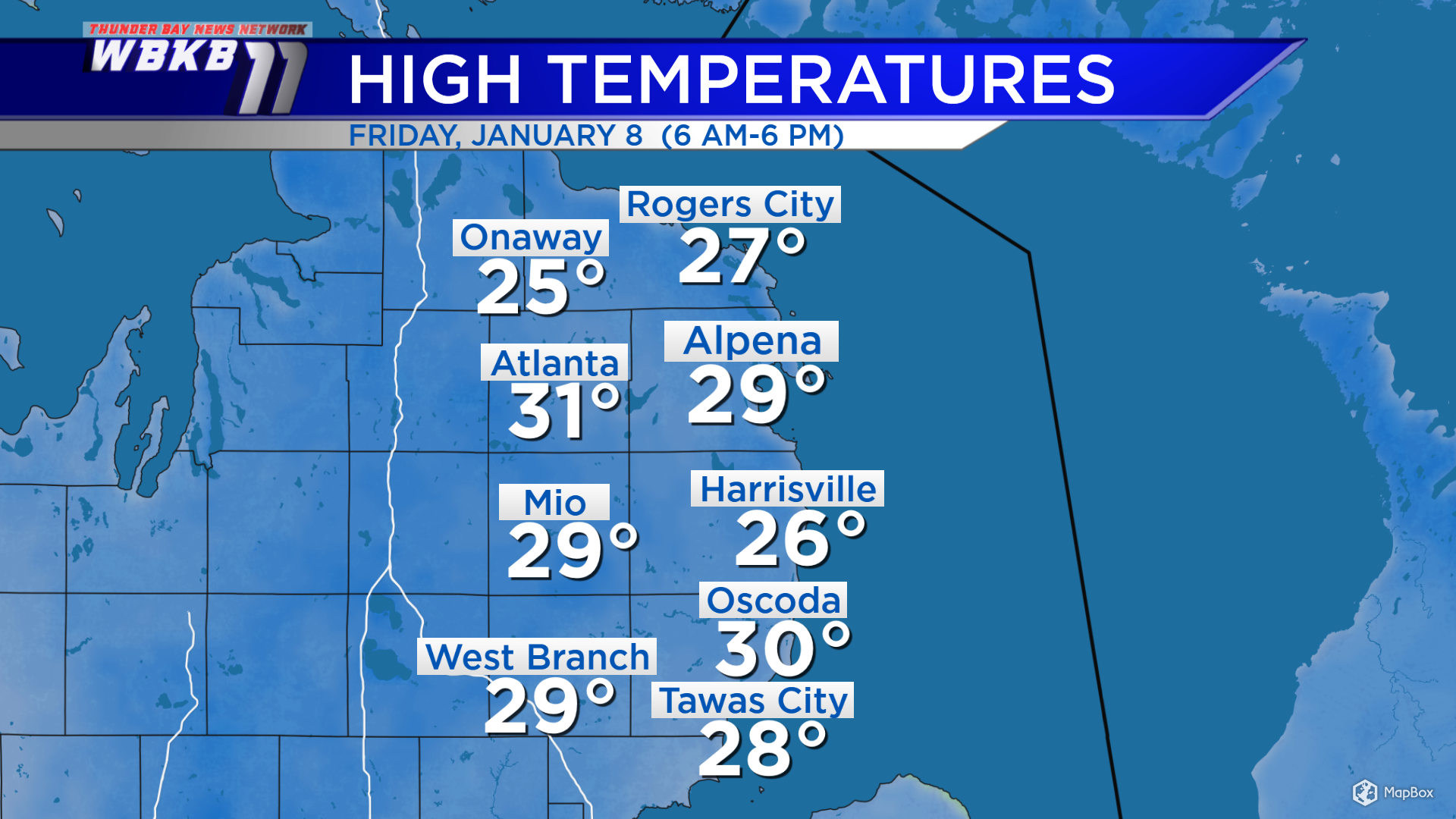 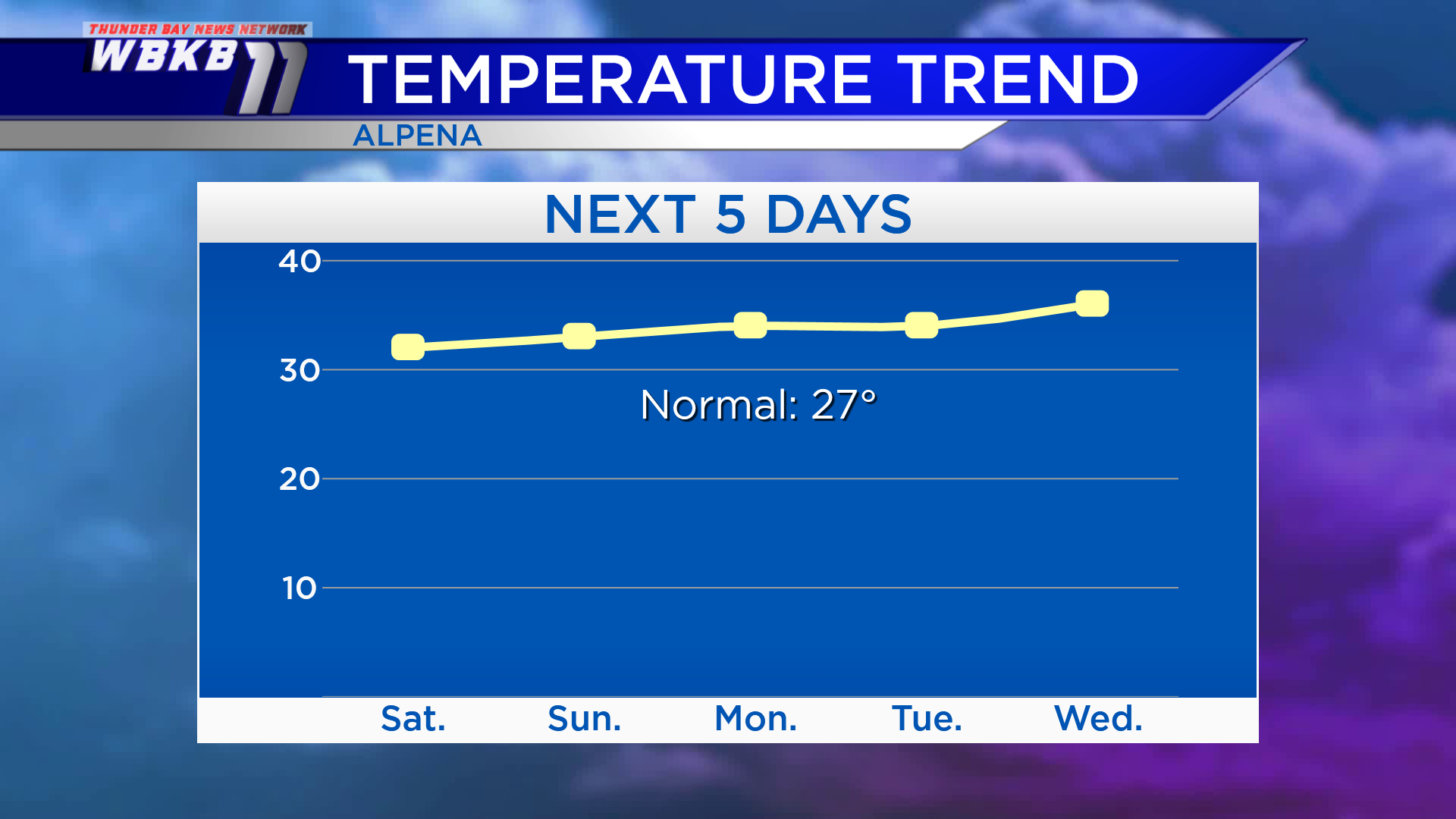 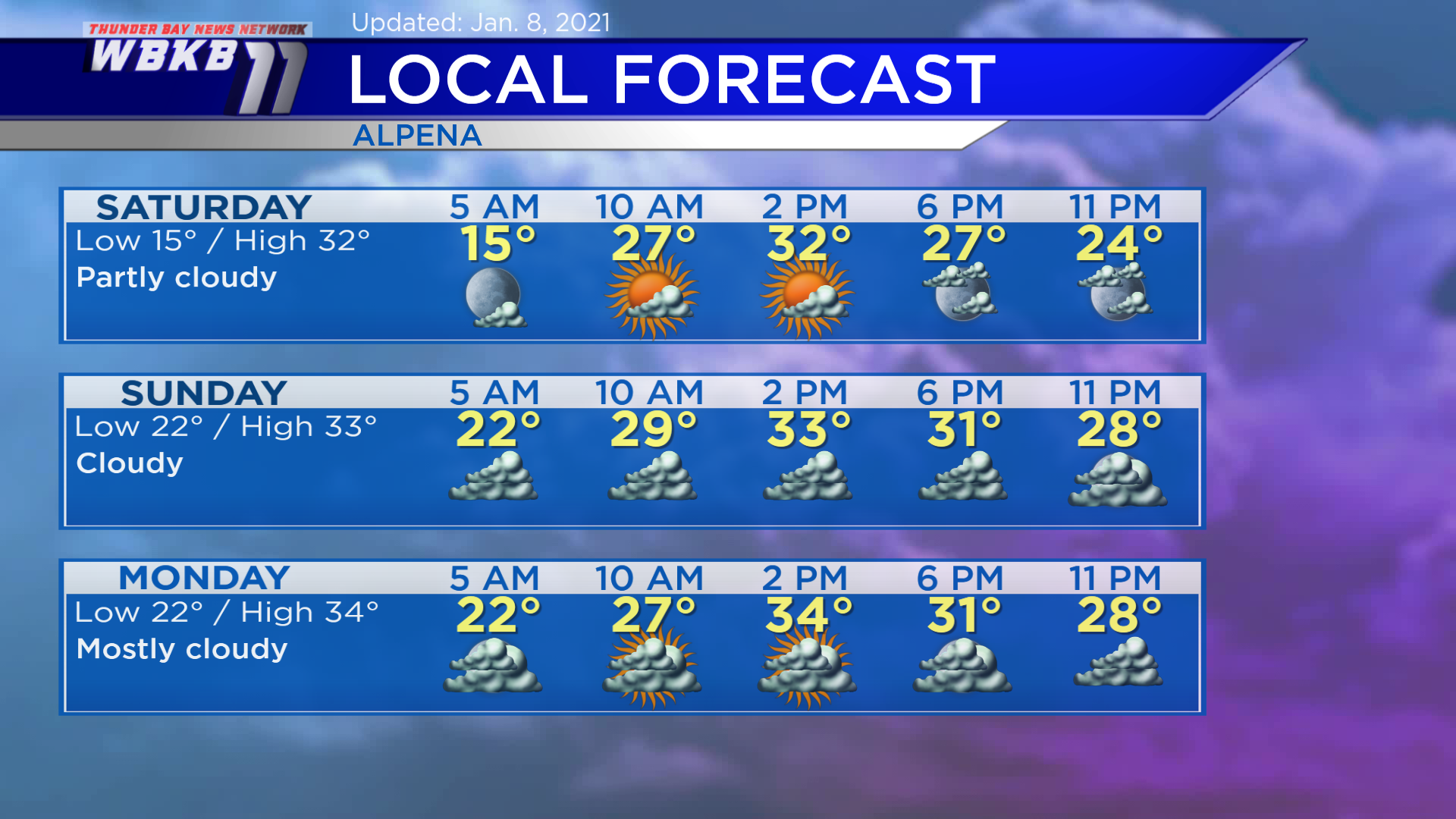