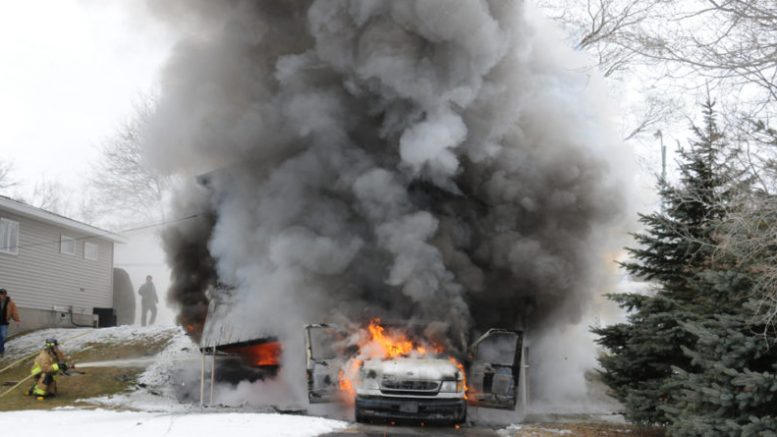 Fire officials now know what caused the fire that destroyed a home and vehicle in Rogers City yesterday afternoon.


At approximately 1:50PM Monday, the Rogers City Area Fire Department was dispatched to a structure fire at 444 South Third Street in Rogers City.


On scene, firefighters found a van engulfed in flames with the fire spreading to the rear of the home and basement. Firefighters initially attempted to make an entry but soon after, deteriorating conditions demanded an exterior attack.


23 firefighters from Rogers City and Posen Area Fire Departments battled the blaze for three and a half hours until it was under control. The house and vehicle were a total loss.


Rogers City Fire Chief Mike Kroll says the fire was started when the homeowner was working on his vehicle.


“The homeowner was doing some work on a van, and he was using acetylene torches, and he accidentally caught the vehicle on fire,” said Kroll.


No people were injured during the fire, but unfortunately a pet is believed to have perished inside the home.

Possible cause determined in Habitat for Humanity fire