A cluster of thunderstorms over Minnesota and Wisconsin is moving east. This will give a risk of thunderstorms in Northern Michigan late tonight. The potential of storms will be short-lived, after midnight to the predawn hours very early Wednesday. 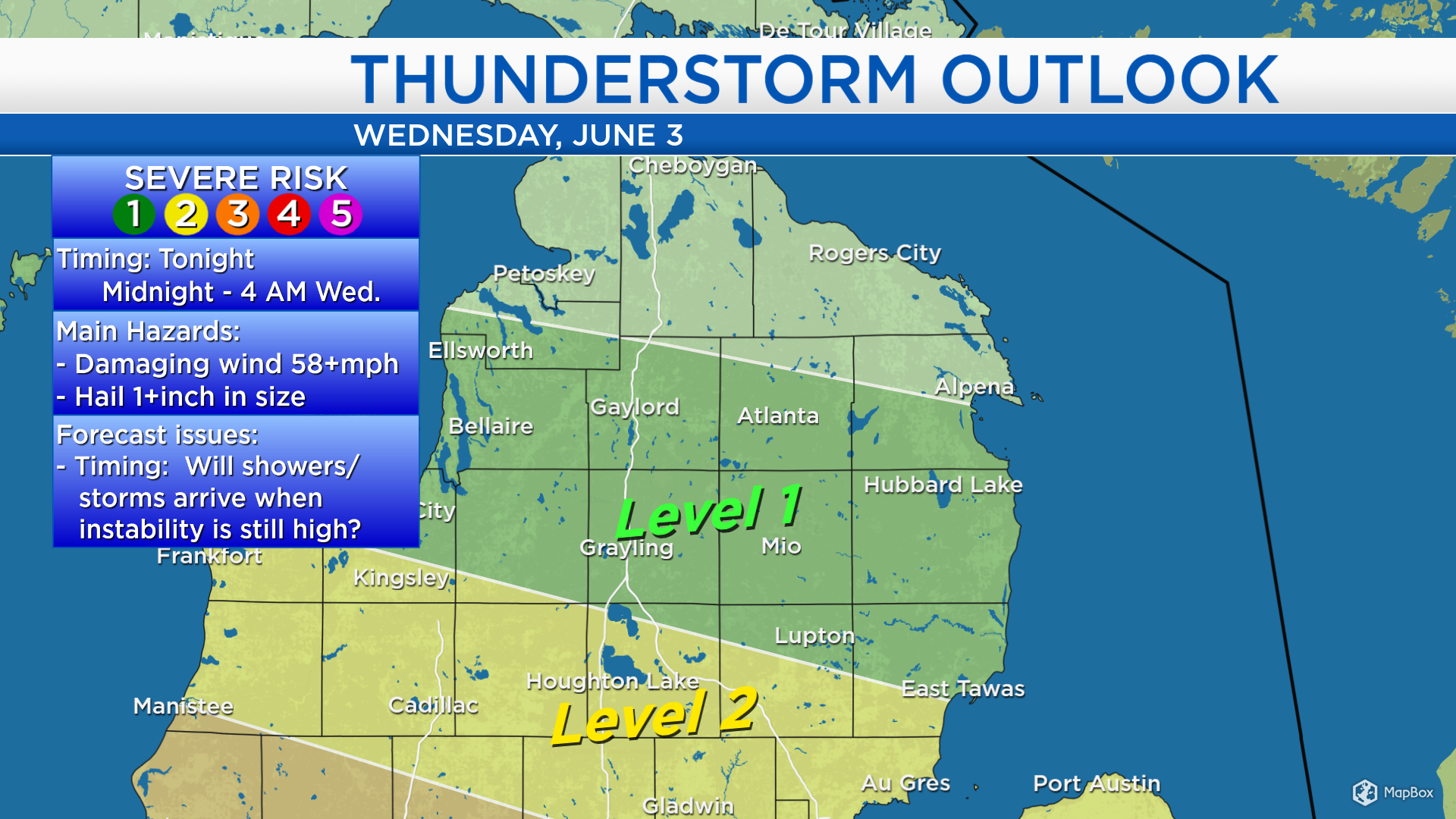 A warm front that moved through our area last night has brought and warm and muggy air mass to our area. High temperatures soared to 92 degrees in Alpena, 91 degrees in Traverse City, and 88 degrees in Saginaw. Wednesday will be less humid and not as hot. 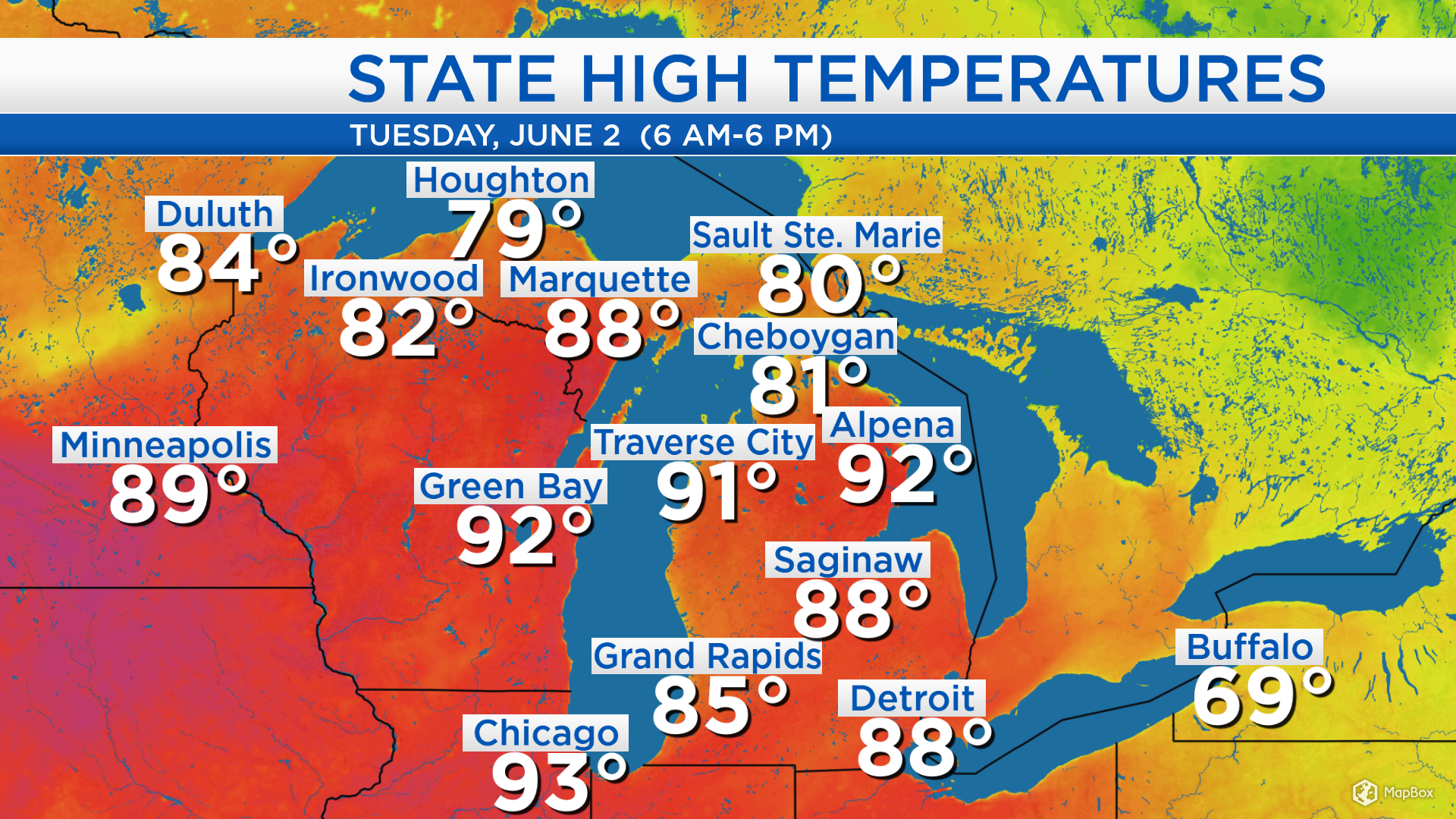 Overnight lows will be near 59 degrees. There could be a few spotty showers early Wednesday with morning temperatures in the lower 60s. Skies will become mostly sunny and afternoon highs will reach around 79 degrees. Winds will come from the northwest, about 10 mph. 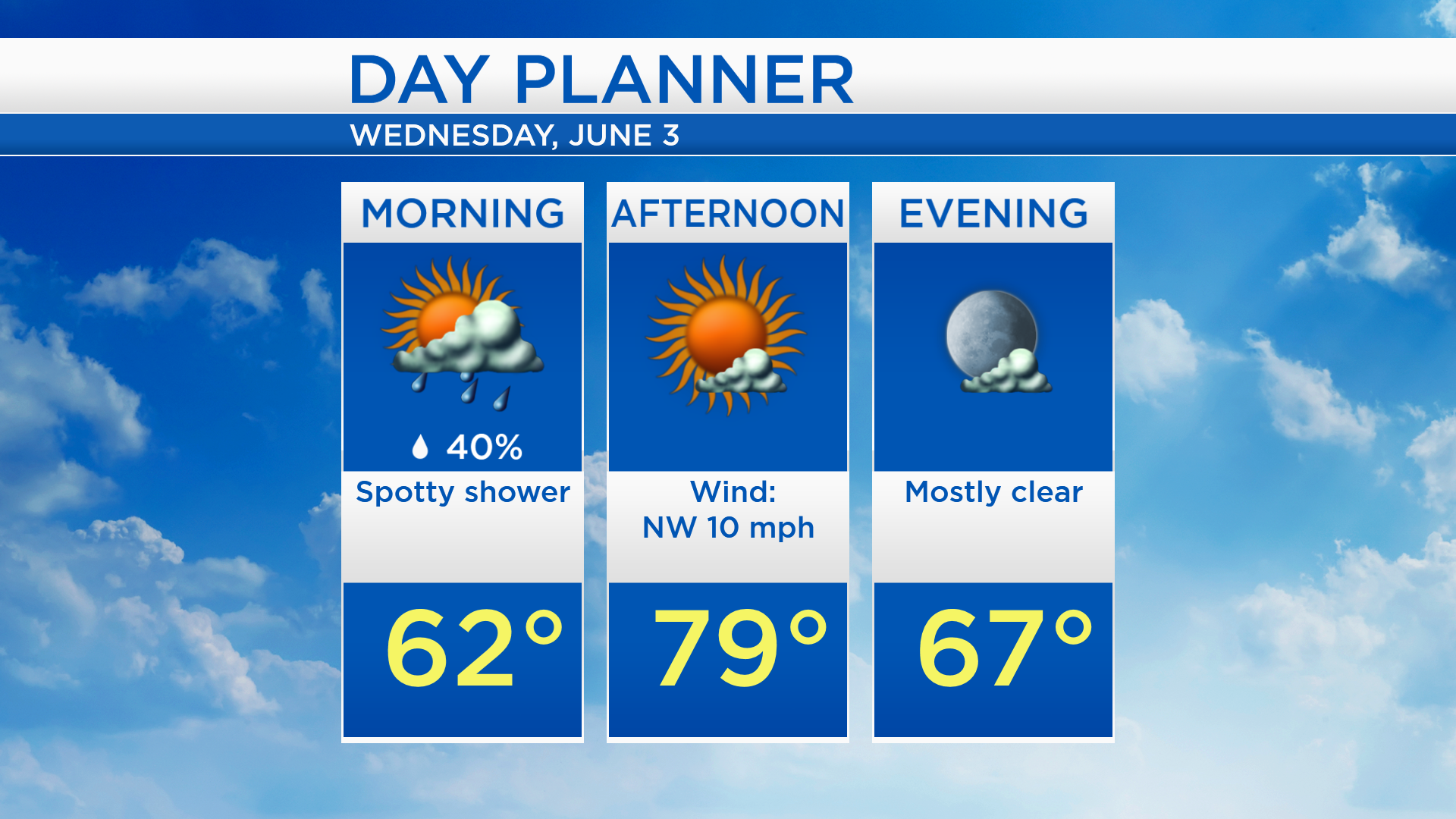 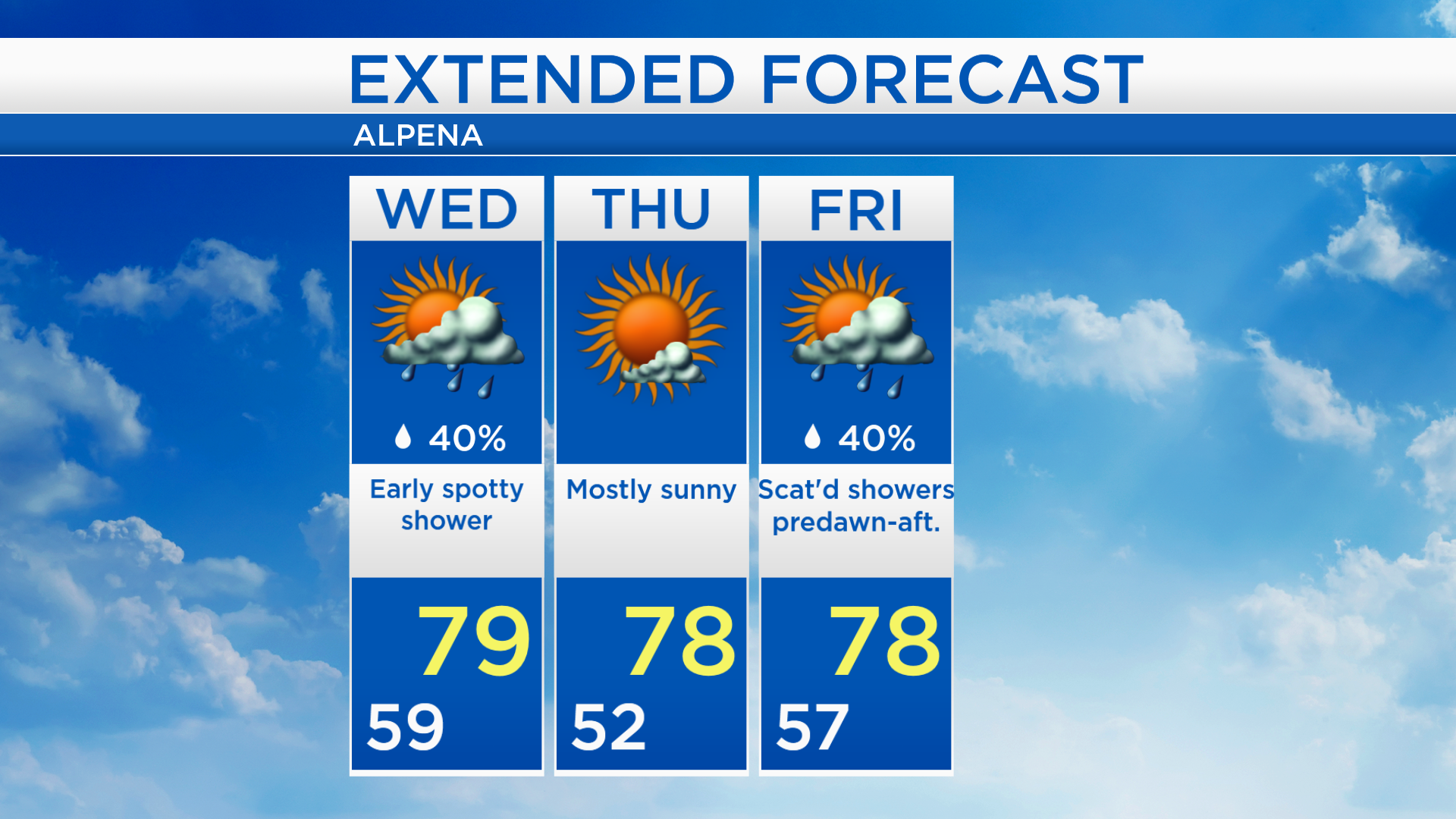 By the way, in the Gulf of Mexico, the third tropical storm of the Atlantic/Gulf of Mexico Basin has been named. Cristobal is moving very slowly near the Yucatan Peninsula of Mexico. It will track to the north, and reach the US coastline of the Gulf of Mexico late on Sunday. The most likely location for landfall appears to be on the Louisiana coast (but there remains some margin of error west and east of Louisiana). 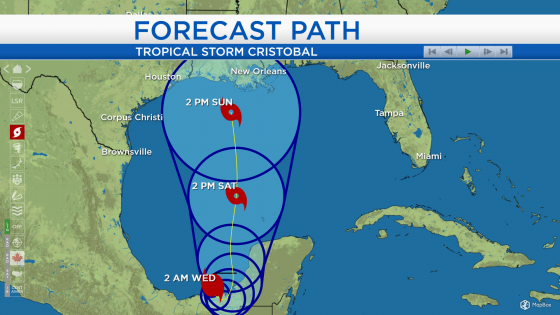