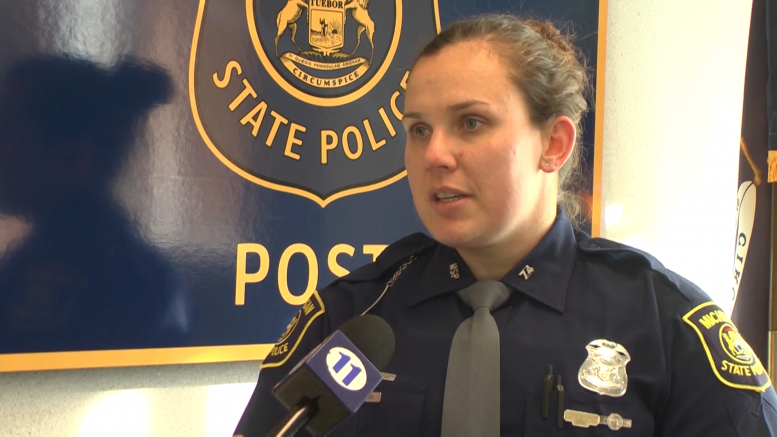 Trooper Ashley Simpson says it's important to be alert behind the wheel.

Alpena — With winter in full swing, it’s more important than ever to exercise caution while driving. Winter road conditions can be hazardous, and Michigan State Police are reminding drivers to take their time and be aware of their surroundings and other drivers.

“With winter driving I think one of the most important things is just to give yourself enough time. By giving yourself the extra time, you’re not going to be rushed. You’re not going to feel like you need to speed, or you need to go faster than what the elements will allow you. If it’s an icy, slick road, just because the speed limit says 45, doesn’t mean that you should be going 45. If we arrive on an accident scene because you’ve run into somebody, you’ve run into an object on the side of the road, you could be cited for violated for violating the basic speed law, just due to the fact that you were traveling too fast for the conditions. ”

Even on dry roads, Trooper Simpson says it’s important to remain focused behind the wheel to avoid getting into accidents.