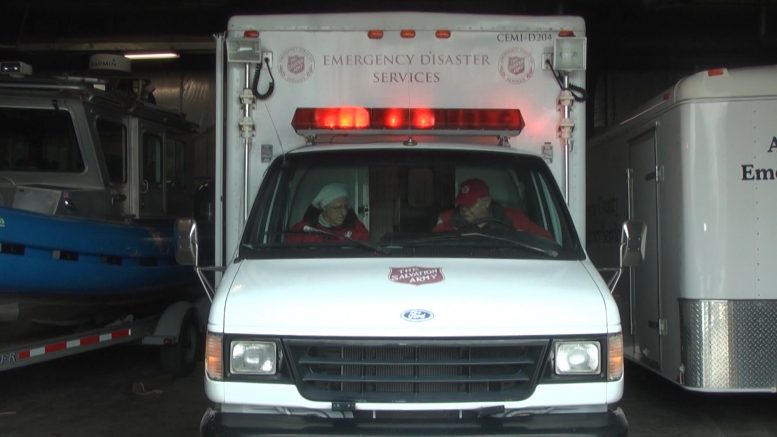 Alpena, Mich. — It’s the big white beacon at the scene that law enforcement and firefighters depend on to replenish their energy.

It’s the Salvation Army’s canteen and it’s operated by Joe and Joyce Demski.

“Our main role is, basically, for the first responders,” said Joe Demski. “When a chief calls or a police chief calls, we go out and offer assistance to them.”

Since 2011, both Joe and Joyce have been driving this ambulance–turned–canteen to scenes like fires all over northeast Michigan.

The Demski’s handout Gatorade, coffee, and food to first responders on scene. Both are retired, so they have the time and energy to respond to calls, but their canteen is struggling to keep up with them.

“We can’t find parts with this thing,” said Joe Demski. “It is very hard find because it’s a ’94, and they just don’t make parts like they used to…”

Maintenance work on the engine, springs, and even rusting of the step slow down the Demski’s from responding. Despite these obstacles, the retired couple still finding a way to stay prepared and help those who are willing to risk it all.