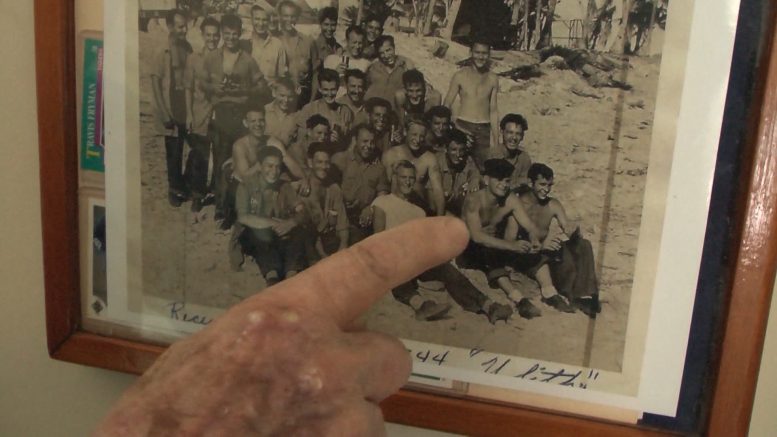 (Photo Courtesy/Mike Beiermeister) Navy Veteran Harry Tolzdorf recalls how little information was given about the D-Day invasion while he was in the Pacific.

American, British, and Canadian forces landed on the beaches of Normandy, France. to liberate the continent from Nazi occupation.

In the Pacific, soldiers fought a different war. Information was scare on what was happening in the world. 95 year-old Alpena native and Navy veteran Harry Tolzdorf served all over the Pacific when D-Day happened. The Navy veteran was a petty officer on two destroyers.

His ships were in 9 different conflicts throughout the Pacific from Iwo Jima to Okinawa. During the war, it was hard for Tolzdorf to follow what was happening on the other front.

“We were in silence,” said Tolzdorf. “We once in awhile would get “Tokyo Rose” messages about how bad we were. That was it… no pictures, nothing.”

Tolzdorf was happy to see the war end on both fronts. Although it was 75 years ago, he still recalls his time in the service and knows the ordeal that each military member faced during World War II.

There was a lot of bad ones [battles], but they just come in one ear and go out the other.”

Photo of the Day for Tuesday, April 16