A few showers are spreading into southern Michigan from a low pressure system over the Ohio Valley — but the rainfall to our south should miss us, moving east of our area. A cold front currently over North Dakota will intensify, bringing widespread rainfall to our area on Thursday. 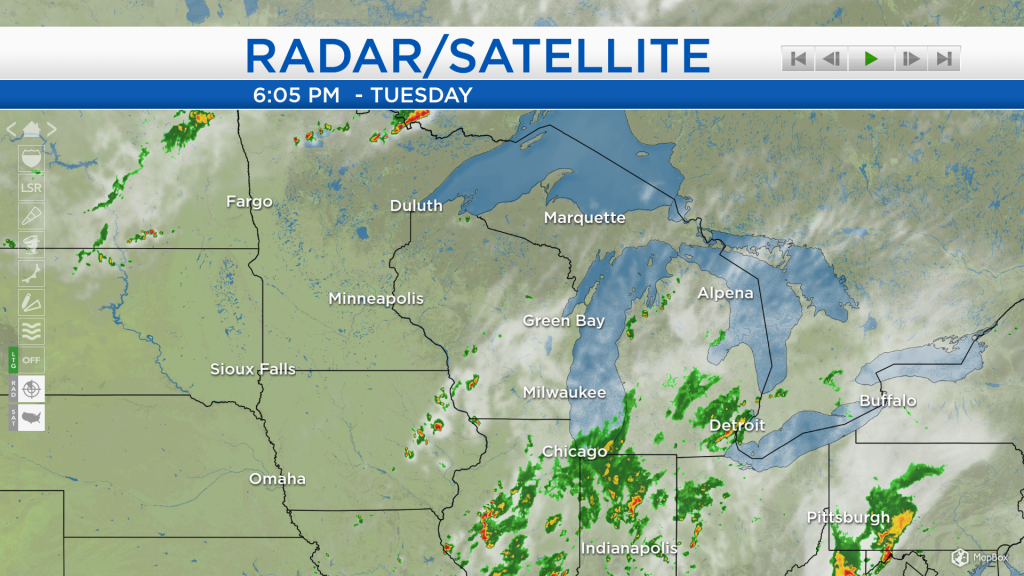 High temperatures today reached the lower 80s across most of the area, except at the lakefront where temperatures were limited to the mid-70s. Similar temperatures are expected tomorrow afternoon, then incoming rain will spell cooler temperatures for our area on Thursday. 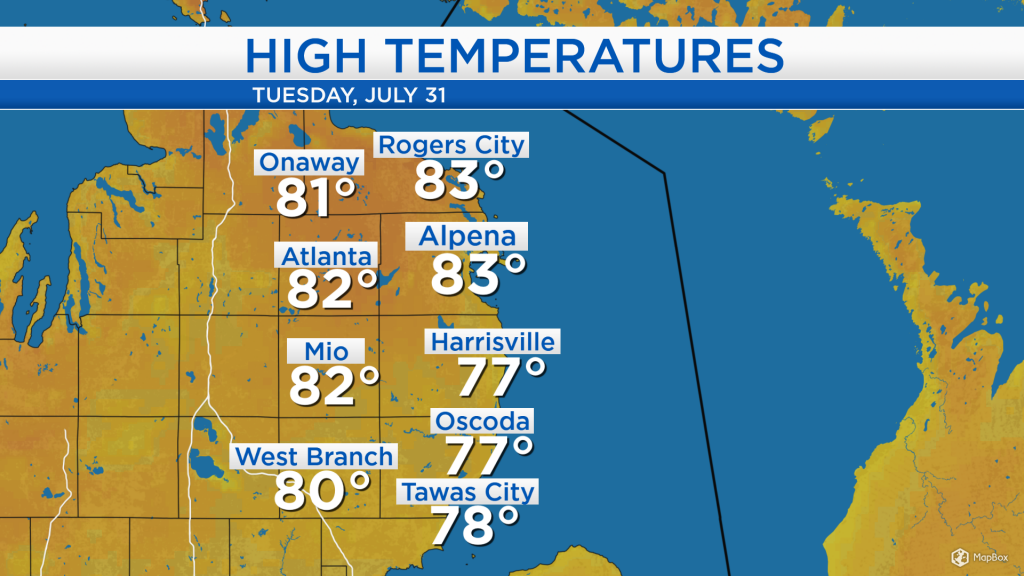 For tomorrow, morning temperatures will be in the mid-60s under partly cloudy skies. Highs will warm into the lower 80s with only a low chance for a brief shower in the late-afternoon. A light breeze will come from the southwest about 5 mph. 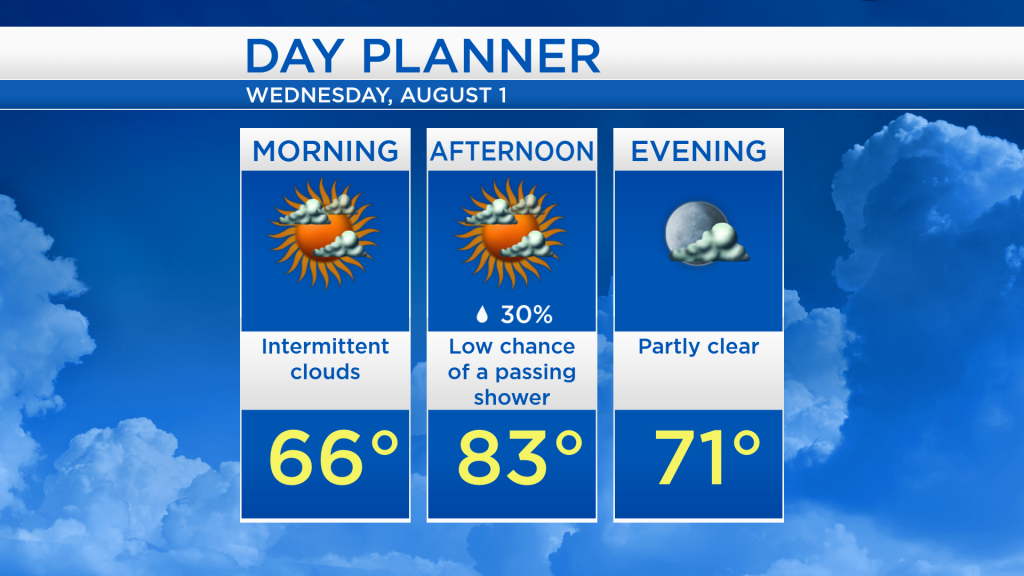 Despite a low chance of showers late in the day tomorrow, skies should remain mainly dry. The highest chance of rain this week will come on Thursday along with a risk of thunderstorms. Approximately one-third of an inch of rainfall is forecast around Alpena. The chance of rain will drop off on Friday as dry weather moves in for the end of the week. 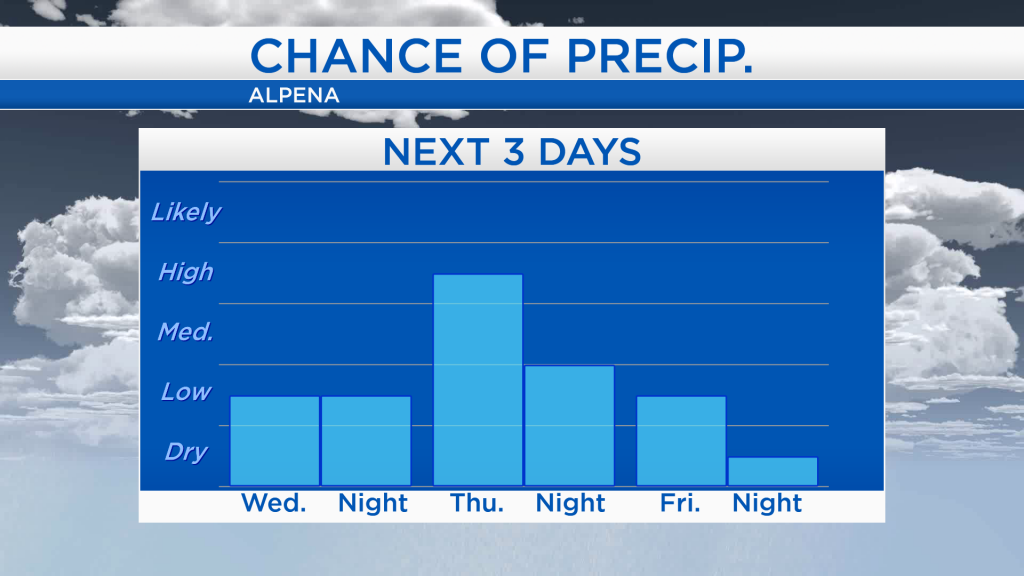 Tomorrow, high temperatures will warm to 83 degrees with partly cloudy skies and a low chance of a passing shower in the late-afternoon. Widespread rainfall including a chance of thunderstorms will move in Thursday, bringing cooler afternoon temperatures in the mid-70s. A warming trend will begin Friday as high temperatures climb to 80 degrees. Then, temperatures will become sultry over the weekend — for the rest of Northeast Michigan’s weather forecast, watch the latest weather video by clicking the weather tab at the top of the page. 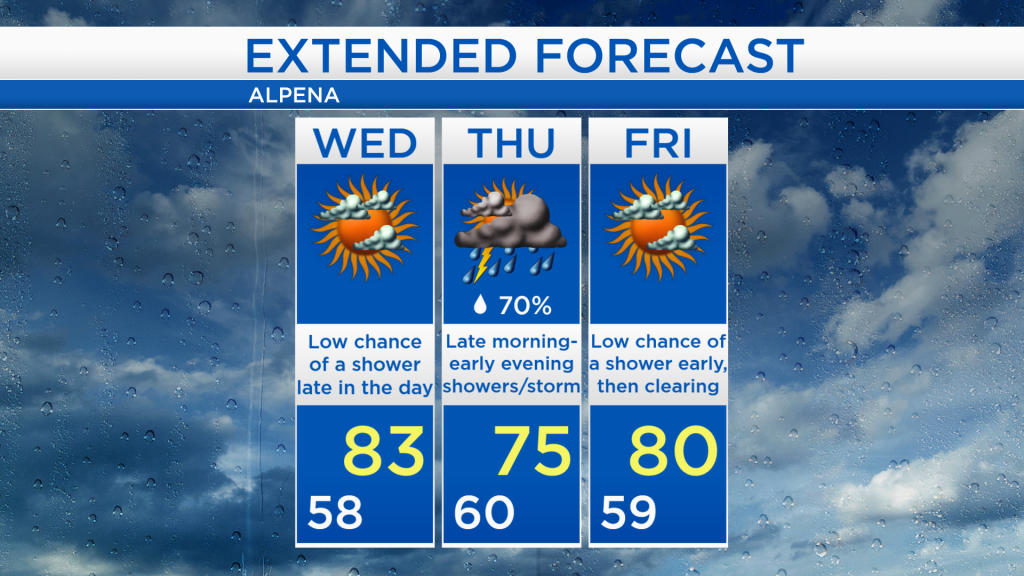