A weak cold front moved through Northern Michigan today, which set off a few showers from 5 to 9 p.m. earlier this evening. Dry weather will take over tonight and continue to Wednesday morning. The next storm system currently located over Montana and Idaho will move into the Great Lakes. It will bring showers starting Wednesday afternoon, becoming steadier rain late-day.

Rainfall amounts Wednesday afternoon through early Thurdsay will be greatest north of Alpena and less south of Alpena. About a half-inch of rain is expected in Presque Isle County. Around Alpena, close to one-quarter of an inch is likely. Near Tawas City, rainfall only looks to reach about one-tenth of an inch. 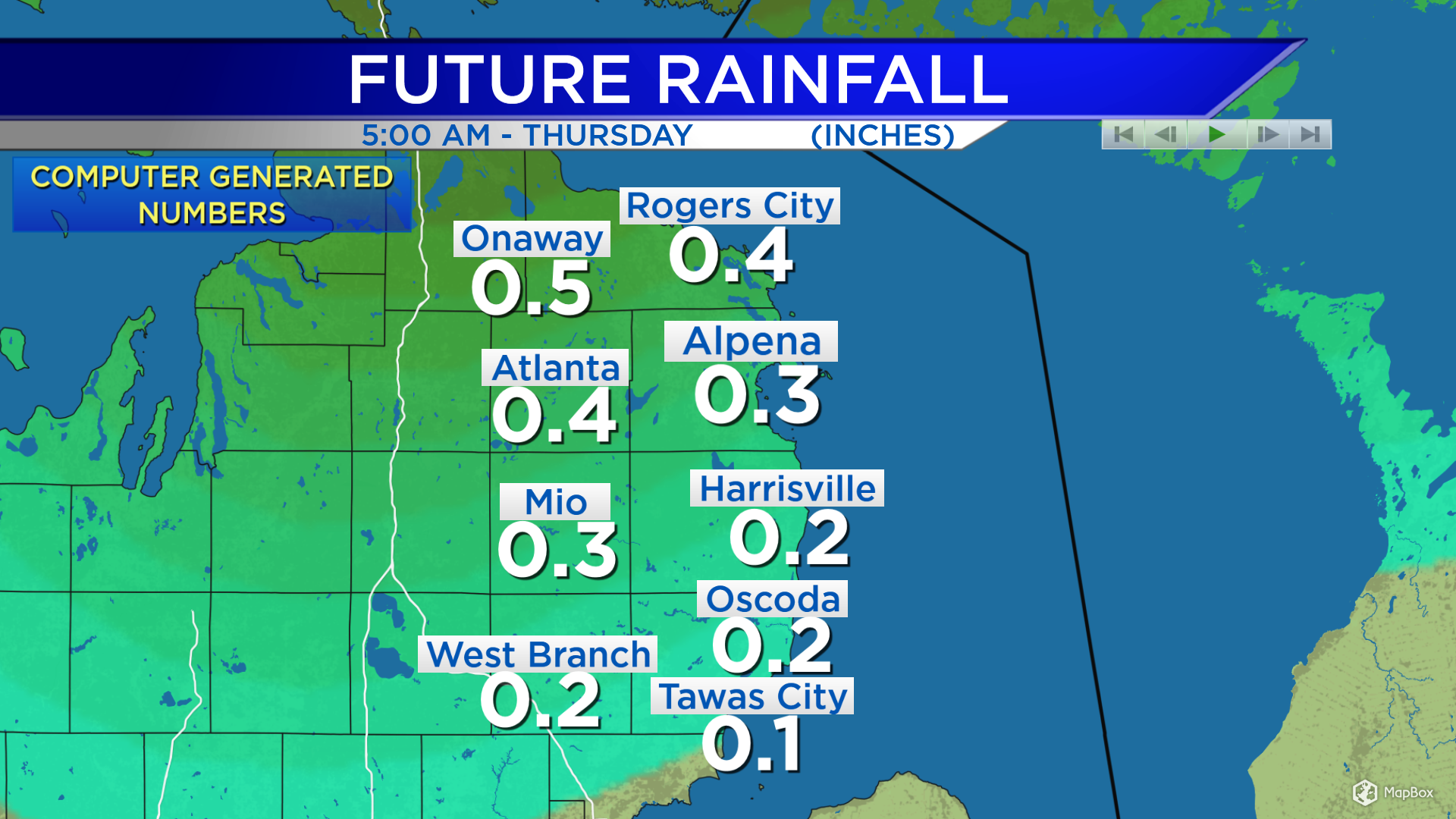 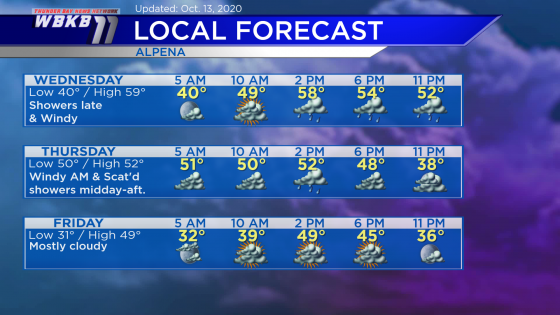