The northern edge of a disorganized system extending from the Southern Plains to the Great Lakes is bringing showers this evening to Northern Michigan. These showers will exit early Wednesday, and cloud cover will clear heading into midday.

High temperatures Wednesday will reach about 79 degrees. Thursday’s highs will warm to the lower 80s with stronger winds from the southwest. A cold front will move across our area late Thursday and give way to sharply colder temperatures Friday. Highs will reach only the upper 60s Friday afternoon. Temperatures Saturday will climb to the middle 70s. 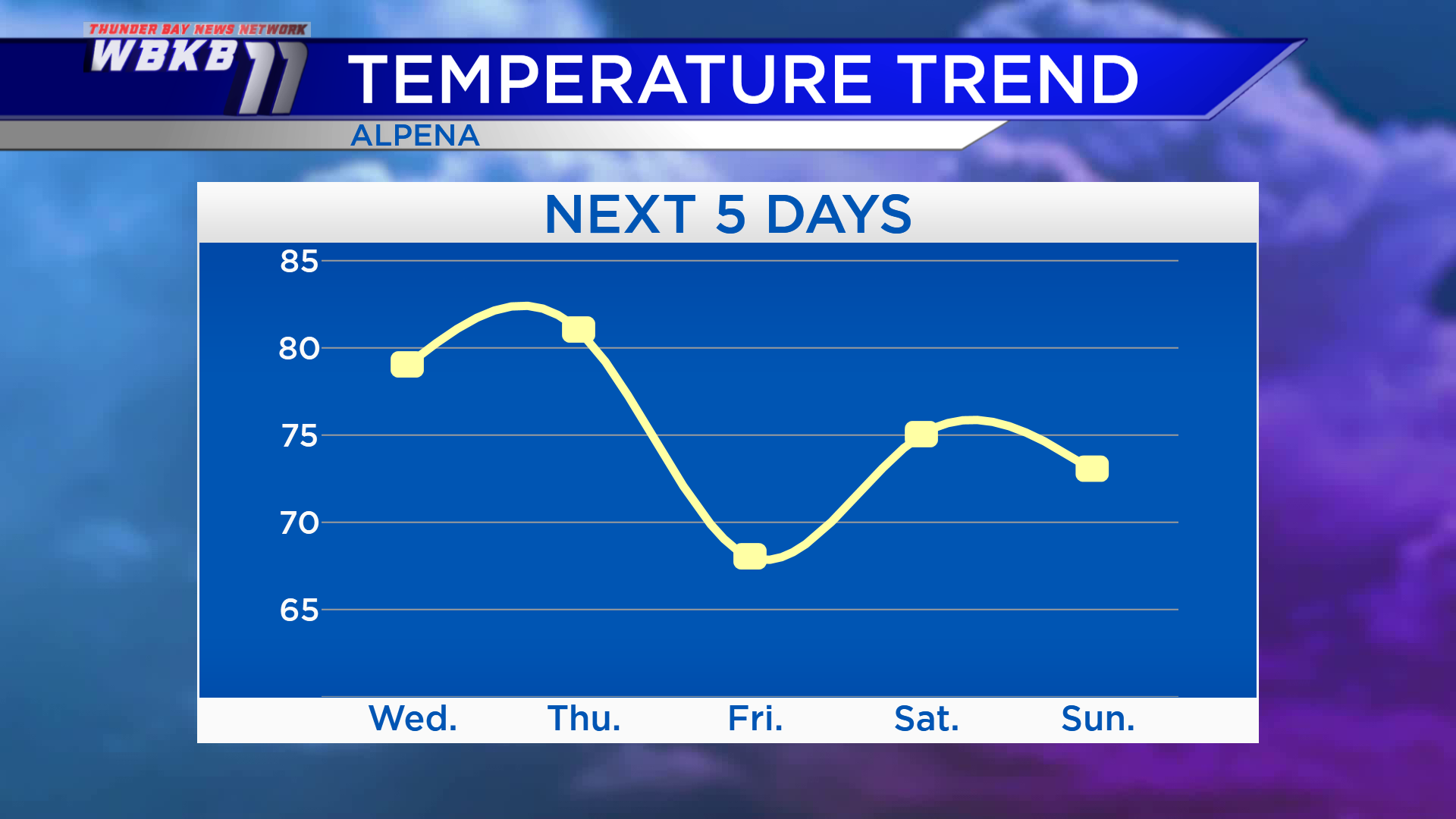 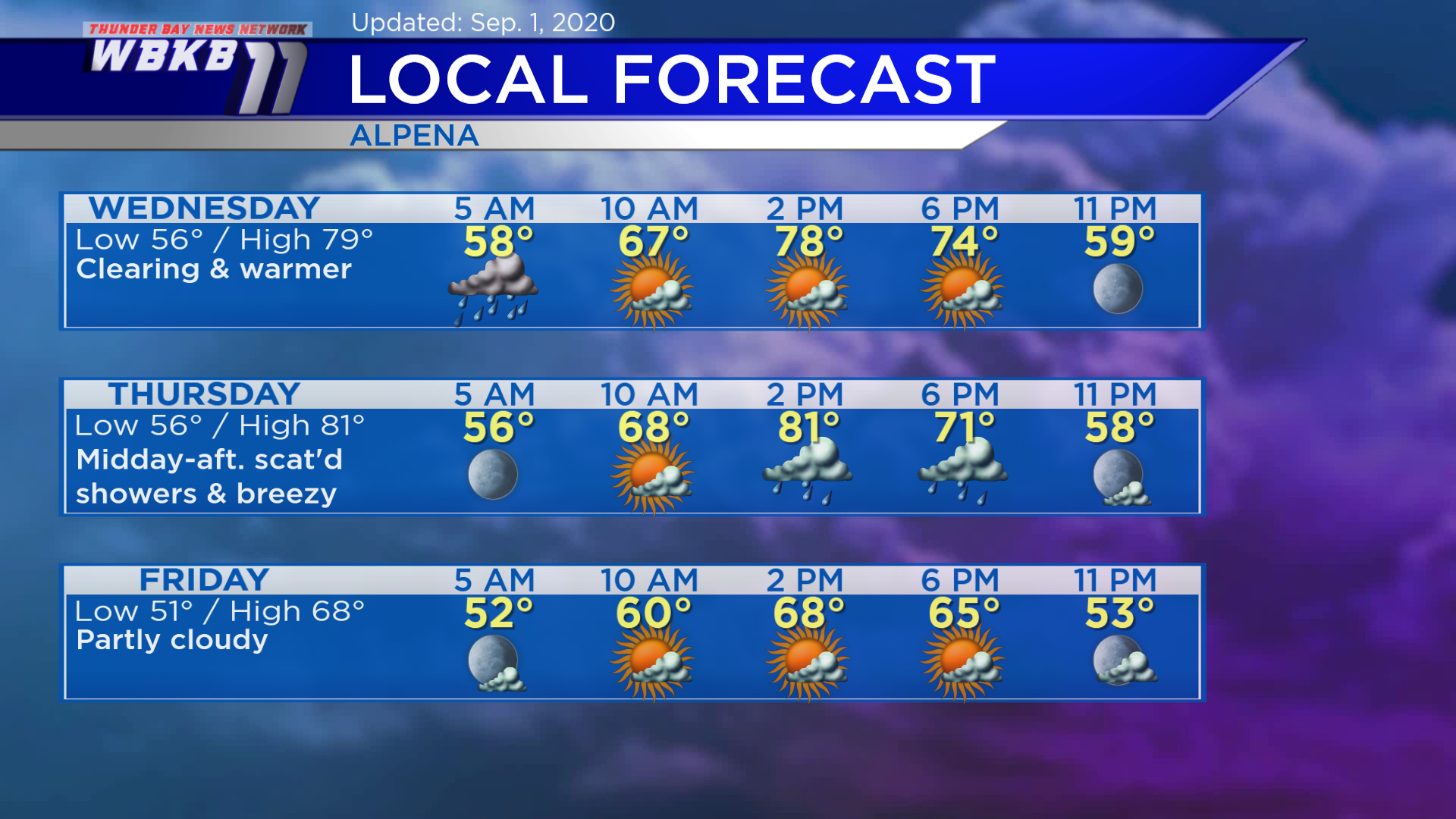