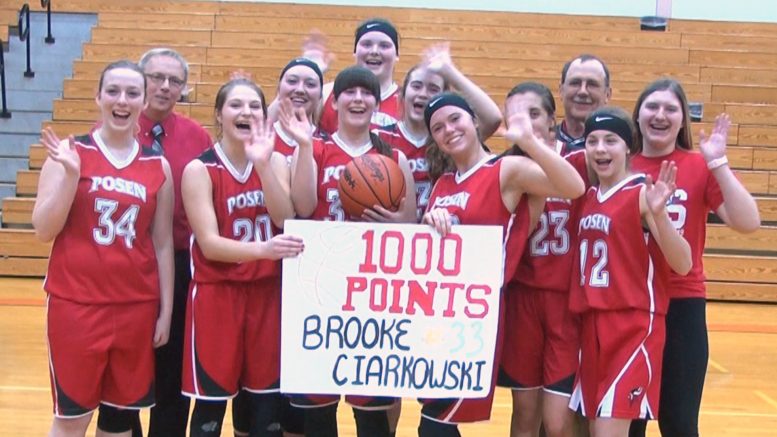 HILLMAN, MI — The Hillman Tigers (3-6) hosted the Posen Vikings (4-6) Friday night for a North Star League-Little Dipper game. The Tigers entered the battle on a three-game winning streak, while the Vikings hoped their senior, Brooke Ciarkowski, would reach 1,000 career points. She only needed five.

The Tigers caused some terror in the first quarter. Bailey Schook was on fire knocking down 6 points and Brooke Jones’ free throws helped Hillman take the early 12-9 lead. Then Ciarkowski woke up in the second making two points and 7 of 10 free throws, one of which marked her 1,000th point. Then the Vikings all surrounded her and awarded the senior with red and white flowers.