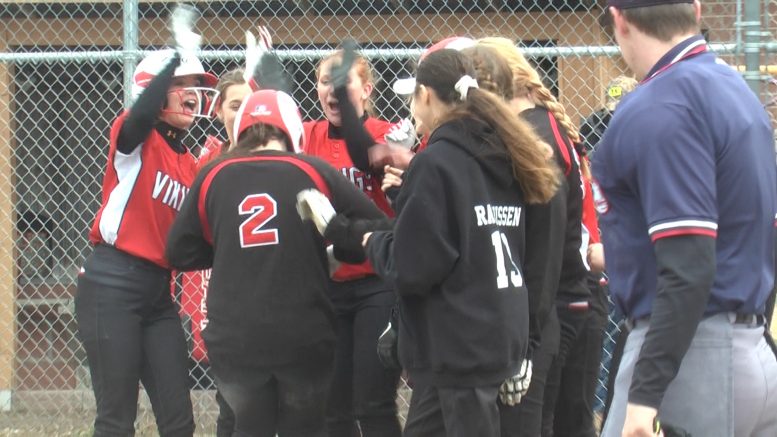 Posen, Mich. — The undefeated Posen Vikings hosted the Au Gres-Sims Wolverines for a softball double-header. Both pitchers struggled on the mound in game one.

Biggest hit of the game came in the fourth inning when Posen had two outs. Senior Brooke Ciarkowski hit a two-run homer to center for her first dinger of the season. The Vikings went up 11-7. 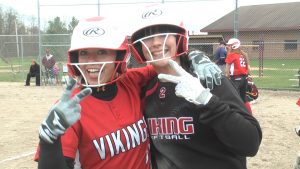 Au Gres-Sims would make another push in the fourth with one out on the board. Madison Findlay hit a sac fly foul, Marlee Walker would tag and get waved home after an error at the plate. The late efforts fell short as Posen topped Au Gres 18-8.

The Wolverines would win game two of the double-header 13-4. The Vikings are now (9-1) overall this season.

Lumberjacks add another pitcher to their softball program

Cardinals roll past the Wolverines