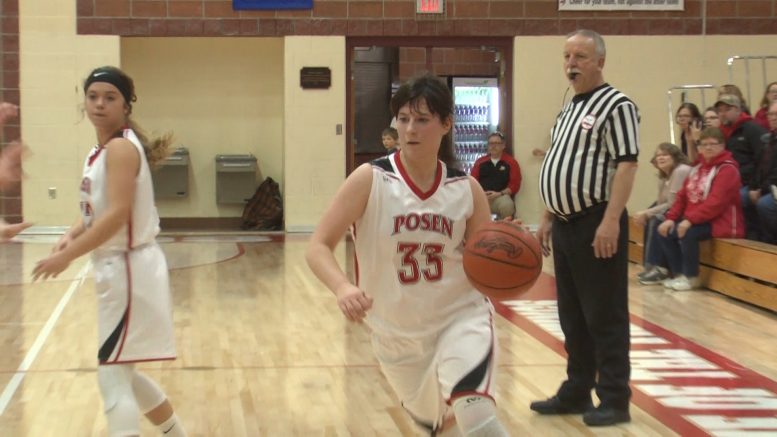 POSEN, MICH — The Posen Vikings hosted the Mio Thunderbolts for a non-conference game. The match was rough and tough, but the Vikings came up with the 58-41 victory improving to a (6-6) overall record. Brooke Ciarkowski led the Vikings with 12 points and Riley Krajniak scored 11. Mio’s Claudia Wilson put up 16 points.

Posen has a sizable lead in the North Star League-Little Dipper with a (4-2) conference record. While Mio is in desperate need for more wins to move up in the Big Dipper. Up next, Posen hosts undefeated Oscoda on Thursday.

Oscoda advances to the Regional Final