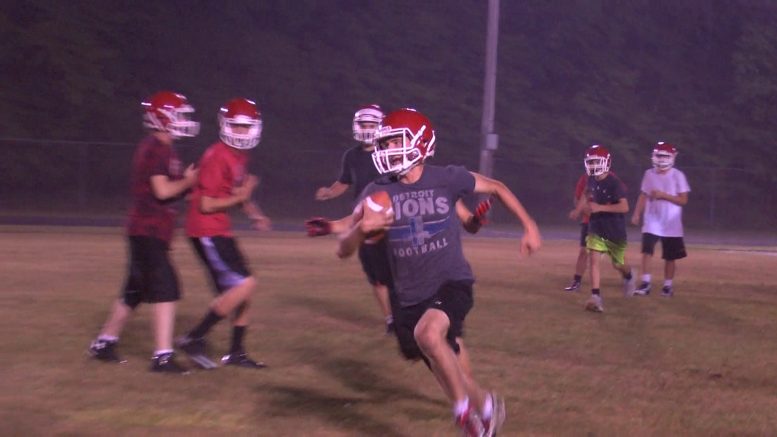 Posen — The Posen Vikings are looking to improve after 2017′ 2-7 season. Fifth-year Head Coach Greg Pietsch has noticed the hard work and dedication this team has shown over the summer. The Vikings are led by returning Seniors Mark Wisniewski and Samuel Brunet.

The red and white are one of the few teams to take on the midnight mayhem challenge, a tradition that has continued for ten years! Ironically, the year the tradition began Posen went 0-9 and the Detroit Lions finished 0-16. Good thing the Vikings are not superstitious.

The spark has been lit in Posen this season and the Vikings are ready to take on the 2018 season.

Hillman’s running back Caleb Sanders is back for week eight

Fairview Escapes With One Point Win Over Posen